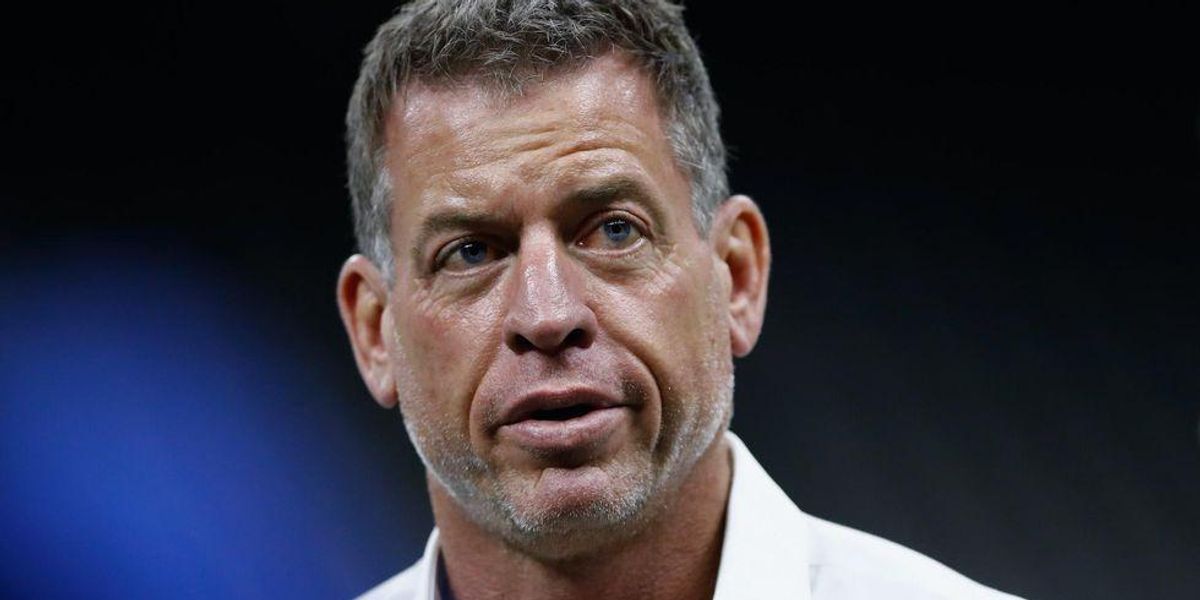 NFL Hall of Fame icon Troy Aikman offered a brief response to the online furor over his comment calling on the league to “take the dresses off” when considering quarterback safety rules.

Aikman made the off the cuff remark after a controversial referee call during the Monday Night Football game between the Las Vegas Raiders and the Kansas City Chiefs.

“My hope is the competition committee looks at this during the set of meetings and, you know, we take the dresses off,” said Aikman.

The former quarterback was immediately assailed by numerous commenters on social media who thought he was being sexist and misogynist.

Video of the comment was widely circulated on social media:

On Thursday, Aikman responded with a short statement expressing his regret.

“My comments were dumb, just shouldn’t have made them,” he said on 96.7 the Ticket, according to WOKV-TV.

“Just dumb remarks on my part,” he added.

He went on to address the overall controversy with the play involving defensive tackle Chris Jones being penalized for landing on top of quarterback Derek Carr before ripping the football out of his hands.

“I do think we’re, as I said, I think we’re over-officiating it. But these are the rules,” Aikman said. “I mean, as the rule reads and if you watch that in real time, it would be hard to look at that play with Chris Jones in our game and not feel like he landed on the quarterback with his body weight, you know?”

The controversial referee call led to a significant benefit for the Raiders who were able to avoid turning over possession of the ball to the Chiefs and went on to kick a field goal before halftime. Despite the call, the Raiders went on to narrowly miss an unlikely comeback against the Chiefs. The Chiefs won by a score of 29 to 30.