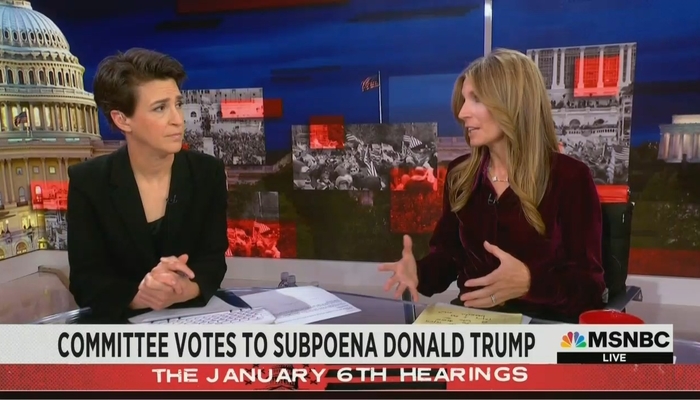 The final pre-election hearing of the Pelosi-picked January 6 Committee was overtly designed as midterm messaging for the Democrats — including in fundraising emails. The media coverage suggests one party is in favor of democracy, and the other one is a mortal threat to democracy.

On MSNBC, Nicolle Wallace insisted to Rachel Maddow that “democracy issues” were a top midterm issue, but the January 6 hearings themselves aren’t breaking through.

Politico just reported that “Overall, less than 2 percent of all broadcast TV spending in House races has gone toward Jan. 6 ads.” CNN’s Stephen Collinson wrote with great concern that “Voters may care more about the cost of French fries than January 6 panel’s compelling evidence.”

We discuss the patterns with NewsBusters Managing Editor Curtis Houck, and he breaks down the major themes of this last hearing. It’s safe to predict that if Republicans retake on or both houses of Congress in 2023, the networks that have provided all this live coverage will immediately lose interest in covering oversight hearings. They all think Trump scandals are urgent, and Biden scandals are a distraction.