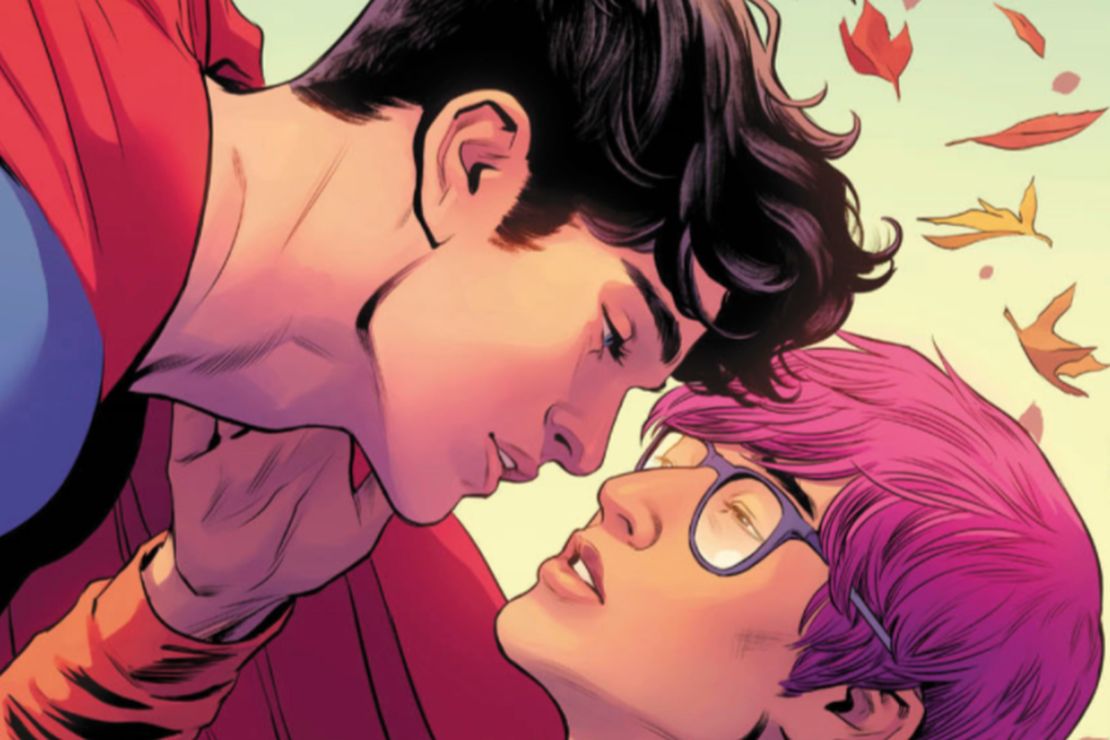 Last fall, it was revealed that DC Comics’ new Superman, Jon Kent (son of Clark Kent and Lois Lane), would be less of a superhero and more of a social warrior, focusing instead on addressing climate change, school shootings, and saving illegal immigrants. If that wasn’t enough to kill your interest in it, this new version of Superman was also revealed to be bisexual, and have a boyfriend. Virtually everything great about Superman was changed, even his motto. The longstanding “Truth, Justice, and the American Way” was changed to “Truth, Justice, and a Better Tomorrow.”

Naturally, our friends on the left gushed over DC Comics’ so-called “bravery” for the new woke Superman, while those on the right criticized the obvious pandering. Dean Cain, the actor who portrayed Superman in the 1990s TV series Lois & Clark: The New Adventures of Superman alongside Teri Hatcher, dismissed the new iteration of Superman, arguing that making Superman bisexual isn’t “bold or brave” like it’s being promoted as, but instead is just a case of “bandwagoning.”

“They said it’s a bold new direction, I say they’re bandwagoning,” Cain said. “You know, Robin just came out as bi […] honestly, who’s really shocked about that one? The new Captain America is gay. My daughter in [the TV series] ‘Supergirl,’ where I played the father, was gay. So I don’t think it’s bold or brave or some crazy new direction. If they had done this 20 years ago, perhaps that would be bold or brave.”

Not only was it neither bold nor brave, but it also wasn’t read. This week it was announced at New York Comic-Con that after a mere 18 issues, the new series is reportedly being canceled due to a lack of sales. The original Superman, Clark Kent (Kal-El), is expected to return as DC Comics’ main Superman.

Despite the reports, series author Tom Taylor is disputing claims that the series has, in fact, been canceled. “Not cancelled,” he tweeted. “Jon Kent’s solo title is being renamed ‘Adventures of Superman: Jon Kent’. so Jon has an iconic Superman series to himself and to include his name in the title.”

Taylor also claimed that the latest issue of Superman: Son of Kal-El was the number one-selling comic on Amazon, including a screenshot as proof.

Not cancelled. Jon Kent’s solo title is being renamed ‘Adventures of Superman: Jon Kent’. so Jon has an iconic Superman series to himself and to include his name in the title.
As for sales, let’s check what the #1 selling comic is on Amazon right now… oh.
Try reporting facts. pic.twitter.com/bDgnha7gUn

However, on Friday, it has since fallen to #72—a clear sign that the comic’s sales were boosted by the publicity over its apparent cancelation—but those sales weren’t sustained.

Data on sales that I was able to track down shows that the first issue of the series sold 68,800 copies, while the fourth issue of Superman: Son of Kal-El sold 37,500 copies and ranked 55th in sales in October 2021. Additionally, last month there was another decrease, this time to 34,000. Hardly a ringing endorsement of the woke Superman series. They can move the character to a separate series all they want, but that doesn’t change the undeniable fact that readers don’t like progressive politics being preached via comics. Comic book readers want great stories, epic superheroes, and formidable villains—not an agenda. If you’re a parent who buys your kids comic books, are you going to pay your hard-earned money for DC Comics to groom your kids to the woke agenda and the LGBT cult? Certainly not.