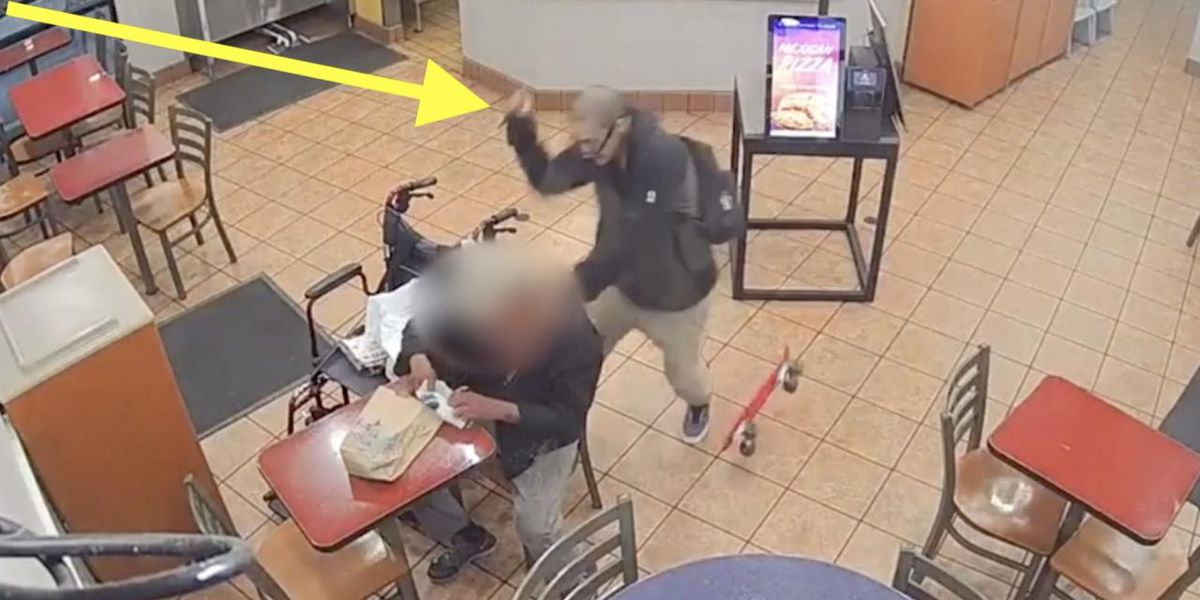 Surveillance video caught the moment an 82-year-old man was stabbed from behind while eating in a Los Angeles Taco Bell, KTTV-TV reported.

Los Angeles police said the suspect on Oct. 3 approached the elderly man from behind as he was dining inside the fast-food restaurant in the 12000 block of Venice Boulevard, KTTV reported. Surveillance video showed an empty wheelchair next to the victim, who was seated in a restaurant chair at the time of the attack.

The suspect then stabbed the victim in the neck and shoulder and ran from the scene, KTTV said, citing police, who responded around 7 p.m.

The victim was rushed to a hospital, KTTV said, and remains as of Thursday on the road to recovery. Fox News said he was in critical condition.

What do we know about the suspect?

The suspect also has a large tattoo on the back of his head and a small tattoo next to his left eye, LAPD added to the station.

Commenters on Yahoo! News were horrified and angry about the stabbing: