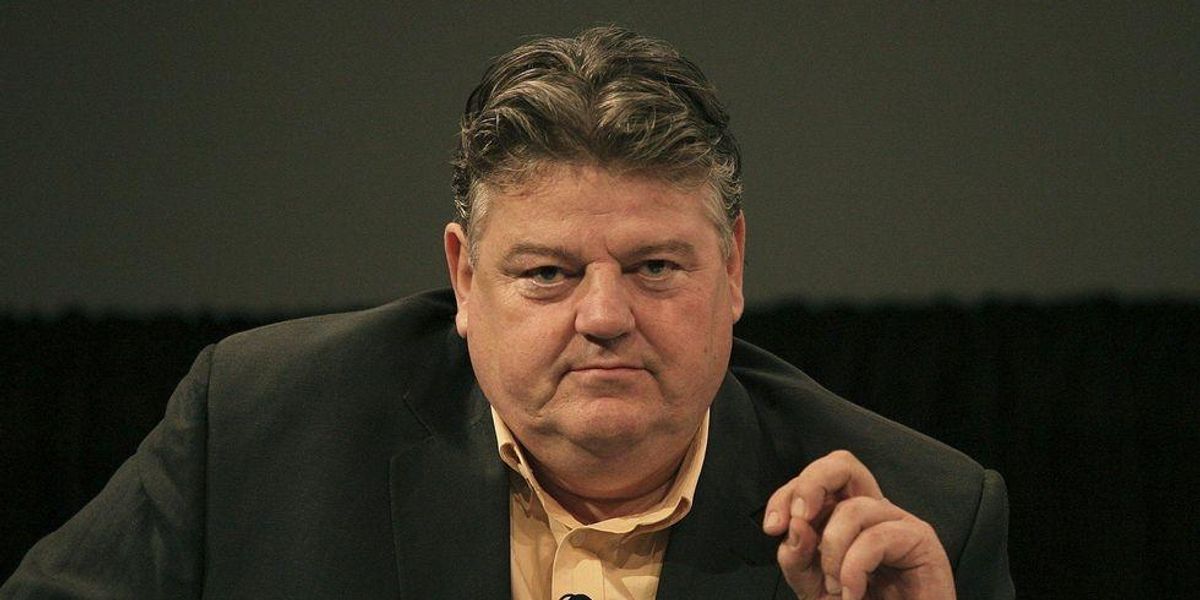 Beloved “Harry Potter” actor Robbie Coltrane died Friday and transgender activists wasted no time in insulting and excoriating him because he once defended creator J.K. Rowling from online trolls.

Coltrane was known for his role as Rubeus Hagrid in the incredibly popular movie series based on Rowling’s books, but he also came to her defense when she was being assailed by transgender activists.

“I don’t think what she said was offensive really,” he said in September 2020 in reference to attacks on Rowling.

“I don’t know why but there’s a whole Twitter generation of people who hang around waiting to be offended. They wouldn’t have won the war, would they?” he joked.

“That’s me talking like a grumpy old man, but you just think, ‘Oh, get over yourself. Wise up, stand up straight, and carry on,’” Coltrane continued. “I don’t want to get involved in all of that because of all the hate mail and all that s***, which I don’t need at my time of life.”

Many took to social media to document their hatred against Coltrane.

“Robbie Coltrane defended she-who-must-not-be-named in her transphobia. Glad to know the world has one less transphobe today because of his passing,” read one tweet.

“Your reminder that Robbie Coltrane sided with a massive transphobe and I hope he’s looking up at us,” said another critic.

“Robbie Coltrane, who supported a f***ing transphobe, died, and I guess people want me to be sad about it? F*** that noise. I don’t care,” responded another critic.

“Robbie Coltrane was a privileged transphobe that uplifted Joanne’s violent transphobic campaign,” read another tweet. “I hope he rots in whatever hells exist.

Rowling posted a remembrance of the actor.

“I’ll never know anyone remotely like Robbie again,” she wrote. “He was an incredible talent, a complete one off, and I was beyond fortunate to know him, work with him and laugh my head off with him. I send my love and deepest condolences to his family, above all his children.”

Here’s more about the death of Coltrane:

Shameful Networks Ignore Sickening Report of California Releasing Droves of Pedophiles
MacIntyre: The Twitter Files reveal the left will win at any cost
The Washington Post tied Elon Musk to a ‘Diet Coke cult’?
Good Neighbors With Guns Detain Man Who Broke Into a Michigan Home With Children Inside
Don Lemon stuns CNN co-hosts when he rejects feminist narrative on soccer athletes’ earnings