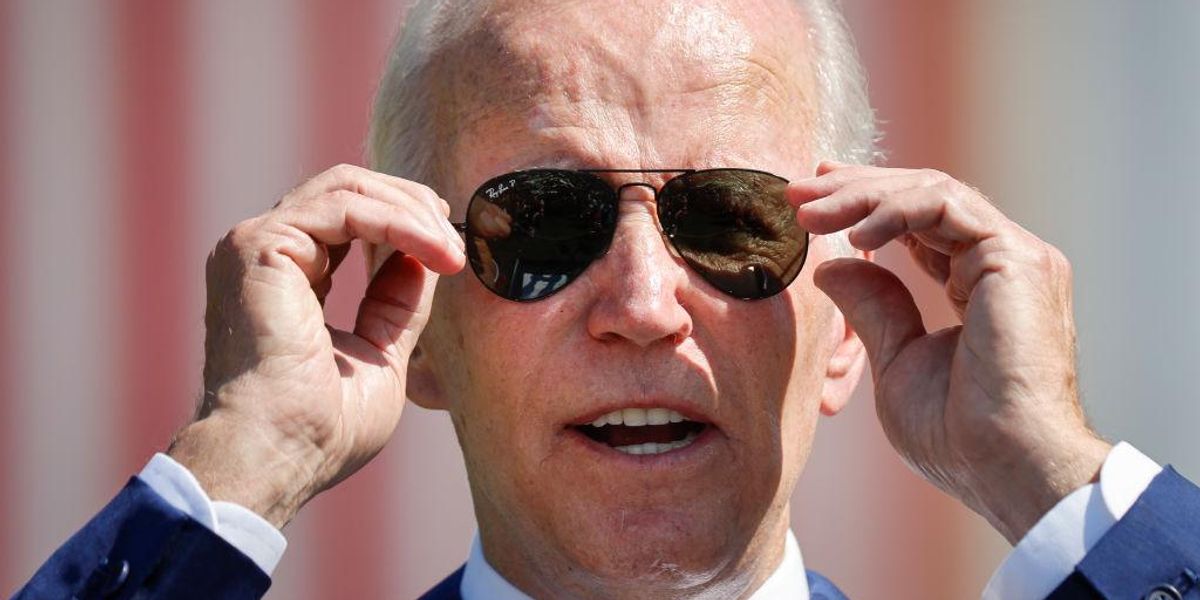 In an effort to curb so called global warming, the Biden administration is coordinating research into the feasibility and efficacy of blocking out the sun, at least partially.

On March 15, President Joe Biden signed Congress’ “Consolidated Appropriations Act, 2022” into law, providing funding for a five-year research plan to be coordinated by the White House Office of Science and Technology Policy (OTSP).

The OTSP, whose deputy director for Climate and Environment was recently sanctioned by the National Academy of Sciences, will work in concert with relevant federal agencies on its “scientific assessment of solar and other rapid climate interventions in the context of near-term climate risks and hazards.”

According to the White House, the “report shall include: (1) the definition of goals in relevant areas of scientific research; (2) capabilities required to model, analyze, observe, and monitor atmospheric composition; (3) climate impacts and the Earth’s radiation budget; and (4) the coordination of Federal research and investments to deliver this assessment to manage near-term climate risk and research in climate intervention.”

CNBC reported that the efficacy of various solar geoengineering (SG) climate interventions will be studied, including stratospheric aerosol injection (SAI), whereby aerosols are sprayed into the stratosphere to block and reflect sunlight back into space.

Spraying sulfate aerosols and other reflective substances (e.g., calcium carbonate particles, aluminum dioxide, or diamonds) into the atmosphere, around 12-16 miles above the Earth, can accomplish what volcanic eruptions have otherwise achieved in the way of partially blocking sunlight and temporarily cooling global mean temperatures.

For instance, the 1991 eruption of Mt. Pinatubo reportedly brought down the global mean temperature by approximately 0.5 degrees for at least a year.

According to NASA, sulfate aerosols do not absorb sunlight, but instead reflect it, reducing the amount of solar radiation that reaches the Earth’s surface. Sulfate aerosols may remain in the atmosphere for several days or, as indicated by Edward Parson, a professor of environmental law at UCLA’s law school, for several months.

Parson noted that the yearly cost of a program to cool the Earth by one degree would be approximately $10 billion. This estimate was corroborated by the Bill Gates-funded SG team at Harvard University.

Last year, the National Academies of Sciences, Engineering, and Medicine issued a report, stating SG strategies “have potential value as one of the tools that could be used to help meet goals for limiting global warming.”

The report also noted that reflective aerosols sprayed into the atmosphere “spread relatively uniformly in longitude and are transported broadly poleward in latitude during their lifetime in the stratosphere,” such that “the cooling effects of SAI would be inherently global.” In other words, American efforts to dim the sun and cool the planet would similarly impact other nations.

Noah Diffenbaugh, professor at Stanford Doerr School of Sustainability, claimed that SAI is a “relatively cheap, relatively effective potential intervention at the global scale that’s likely to have a lot of side effects.”

SAI’s side effects may be myriad, granted any anthropogenic alteration to global or regional climate can impact environmental factors such as sea water temperature, precipitation patterns, ocean acidification, and sunlight intensity. Although temperature may come down as a result of SAI initiatives, the cost, extra to the estimated $10 billion a year, could be draughts, famines, and hurricanes.

SAI is not the only form of social geoengineering likely to be taken up in the White House-coordinated studies. There are several other techniques, including marine cloud brightening (MCB) and cirrus cloud thinning (CCT).

As its name suggests, MCB or marine cloud seeding, entails adding particles to the lower atmosphere as a means to increase the reflectivity of low-hanging clouds over bodies of water, thereby bouncing more thermal radiation back into space.

The National Academies’ 2021 report, underscored how “our limited understanding of aerosol/cloud interactions leads to large uncertainty regarding where and by how much cloud albedo can be modified and whether feedback processes will mask or amplify some of the effects.”

CCT, another alternative, involves modifying the properties of high-altitude clouds as a means to increase the atmosphere’s transparency. Greater transparency would enable more heat from the Earth’s surface to exit.