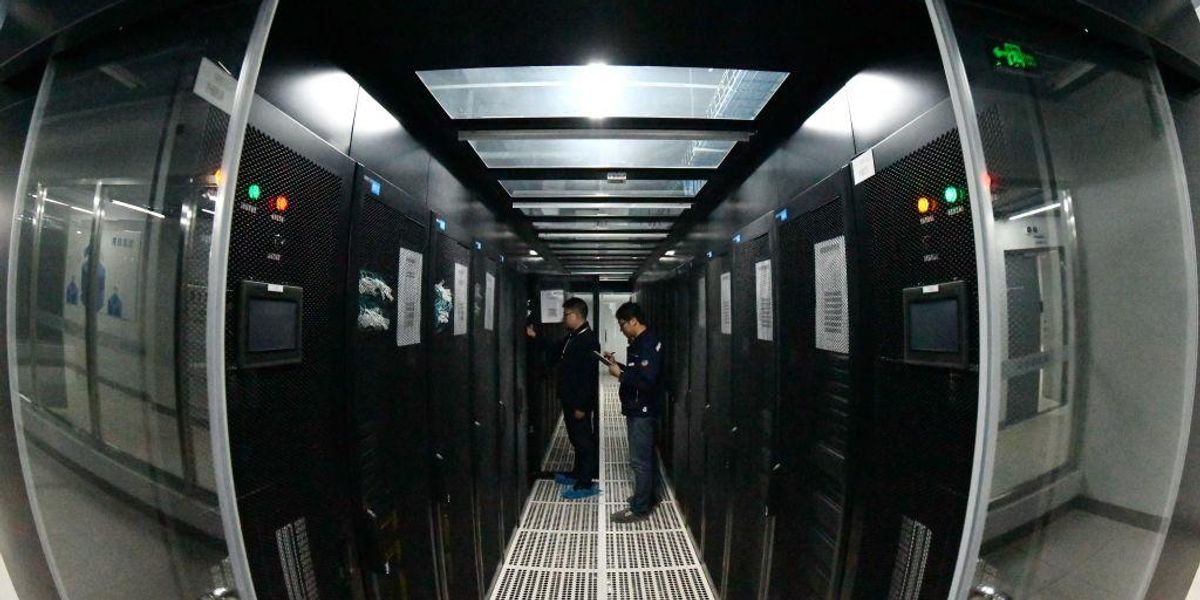 Eugene Yu, the 51-year-old CEO of the Michigan-based election software company Konnech, has been criminally charged again, this time for grand theft by embezzlement. Yu is said to have “fraudulently appropriated public funds” while a contractor for Los Angeles County.

The felony complaint filed in the Superior Court of State of California for the County of Los Angeles alleged that the “funds amounted to $2,645,000 plus the as yet undetermined value of the personal identifying information,” which Konnech stored on servers in China.

Although the company previously claimed that all of its data was stored on servers in the United States, Los Angeles District Attorney George Gascón indicated that Konnech had “allegedly violated its contract by storing critical information that the workers provided on servers in China,” where Yu lived until 1986.

On Friday, prosecutor Eric Neff suggested the crimes allegedly committed by Konnech under Yu constituted the “largest data breach in United States history,” and urged that Yu be held in custody, granted he poses an “extensive flight risk” due to his “deep ties to China.”

Despite Neff’s protestation, Yu was released.

Yu will reappear in court in November to enter a plea. If convicted, he will likely serve time in a state prison.

Extra to the funds tied to the contracts Konnech had with various American municipalities and counties, Just the News reported that the software company also received $247,139 in funding from the Department of Defense.

The Department of Defense has not yet responded to requests for comment from TheBlaze concerning whether the DoD, which is reportedly working in conjunction with the NSA to “protect the security of the 2022 midterm elections from foreign actors,” has been made aware of or is peripherally involved in the ongoing investigation into Konnech’s alleged malfeasance.

Konnech also recently received funding to the tune of $306,000 from the Michigan Economic Development Corporation.

Concerning Konnech’s securement of funds, Democrat Gov. Gretchen Whitmer said in December 2021 that “Konnech’s growth is great news for our state, our families, and our economy.”

Data theft and exposure to the communist Chinese regime

Konnech licenses a proprietary software called PollChief. This election worker management system was used in the last California election by Los Angeles County, where it has a five-year, $2.9 million contract.

Fairfax Republicans indicated that Konnech may have had access to a wide range of American poll workers’ identifying information, including their:

Whiled Fairfax County did not store sensitive data such as banking information and social security numbers, other cities and counties may have.

According to the felony complaint filed on October 13, from 2019 through to this month, Eugene and other employees at Konnech were servicing Los Angeles County “using third-party contractors based in China.”

Sensitive, identifying information of American election workers was sent to these third-party Chinese actors who allegedly had “superadministration” privileges for all American PollChief clients.

u201cKonnech: From the LA County DA Investigation – nn”any employee for Chinese contractors working on PollChief software had u201csuperadminisraionu201d privileges for all PollChief clients … a u201chuge security issue.u201d”nnThe FBI knew about & hid this issue from American voters for YEARS.u201d

Luis Nabergoi, project manager for Konnech’s contract with the County of Los Angeles, described the situation as a “huge security issue.”

In a statement issued after Yu’s arrest, Gascón said, “Data breaches are an ongoing threat to our digital way of life. When we entrust a company to hold our confidential data, they must be willing and able to protect our personal identifying information from theft. Otherwise, we are all victims.”

Since Yu’s arrest, some municipalities and counties have taken steps to protect the data of their poll workers and to bolster election security. NPR’s Miles Parks noted that, with the midterms weeks away, the decision to cut ties with Konnech must come quickly.

u201cVoting officials who are using Konnech software are having to make a decision QUICKLY without knowing whether the allegations are true or what they mean. nnThe election is already under way in many of these counties. Voting is already happening.u201d

The city reportedly relied upon the scandalized company, not just for sending mass letters, emails, and phone calls to polling locations but for various bespoke election-related solutions, including ballot “fast scanning” software and an app for Uninformed and Overseas Citizens Absentee Voting Act (UOCAVA) returned ballots.

Fairfax County, Virginia, cancelled its contract on October 5, citing the need for “an abundance of caution.”

Two days later, Virginia’s Prince William County announced they had suspended using PollChief and were erasing any data contained on their server.

u201c@MrFidget5455 Effective this week, we have suspended using PollChief and are erasing any data contained on their server to avoid any further data issues.u201d

Not all are keen to cut ties with Konnech.

On Monday, Georgia’s DeKalb Board of Registration and Elections held a special meeting and voted 3-2 in favor of maintaining their contract with Konnech. The vote was decided along party lines, with only Republicans dissenting.

DeKalb GOP Chairwoman Marci McCarthy condemned the decision, suggesting that Democrats “would rather align with alleged criminals than put its’ residents’ safety first.”

u201cThe Democrats on the DeKalb Board of Elections just voted to keep Konnech, an election management system that has had itsu2019 CEO arrested for data theft and who has violated the trust of its’ customers and their poll workers. Let that sink in as elections have consequences.u201d

Although Minneapolis’ Elections & Voter Services issued a statement on Oct. 7 claiming they took “these accusations seriously” and were looking into the impact on data related to poll workers, NPR reported that the city still plans to utilize Konnech’s software this year.

Correction: This story has been updated to reflect that Fairfax Republicans had stated social security numbers and banking information were not stored in PollChief in Fairfax County, but that such sensitive personal information may have been stored by other cities or counties.

BREAKING: Warnock defeats Herschel Walker, increasing Democratic control of the Senate
SECRET CDC REPORT: Since the launch of Operation Warp Speed, at least 1.1 million Americans have “died suddenly”
‘We can no longer say this is a pandemic of the unvaccinated’: CDC data indicates vaccinated, boosted people together make up majority of COVID-19 deaths
Joe Biden: Warnock Votes with Me Nearly 100% – Don’t Tell Georgia Voters That (VIDEO)
Is Trump Costing the GOP the Senate Seat in Georgia Again?