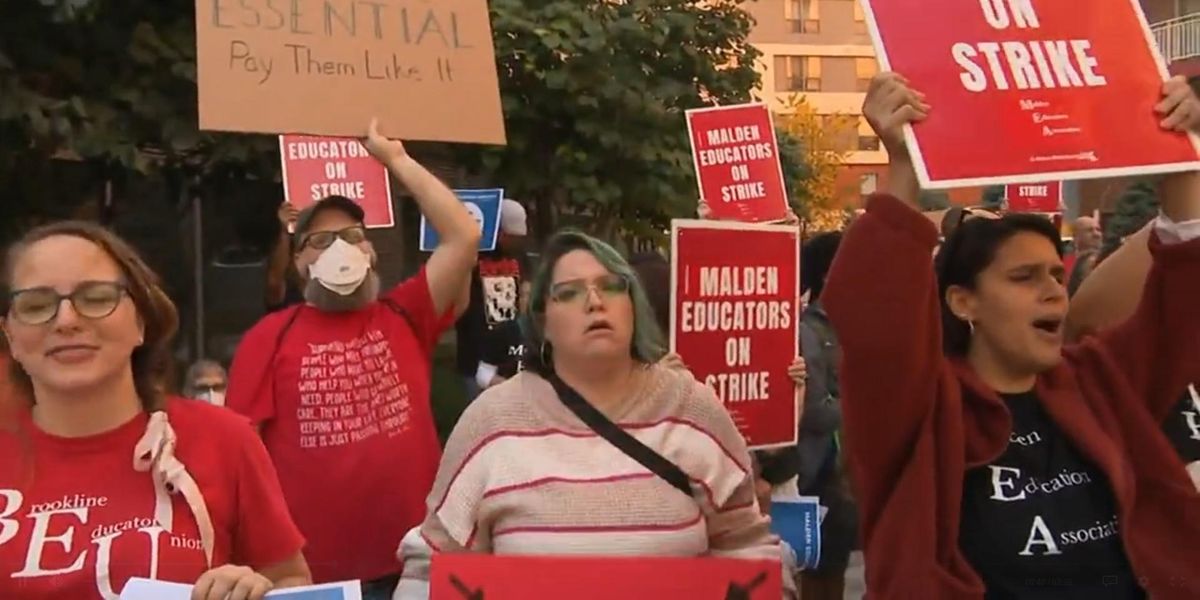 Teachers unions in Malden and Haverhill in Massachusetts have voted to authorize teachers’ strikes that will begin on Monday if their demands are not met, in spite of the fact that strikes by public sector employees are illegal under Massachusetts law. The strikes threaten to once again impact students whose learning needs have been severely negatively impacted by teacher-driven school closures during the pandemic. This time, teachers are threatening to refuse to return to work Monday over things like their wages, staffing levels, and class sizes.

Deb Gesualdo, president of the Malden teachers union, defended the vote for an illegal strike, telling WBUR, “Nobody wants to go on strike. Nobody wants to take an illegal action. But we feel that we are backed into a corner and have to. It’s very serious.”

By “backed into a corner,” Gesauldo means, apparently, that teachers have felt “disrespected” by the offers they have received during the collective bargaining process. “I think it does send a larger and stronger message that we are not going to be stuck in these toxic cycles of endless, disrespectful bargaining that are not just disrespectful to the educators, but are disrespectful to our students, their families and the community,” Gesauldo said.

Negotiations are scheduled to continue on Sunday in the hopes of averting a strike.

Haverhill, meanwhile, does not intend to take the threatened illegal strike lying down. It has threatened to sue the Haverhill Education Association in superior court, in what ought to be an open and shut case if the strike goes forward. Additionally, it has also reported the union to the state Department of Labor Relations, asking for an investigation into the threats of an illegal strike.

Representatives of both school districts condemned the teachers’ unions for threatening to strike, saying that the strikes would not bring the parties closer to a negotiated contract, and would instead only harm students who have already fallen behind academically due to pandemic-related school closures.

At least one elected Democrat in Massachusetts, however, believes not only that the teachers should strike, but also that the law should be changed to specifically allow teachers to unilaterally decide to shut schools down. “Restoring the right to strike is foundational,” State Representative Erika Uyterhoeven told WBZ-TV.

According to WBUR, if the strikes go forward tomorrow, approximately 14,000 students will be affected.