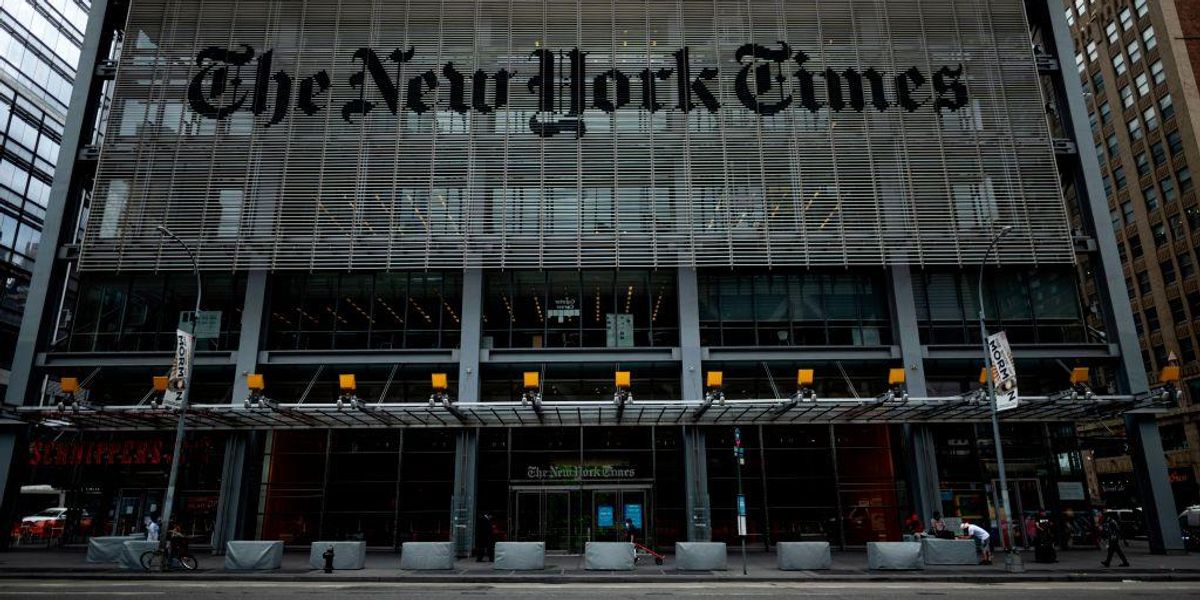 New York Times opinion columnist Charles M. Blow wrote an article claiming that Hispanic Americans could soon be the main proprietors of anti-black racism. Blow’s conspiracy theory is based on an incident that occurred last year in Los Angeles.

Last week, a secret recording from October 2021 between three Los Angeles city council members – all of whom are Democrats – and a labor union leader was leaked online. They are accused of making racist comments during a meeting about redistricting held at a labor federation office. The four individuals involved in the scandal are Latino, and they are Los Angeles County Federation of Labor president Ron Herrera and L.A. councilmembers Nury Martinez, Kevin de León, and Gil Cedillo

The New York Post reported, “The officials were discussing how to maintain political power in the city’s Latino communities when Martinez reportedly called the black son of white colleague Mike Bonin a ‘little monkey’ in Spanish and referred to her fellow Democrat — who is gay — as a ‘little b***h,” while offering to give his adopted son a ‘beatdown.'”

“‘I see a lot of little short dark people,’ Martinez said of that section of Koreatown, employing stereotypes long used against Oaxacans in Mexico and in the United States,” the outlet added.

Herrera and Martinez resigned, but León and Cedillo have retained their positions on the Los Angles city council.

The New York Times opinion writer claimed that the incident was indicative of a future where Hispanic Americans could engage in white supremacy.

Blow began, “I have a theory about the future of America that I don’t want to come true.”

“It is a theory that worries me and that I have written about: that with the browning of America, white supremacy could simply be replaced by — or buffeted by — a form of ‘lite’ supremacy, in which fairer-skin people perpetuate a modified anti-blackness rather than eliminating it,” Blow penned in the New York Times.

Blow accused the Los Angeles councilmembers embroiled in the scandal of “doing the work of white supremacy.”

“Intra-minority racism is complex in some ways, but simple in others,” Blow conjectured.

Blow conceded, “The unfortunate reality is that anti-black white supremacy is not confined to white people or to Republicans, even though they court it and coddle it.”

u201cAs the U.S. becomes less white, white supremacy could simply be replaced by u2014 or buffeted by u2014 a form of u201cliteu201d supremacy, in which fairer-skin people perpetuate a modified anti-Blackness rather than eliminating it, writes @CharlesMBlow. https://t.co/bkhSuPL6Huu201d

BlazeTV contributor T.J. Moe: “You didn’t think the race hustlers would just let their industry die, did you? Nah, they’ll find racism where it doesn’t exist until the money runs out.”

Conservative commentator Kurt Schlichter: “Remember, it’s important to manufacture racial strife to keep these useless pieces of s**t on the grift. Your response is to tell them to go to hell and mock them when you aren’t ignoring them.”

Anarchist author Michael Malice: “A reminder that they don’t believe what they say even as they say it, it’s simply whatever weapon they can use at the moment to maintain their dominance and control.”

Journalist Mike Opelka: “How are these people not laughed out of the journalism business?”

Democratic socialist Bhaskar Sunkara: “Is there really a market for writing like this? Or are editors just confused?”

Researcher Oliver Jia: “Buzzfeed-tier articles like these are why people make fun of the New York Times.”

Columnist Karol Markowicz: “Charles Blow is among the least interesting, least talented, least persuasive and most racist writers in public life. That the New York Times gives him a perch to write crap like this is gross.”

Former Acting Director of the United States National Intelligence Richard Grenell: “Dr. King would criticize Blow as a racist. It’s never about anything but the color of skin with this guy.”

Editor Brent Scher: “‘Oh you guys don’t want to be Latinx…fine, how about white supremacists???'”

Coincidentally in the past year, the New York Times has published numerous articles sounding the alarm that Latino voters are migrating to the Republican Party:

Alyssa Milano virtue-signals about scrapping her Tesla because of ‘white supremacy,’ but flood of comments point out how her new electric car is problematic
Calhoun’s “mouse utopia” experiments are now coming true for humanity as self-annihilation, infanticide and gender distortions become commonplace
Biden calls for ‘stricter gun laws’ before GOP takes House: ‘The idea we still allow semiautomatic weapons to be purchased is sick’
Whitlock: Any American who fails to protect free speech is a traitor
Resident Shoots and Kills 1 Suspected Intruder and Wounds 3 Others During Home Invasion