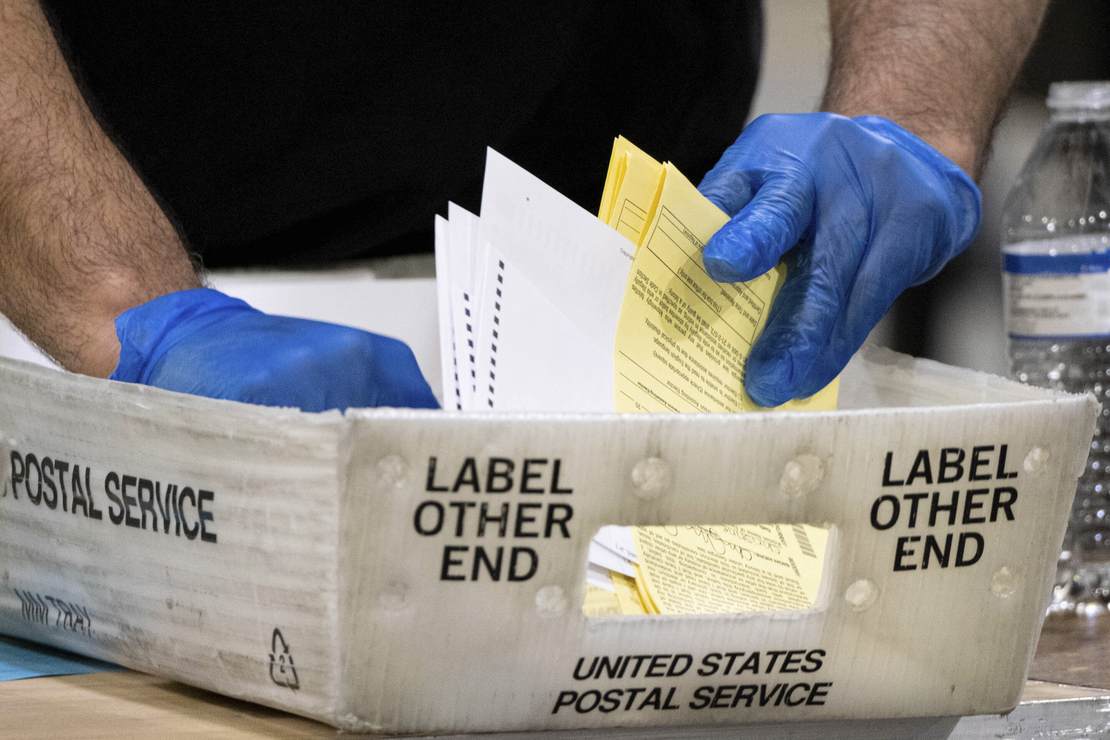 The Pennsylvania Supreme Court has previously upheld that absentee ballots that aren’t signed and dated are “invalid and cannot be counted in any election after the 2020 general election,” and the U.S. Supreme Court vacated a Third Circuit ruling allowing the counting of incomplete mail-in or absentee ballots last week.

“Any ballot-return envelope that is undated or dated with an incorrect date but that has been timely received by the county shall be included in the pre-canvass and canvass,” the guidance reads. The Pennsylvania State Department also tweeted that it intends to count those illegal ballots.

Every county is expected to include undated ballots in their official returns for the Nov election, consistent with guidance & @CommCtofPA decision. Today’s order from SCOTUS vacating Third Circuit’s judgment on mootness grounds does not affect the prior decision of @CommCtofPA. pic.twitter.com/eDiYpvLZYV

Not only does this conflict with the recent court decisions, but even the Pennsylvania Department of State’s election information site explains unambiguously that “if you do not complete the declaration on the return envelope your ballot will not be counted.”

Related: Is the Fetterman Campaign Imploding?

“As the Pennsylvania legislature and U.S. Supreme Court have made clear, undated mail-in ballots should not be counted,” said RNC Chairwoman Ronna McDaniel, NRCC Chairman Tom Emmer, and PAGOP Chairman Lawrence Tabas in a joint statement. “Republicans are holding Pennsylvania Democrats accountable for their brazen defiance of the Supreme Court and the rules duly set by the legislature. Pennsylvania Democrats have a history of election integrity failures and Pennsylvanians deserve better: this lawsuit is the latest step in Republican efforts to promote free, fair, and transparent elections in the Keystone State.”

The lawsuit explains that Pennsylvania requires that “a voter who uses an absentee or mail-in ballot ‘shall…fill out, date and sign the declaration’ printed on the outer envelope of the ballot,” cites the Pennsylvania Supreme Court’s recent upholding of the law, and calls for “a declaration that the date requirement is valid and mandatory, and that the Acting Secretary’s contrary guidance is invalid.” In addition, the lawsuit demands that the Court “immediately issue an order directing county boards of elections to segregate any undated or incorrectly dated ballots received for the 2022 general election,” as early voting is already underway in Pennsylvania.

So, the question is, why would the Pennsylvania Secretary of State be so brazen about defying the courts in counting these invalid ballots? Well, it makes sense when you consider that Pennsylvania is one of the battleground states that could determine whether Democrats hold the Senate majority or Republicans will control the upper chamber after the midterm elections.

For the longest time, it looked like Democrat John Fetterman had it in the bag. But, between bad economic news and Dr. Mehmet Oz hammering Fetterman’s weak-on-crime record, the race has become competitive in the final weeks of the campaign. Multiple polls have shown Fetterman’s lead has shrunk to within the margin of error, and his RealClearPolitics average is only +3.4 at the time of this writing. If you’re a Democrat, you’re probably nervous about this election, especially considering that Republicans clearly have the advantage in enthusiasm this year and Fetterman has had a rather rough couple of weeks.

The bottom line here is that Democrats can’t be trusted when they’re in power. They will always scheme their way to preserve their own power.

Man charged after drug-infused bachelor party turns deadly
It Is Time to End the COVID-19 Vaccine Mandates
Actor Brad William Henke dies in his sleep at age 56
Elementary school principal commits suicide at Disneyland after being charged with child endangerment and battery
‘Reckless driver’ crashes truck into two cars at a Walmart. Police said it was a dog with a ‘guilty look’ on its face.