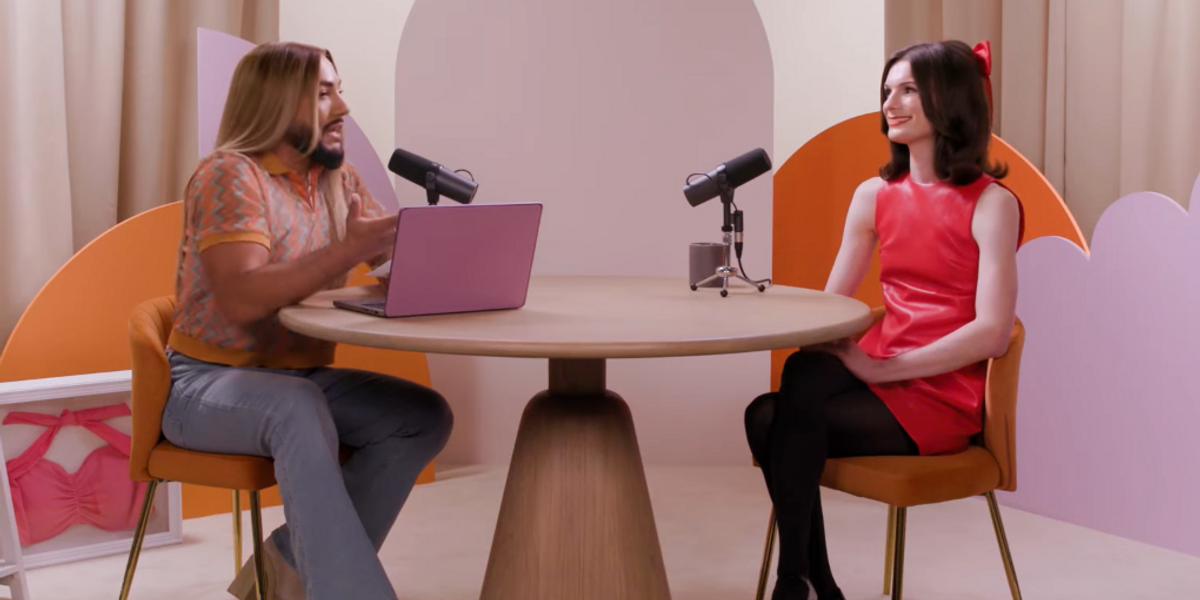 Ulta Beauty is the self-proclaimed largest cosmetics retailer in the United States, boasting more than 1,300 stores across all 50 states. In 2021, Ulta Beauty had $8.6 billion in net sales. However, a recent YouTube video has enraged the makeup company’s female customers and sparked a boycott.

The first episode of the online show featured: “Virgie Tovar – author, activist, and expert in weight-based discrimination – has taken her body back from a fatphobic society and is feeling the sun on her stomach once again.”

The second episode was hosted by gender-fluid Latinx hairstylist David Lopez – who switches from “he/him” preferred pronouns to “they/them” pronouns based on what gender is selected at the time. Lopez has been non-binary and gender-fluid for two years.

The episode also starred transgender activist Dylan Mulvaney to discuss “the good, the bad, and the silly moments that come with finding girlhood.”

Mulvaney is a 25-year-old TikTok content creator who hosts a social media series titled “Days of Girlhood.” The “dylanmulvaney” TikTok account has more than 8.3 million followers and over 263 million likes.

Mulvaney declared that Mulvaney was a “girl” on March 12. In the social media post, Mulvaney mocked negative female stereotypes such as crying throughout the day and buying unaffordable dresses.

On Mulvaney’s 188th day of “girlhood” in September, Mulvaney was a featured speaker at Forbes Power Women’s Summit.

Mulvaney’s latest TikTok video features Mulvaney attempting to enter the Bibbidi Bobbidi Boutique at Walt Disney World. However, the beauty boutique based on the cartoon movie “Cinderella” only allows children ages 3 to 12 to enter.

In the Ulta YouTube video, the gender-fluid man and transgender individual discuss girlhood, womanhood, and motherhood.

The interview begins with Mulvaney claiming that some people upset with her “girlhood” series are transphobic.

“I get a lot of hate about calling myself a ‘girl’ and not a ‘woman.’ And because you know that term, they think I’m infantilizing myself or that you know, once you turn 18 you’re no longer a girl,” Mulvaney said. “So I think some of that’s rooted in transphobia.”

“I think in womanhood, I get shamed a lot for liking pink and liking glitter, and I’m like, ‘Why does that bother you so much?’ They think I’m lowering their standard of being a woman.” Mulvaney said, according to Reduxx – a feminist and pro-woman news website.

Lopez – who is a biological male – replied, “Misogyny. Patriarchy.”

Mulvaney – a biological male – declared, “I know I can find love, I know I can still be a performer, I know I can have a family. I want to be a mom one day — and I absolutely can!”

Mulvaney added, “And that’s why the narrative still has a long way to go because when I was grieving boy Dylan, I didn’t know those things were accessible to me.”

The Ulta Beauty Twitter account replied to some objecting to the content of the video by saying, “We want our channel to be welcoming to people from all walks of life — even people you may not agree with.”

After being hammered for the video, the makeup company hid hundreds of replies before shutting down the conversation and disabling comments.

u201cThis is a short film I just made called, u201c@ultabeautyu2019s Hidden Replies Tell Women Exactly What They Think of Them.u201d I do hope you enjoy it and spread the word!u201d

The reactions to the controversial clip on Twitter were nearly all negative. Some women posted screenshots of them unsubscribing from Ulta’s promotional emails. Others vowed to never shop at Ulta again – which caused #BoycottUlta to trend on Twitter on Saturday.

BlazeTV contributor T.J. Moe: “Confused boys are trying to hijack what it means to be a women. They relegate it to nothing more than a feeling. Feminists are nowhere to be found. Everyone who goes along with this nonsense devalues actual women who have to move to the side while these wannabes are celebrated.”

Blaze writer Delano Squires: “…do it all, except transform into a woman and birth a child.”

BlazeTV executive producer Keith Malinak: “2 dudes mansplaining what it means to be a woman.”

Podcast host Allie Beth Stuckey: “‘I want to be a mother one day, and I absolutely can.’ No, you cannot. You can buy all the eggs, rent all the wombs, and wear all the makeup you want, but you cannot be a mother. And that’s ok. Accept who you are and don’t try to be something you can’t.”

YouTube personality Lauren Chen: “The fact that an adult male is obsessed with girlhood (not even womanhood, but GIRLHOOD) is just straight-up creepy. Whatever happened to shutting up and selling makeup @ultabeauty?”

Advocate for parents Maud Maron: “No thanks @ultabeauty. If you want to know what girls think, ask girls. Grown men in dresses chatting ‘all things girlhood’ is a poor substitute. And creepy.”

Lawyer Jennifer Barreto-Leyva: “Two delusional men pretending to be women. BEING A WOMAN IS NOT A FEELING.”

A Twitter user said, “I really think more women need to wake up to this nonsense. I think too many of us have stayed quiet because we don’t want to hurt feelings and are too concerned with being polite. I’ve had enough. I’m not going to be quiet. Womanface is disrespectful. #boycottulta.”

Another woman wrote, “Imagine being a brand whose target demographic is women and then highlighting MEN engaging in misogyny and the appropriation of womenhood. Pathetic #WomanFace.”

You can watch the entire “The Beauty Of… Girlhood” Ulta interview with Dylan Mulvaney and David Lopez below.

[embedded content]
The Beauty Of… Girlhood with Dylan Mulvaney