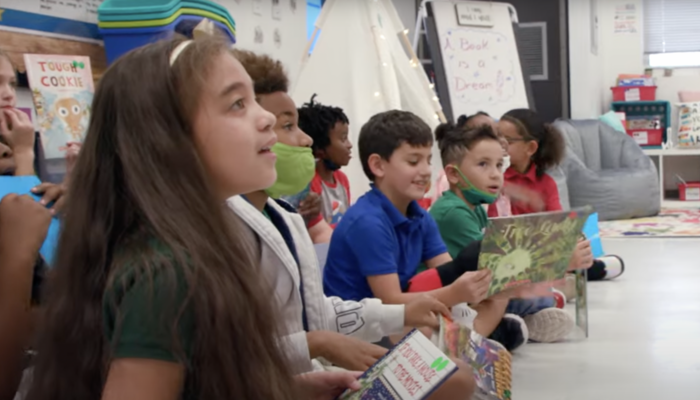 Remember the days when parents could trust what was happening in their kids’ schools? Or when teachers were expected to teach — you know, academics? Well long gone are those days. Last week a Christian teacher in California, Nelli Parisenkova, filed a lawsuit against her former employer, Bright Horizons Children’s Center, after she said the school fired her over her refusal to read LGBT-themed books to her class.

Parisenkova supposedly knew that Bright Horizons possessed LGBT children’s books in the classroom but she was reportedly told that she wasn’t required to read them due to her “religious objections,” as Fox News reported. She worked there for four years with no reported issues but when Katy Callas, the school location’s director, heard about the objection, things changed.

The lawsuit indicated that Callas refused Parisenkova’s request on or around April 7, 2022. Callas, who is lesbian, “took personal offense at Ms. Parisenkova’s religious beliefs,” “questioned her in an irate manner,” and practically forced Paeisenkova to quit by saying that if she didn’t want to “celebrate diversity” that Bright Horizons wouldn’t be the right job for her.

As indicated in the lawsuit:

Bright Horizons issued a counseling memo with false statements, terminated her life-insurance benefits, required her to complete retraining in diversity issues, and encouraged her to resign her position. Ms. Parisenkova could not return to work without an accommodation; so, Bright Horizons terminated her employment.

Parisenkova’s suit called the situation “harassment” and “discrimination” against her as well as the treatment being “despicable.”

Parisenkova was bold enough to hold firm to her religious convictions but she shouldn’t have had to. The lawsuit indicated that Parisenkova was in charge of children aged one through five years old and was expected to read books to them that promoted the LGBTQ agenda. That IS despicable.

It’s crazy what lengths teachers and parents who disagree with some leftist talking points have to go to just to protect themselves and their children. Back in 2021, a Loudoun county teacher, Laura Morris, resigned after being told she needed to teach her class about Critical Race Theory. Numerous parents have protested across the nation over schools shoving queer ideology in their kids faces. And even governors have had to create bills to protect kids from LGBTQ content and rhetoric being spewed in class.

It’s a disturbing reality to look at what the media promotes and how schools are a great outlet for leftists to push their side of the isle. I wouldn’t be surprised if stories like that of Ms. Parisenkova’s started popping up more frequently.