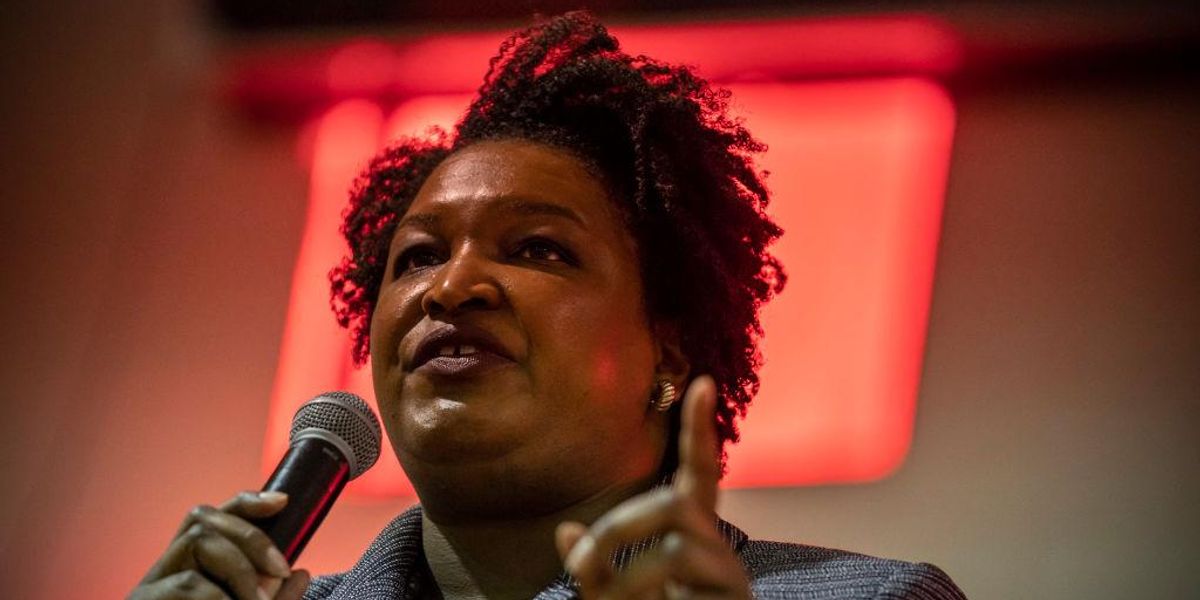 Fair Fight PAC, a political action group founded by Stacey Abrams, the Democrat running against Gov. Brian Kemp (R) in Georgia’s gubernatorial race, has come under intense scrutiny after it was revealed the relatively inexperienced friends and family of its director were getting significant paydays while maintaining other full-time jobs.

On Friday, in response to a critical Fox News Digital report, Fair Fight PAC issued a statement, noting that on October 13, the organization “became aware that PAC funds may have been incorrectly paid to consultants.”

“Fair Fight strives to serve with the utmost integrity, as is core to our values. We take these matters seriously and have initiated a comprehensive investigation,” the statement added.

u201cThe Fair Fight political organization founded by Stacey Abrams is investigating whether funds from its PAC were u201cincorrectly paid to consultants.u201d #gapolu201d

Abrams founded Fair Fight PAC in 2019 after she lost the Georgia gubernatorial election the previous year, the result of which she has repeatedly called into doubt. The PAC is an offshoot of Fair Fight Action. Its stated aim is to promote “equitable elections” in the state.

Axios touted it as the “strongest Democratic lobbying force at the Capitol when it comes to voting policy.”

It’s all about who you know

In a December 12, 2019, Voyage Atlanta interview, Fields named a number of close friends, two of whom, namely Asa Fludd and Cruz Alvarado, have both received tens of thousands of dollars from Fair Fight PAC.

Fludd received $29,800 in training consulting payments from the PAC since 2021. Alvarado collected $29,000. Neither have a background in politics. The former has worked in computer systems training and the latter in the event industry.

While Fox News Digital indicated the amount paid by the PAC to these three individuals was over $178,000, CNN’s review of the FEC filings from this and the previous election cycles suggest the figure may be closer to $250,000.

On October 14, Republican Gov. Brian Kemp tweeted: “Stacey Abrams’ group is using hundreds of thousands in political donations to make sure her friends are taken care of while families struggle with 40-year-high inflation.”

u201cStacey Abramsu2019 group is using hundreds of thousands in political donations to make sure her friends are taken care of while families struggle with 40-year-high inflation. Georgians deserve someone who will fight for them. Thatu2019s what Iu2019ll continue to do. https://t.co/qj87UCTXxhu201d

Kemp’s press secretary Tate Mitchell stated on Friday that “After facing a resounding defeat in court over false claims of voter suppression that Stacey Abrams used to deny the results of the 2018 election, Abrams’ favorite slush fund has been caught red-handed funneling hundreds of thousands in salary to family and friends who have no connection to the organization’s stated purpose.”

Mitchell’s mention of Abrams’ “resounding defeat in court” was a reference to Fair Fight Action’s lawsuit, which alleged Georgia had “grossly mismanaged” the election. On September 30, U.S. District Judge Steve Jones in Atlanta rejected that lawsuit, stating that “the challenged practices violate neither the constitution nor the [Voting Rights Act of 1965].”

Mitchell added: “While hardworking Georgians struggle to make ends meet thanks to the Democrat-created economic crisis, Abrams is using her political groups and the millions at their disposal to line the pockets of her pals.”

These questionable payments will likely be raised on Monday, when Kemp and Abrams take the stage for their first televised debate of the election at the Atlanta Press Club.

Mitchell has intimated that among the achievements Kemp may highlight in the debate will be how he “refunded over $1 billion to Georgia taxpayers, signed the largest state income tax cut in Georgia history, and suspended the state’s gas tax to provide economic relief to Georgians facing 40-year-high inflation and skyrocketing gas prices under the Biden administration.”

AZ Central indicated Abrams will likely discuss her plans to address Georgia’s housing crisis, her affinity for abortion, and her opposition to constitutional carry.

An October 10/11 poll from the Trafalgar Group puts Kemp 9 points ahead of Abrams. The Hill/Emerson poll has Abrams trailing by 5 points.

Roger Stone Reinstated On Twitter – Hopefully Gateway Pundit Is Next!
Democrats want to use banks to squelch gun purchases like they used social media to silence political opponents
Warnock Is Just as Weak a Candidate as Walker
Musk Promises to Release ‘Everything We Find’ After Dorsey Asks Twitter Files Be Made Public
EXPOSED: Joe Biden’s Shameful Complicity With Anti-Semitism in His Party