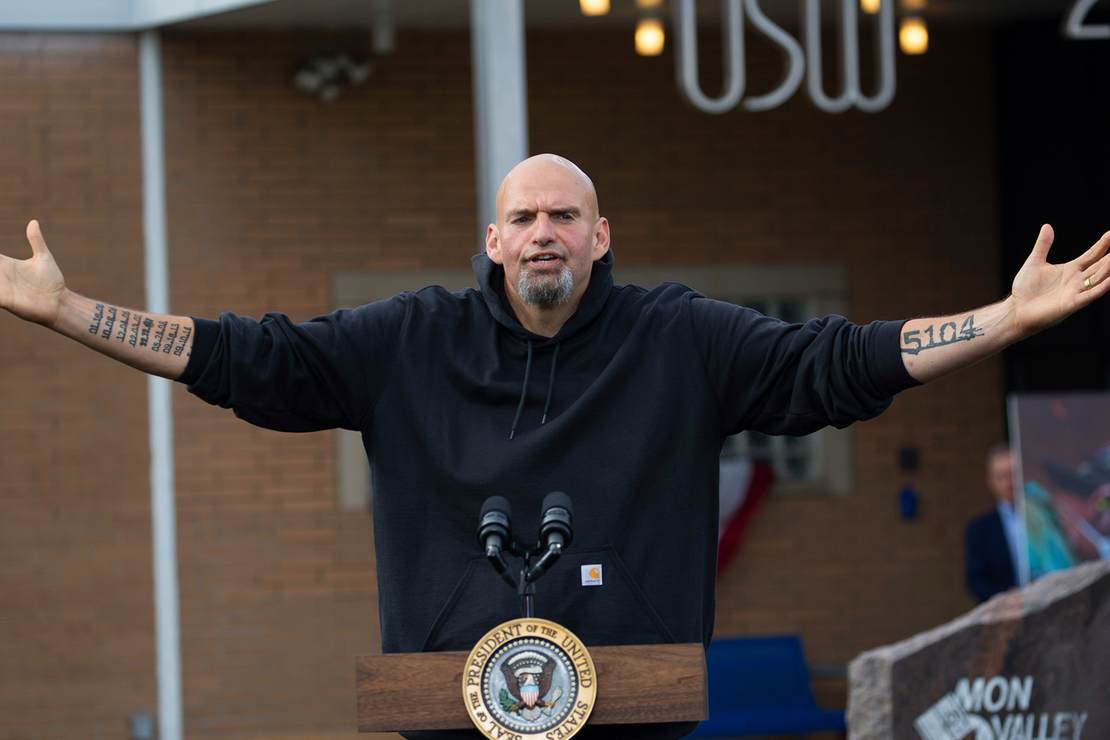 His campaign has maintained for months that he is recovering from the massive stroke in had in May. But, as the election draws closer, Fetterman’s efforts to keep up appearances have undoubtedly exposed that he is far from being capable of handling the job of U.S. senator. His campaign appearances have been few and far between, but footage from those events has made it clear he’s got problems, such as this beauty right here:

John Fetterman: “Send me to Washington, D.C. to take on—to make sure I push back against work to work.”

This man cannot string together a coherent sentence.
pic.twitter.com/jPkXwMTlJb

Not helping matters, Fetterman’s wife Gisele blasted Burns, calling her comments “ableist” and offensive to those with disabilities. In an apparent attempt to throw the Fetterman campaign a lifeline, a Rolling Stone “journalist” accidentally made the problem worse.

Politics reporter Kara Voght rushed to Gisele Fetterman’s defense with a puff piece published Saturday. Voght’s efforts turned into an unforced error. Thinking she was doing the campaign a favor, she promoted the article on Twitter, writing “I wrote about @giselefetterman, and how her husband’s stroke transformed her from a reluctant political spouse to de facto candidate and political star.”

Eventually, after Voght realized it wasn’t actually a good thing to say the candidate’s wife was now the “de facto” candidate, she deleted the tweet.

But it gets worse. Voght explained the deleting of the tweet by saying, “I deleted a previous tweet sharing this story in which, in hindsight, I was imprecise with my word choices and what I intended to convey about Gisele’s role.”

There’s just one problem with that explanation. Her description of Gisele’s role in the campaign came right out of the article she wrote (emphasis mine):

Then her husband had a stroke four days before the primary for the U.S. Senate. Suddenly, the reluctant political spouse became the de facto candidate. “I just had to survive, I just had to go,” she says of that time. Did she consider asking John to step out of the race? “It wasn’t my decision to make,” she says. “If you have the ability to make lives better, then it’s your duty to do so. And if he has the green light from every doctor, then I support that.”

Clearly, the problem wasn’t her choice of words because her article was clearly written and published after having presumably gone through an editing and approval process. Her assessment was, without a doubt, correct. If her words were “imprecise,” then why is the quote still intact in the original article? It may not be for long, so I’ve archived the page here.

In coming to Gisele’s defense, Voght admitted that John Fetterman’s cognitive impairments are so severe that his wife has taken over as the candidate. If he can no longer handle being the real candidate, then how can he handle being a U.S. senator? The obvious answer is that he can’t. And what’s the use in pretending otherwise?

Does this not sound suspiciously like the dynamic between Joe Biden and First Lady Jill Biden, who has been seen acting as his handler and has even taken on responsibilities in the administration that she has no business being involved in, such as being involved in the G7 summit or holding diplomatic discussions with the prime minister of Japan?

Joe Biden isn’t well, and he’s embarrassing the entire nation on a daily basis and taking the country down with him. Do the voters of Pennsylvania really want a U.S. senator to do the same to them?

The election is mere weeks away, and Fetterman will allegedly face off against Dr. Mehmet Oz in a debate later this month. I’m still skeptical that the debate will actually happen, and frankly, seeing as it’s become increasingly difficult for the media to cover for Fetterman’s cognitive impairments, I dare say that we’re witnessing the implosion of Fetterman’s campaign.