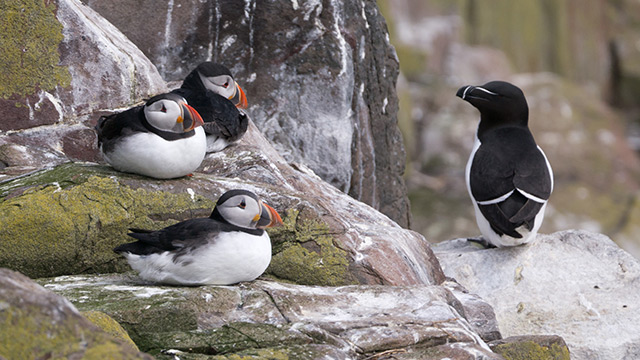 (Natural News)
Over the past fifty years, the world has been undergoing a mass extinction event, as habitats and bio-diverse ecosystems are diminished from the planet. The World-Wide Fund for Nature (WWF) published a new report documenting the appalling loss of animal populations since 1970. According to their latest Living Planet Report 2022, today’s agricultural practices (mono-culture) and other deleterious human activities are rapidly destroying natural habitats and displacing wildlife, leading to devastating losses for biodiversity and animal populations.

Wildlife populations plummet by 69%, millions of species on verge of extinction

Marco Lambertini, director general of WWF International, said the entire organization is “extremely worried” by the new data. The data shows “a devastating fall in wildlife populations, in particular in tropical regions that are home to some of the most biodiverse landscapes in the world,” he said. This includes warm water coral reefs, which have been cut in half over the past 50 years.

The preservation and restoration of biodiversity should be the goal

The freshwater populations monitored by the WWF have declined by an average of 83% since 1970. The dwindling of lakes, streams, and rivers also poses significant threats to migration routes. To make matters worse, nearly a third of all monitored global fish stocks are now over-fished. Other problems include pollution, the introduction of invasive species, and the spread of disease. The greatest threat continues to be rapid deforestation and careless agricultural practices.

“Food systems today are responsible for over 80 percent of deforestation on land, and if you look at the ocean and freshwater, they are also driving a collapse of fishery stocks and populations in those habitats,” Lambertini said. “We need to stress the fact that nature loss is not just a moral issue of our duty to protect the rest of the world. It is actually an issue of material value, an issue of security for humanity as well,” said Lambertini.

A team of researchers from Europe found that diverse plant communities are more successful and enable higher crop yields than monocultures. While monocultures are cultivated efficiently, they are not sustainable for the environment, for they cause damage to the soil and water. A more diverse plant community would therefore allow more plants and animals to thrive in their natural habitats. Instead of viewing herbs and animals as pests, farmers could find ways to allow for greater biodiversity and preserve forestry in the process. By utilizing a mixture of plants in farm fields, the different plant species, fungi and animal populations evolve together, complimenting one another. In permaculture, less pest control is required and natural fertilizers are incorporated and used more effectively.

Lambertini believes that world leaders should address biodiversity loss using a binding international commitment similar to the Paris Climate Accord. The report calls for more sustainable food production and more responsible consumption of the foods, along with an increased focus on conservation and restoration of natural habitats. The report also calls for governments to respect the value of resources provided by diverse ecosystems, including various wild foods and natural medicines.

EU Says U.S. Is Profiting From the War
Alex Jones is Releasing His Own Bourbon Called ‘Conspiracy’
How Can Dems ‘Stop This’? MSNBC Freaks Over Pending GOP Investigations & Committee Purges
Zelensky accuses Russia of turning winter into a weapon of mass destruction
Elon Musk may reveal what happened behind the scenes of Twitter’s pre-election censorship of the Hunter Biden laptop story