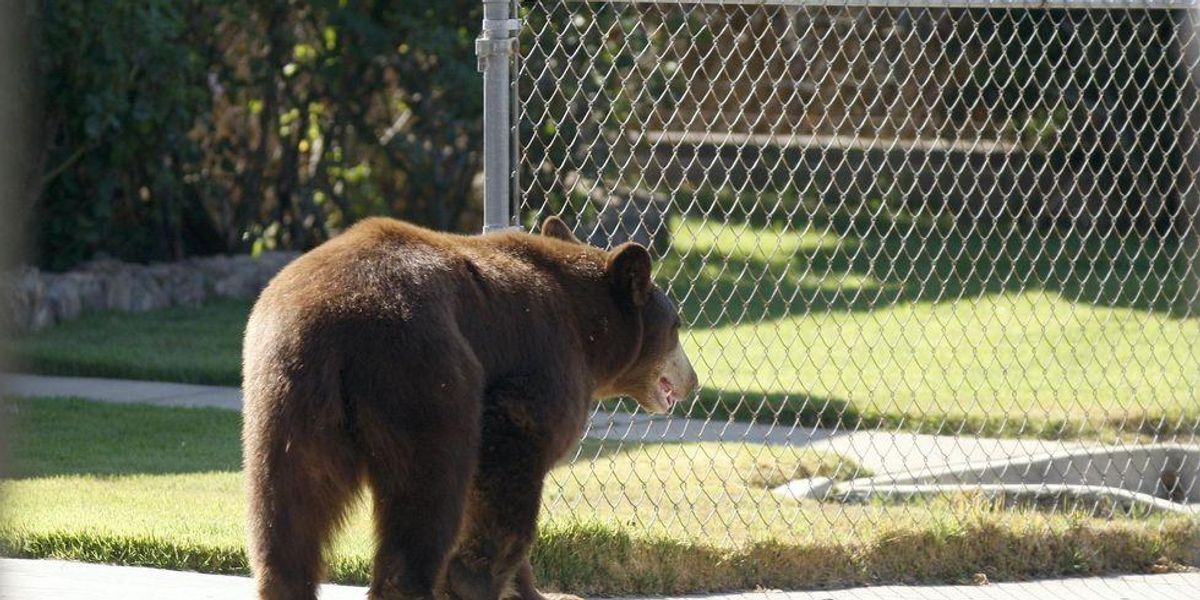 A 10-year-old boy was mauled by a 250-pound black bear and nearly dragged away before the child’s grandfather and a neighbor scared the wild animal off.

The harrowing incident unfolded on Sunday at about 11 a.m. in the town of Morris, Connecticut, according to the Department of Energy and Environmental Protection.

The boy was playing near a trampoline in the backyard of his grandfather’s home when the bear came out of the woods and attacked him.

“I heard him yell ‘bear’ and when I looked up, I saw his leg in the bear’s mouth and the bear trying to drag him across the lawn,” James Butler said to the Republican-American of Waterbury.

Butler, who uses a wheelchair, said that he hit the bear on the head with a metal bar. He said the bear dropped the boy but then attacked him a second time.

By that time, the yelling from the boy alerted a neighbor who came and scared the bear away while waving a pipe and yelling.

Butler said they were able to get into the home, but the bear came back and looked at them through their screen door.

“We thought he was coming through the screen,” the grandfather said. “No doubt he was a big threat.”

The boy had a puncture wound on his thigh, had claw marks on his back, and had bite marks on his foot and ankle. He was transported to a hospital for treatment of his injuries, which were not life threatening.

Environmental conservation force and state officials shot and killed the bear. Jenny Dickson with the Connecticut Deep Wildlife Division said that the bear was an adult male.

Experts say the increasing bear population in the region means there will be more and more of such dangerous incidents as they get acclimated to people and seek out food.

Here’s more about the startling incident: