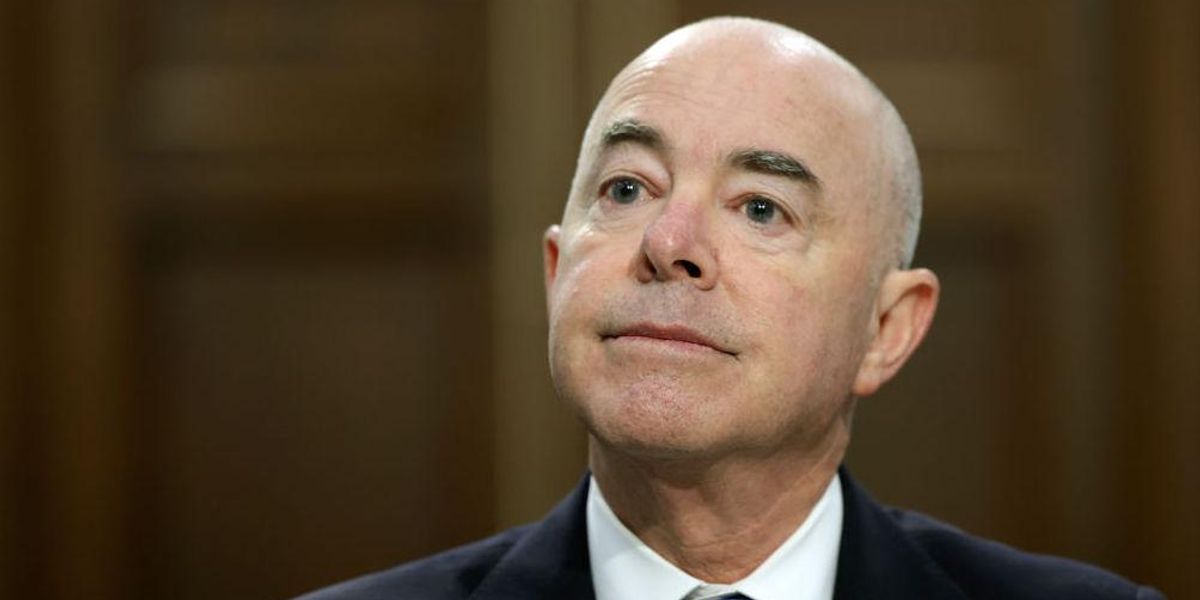 Homeland Security Secretary Alejandro Mayorkas tried to shift blame for the border crisis onto Republicans, who do not control the government.

Republicans are prepared to impeach Mayorkas over what they see as a failure to enforce immigration laws, resulting in a record surge of migrants, human trafficking, and drug smuggling.

Your failure to faithfully enforce this nation’s immigration laws and willful blindness to the very real humanitarian crisis at our southern border amounts to a gross dereliction of duty and a violation of your oath of office.
…
Far from taking steps to address this crisis and secure the southern border, you have allowed the situation to worsen and pursued policies that have greatly exacerbated the problem while continuing to insist that “the border is secure.” This is gross dereliction of duty and, if not corrected swiftly, could provide grounds for impeachment.

What did Mayorkas say?

Speaking with the Dallas Morning News editorial board, Mayorkas claimed Republican rhetoric is enticing migrants to come to America.

Specifically, Mayorkas alleged that Republicans’ “political cry that the border is open” is actually “music to the smugglers’ ears because they take that political rhetoric and they market it,” thus driving more migrants to make the dangerous trip north.

The eyebrow-raising remarks were made after Mayorkas was asked to respond to Republican lawmakers who seek his impeachment.

“I’ve got a lot of work to do, and I intend to continue to do it. That’s my response,” the secretary said.

Except it’s not Republican rhetoric enticing migrants, but the Biden administration’s policies.

Under Biden, nearly 5 million migrants have entered the U.S. Migrants are traveling to the U.S. knowing there is little chance they will be deported. Instead, once detained by immigration authorities, they claim asylum and are released pending their appearance in court. Many migrants then live in the shadows undocumented or are allowed to stay.

If migrants knew their illegal entrance into the U.S. meant certain deportation, they would not make the journey, which takes months and costs thousands of dollars.

Unfortunately, Mayorkas is just the latest Biden administration official to abdicate responsibility for the border crisis.

Earlier this month, Customs and Border Protection Commissioner Chris Magnus claimed that Republican governors are incentivizing migrants to enter the U.S. by busing them to sanctuary cities.

“It’s safe to say what’s going on is a pull factor, which is somewhat ironic given the criticism from some of these same governors involved in this about various pull factors that they claim already exist,” he told the Los Angeles Times.

NBC Fluffs Fauci in Interview: He’s Not Afraid to ‘Return to Masking’
Training Video Shows Children of Local Teachers Being Killed In Fake School Shooting
Police respond to emergency at home of Ted Cruz after his daughter reportedly self-harmed
Democrat claims her child woke up with ‘nightmares’ over climate change — but no one is buying it
Gov. Greg Abbott bans use of TikTok on Texas gov’t issued devices over communist Chinese surveillance concerns