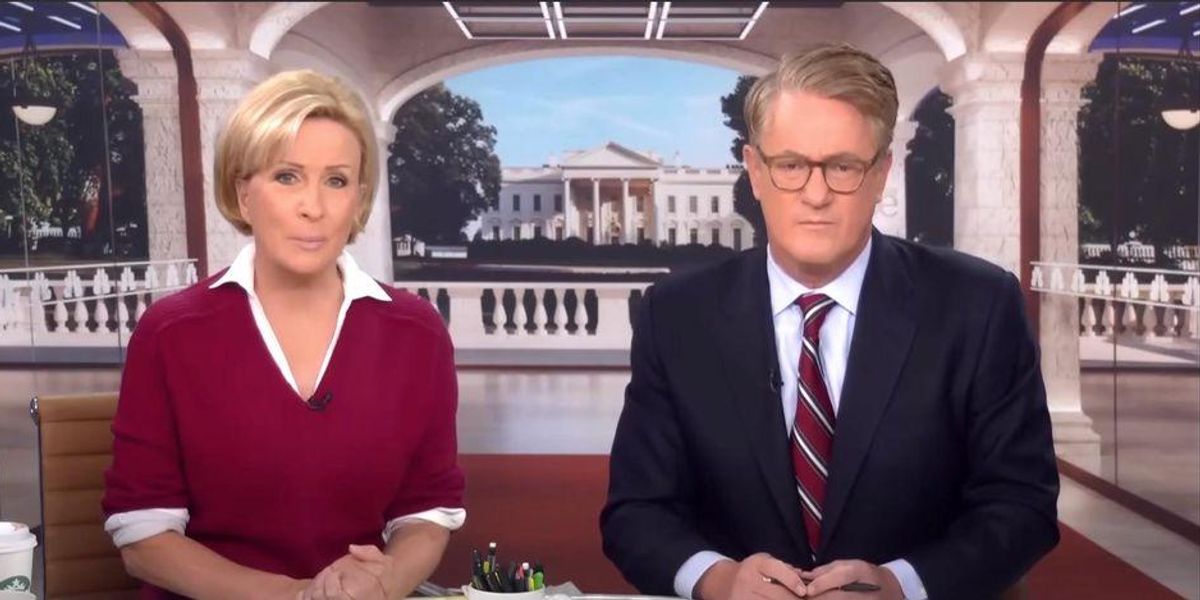 MSNBC viewers were outraged when the panel on “Morning Joe” reported on a new poll showing Republicans had an edge over Democrats because of the faltering state of the economy.

“You have an overwhelming number of Americans believing that the country’s going in the wrong direction,” said Scarborough.

“And so that is becoming, as we get further and further into this campaign, that’s becoming more of a burden on Democrats, especially after last week’s terrible inflation report came out that showed inflation is still red hot,” he added.

“You can deny reality but you can’t escape it,” responded Al Sharpton.

MSNBC was dismayed and angry that “Morning Joe” was aiding “fascism” by reporting on the poll.

“Dear everyone: F*** Morning Joe & Polls. Morning Joe was one of the ones that normalized Trump. Amazing how these numbers come out after most Republicans have been humiliated in debates the last two weeks huh?” read a popular tweet with more than 700 likes.

“Finally, @Morning_Joe and @JoeNBC himself now basically claiming voters vote on the economy first and nothing else–really, Joe? People are voting for fascism b/c economy? You been MIA for the past decade? Joe hides that the fascists have NO plan for inflation or gas prices,” read another tweet.

“Media shows like #MorningJoe try to always do a Jedi mind trick. These polls are not accurate. They ask 700 ppl and try to tell us this is how the country is going to vote. Who are they asking anyway? As a black woman, I have never been asked in a poll who I’m voting for,” said another critic.

“Here comes the mood killer. Who the f*** is moving because of crime?? Where are these people? Great so we’re going to lose our rights and democracy permanently because of temporary economic pain, and you’re helping it happen!! JFC,” responded another viewer.

“Yet AGAIN, lying to viewers by calling these rabid, open fascists ‘Republicans’. Now they’re AGAIN saying inflation is the only thing that matters to voters,” replied another viewer.

Other viewers were angry that the poll said abortion was not a top concern among likely voters despite the issue gaining prominence after the U.S. Supreme Court overturned the pivotal Roe v. Wade decision that enshrined abortion rights.