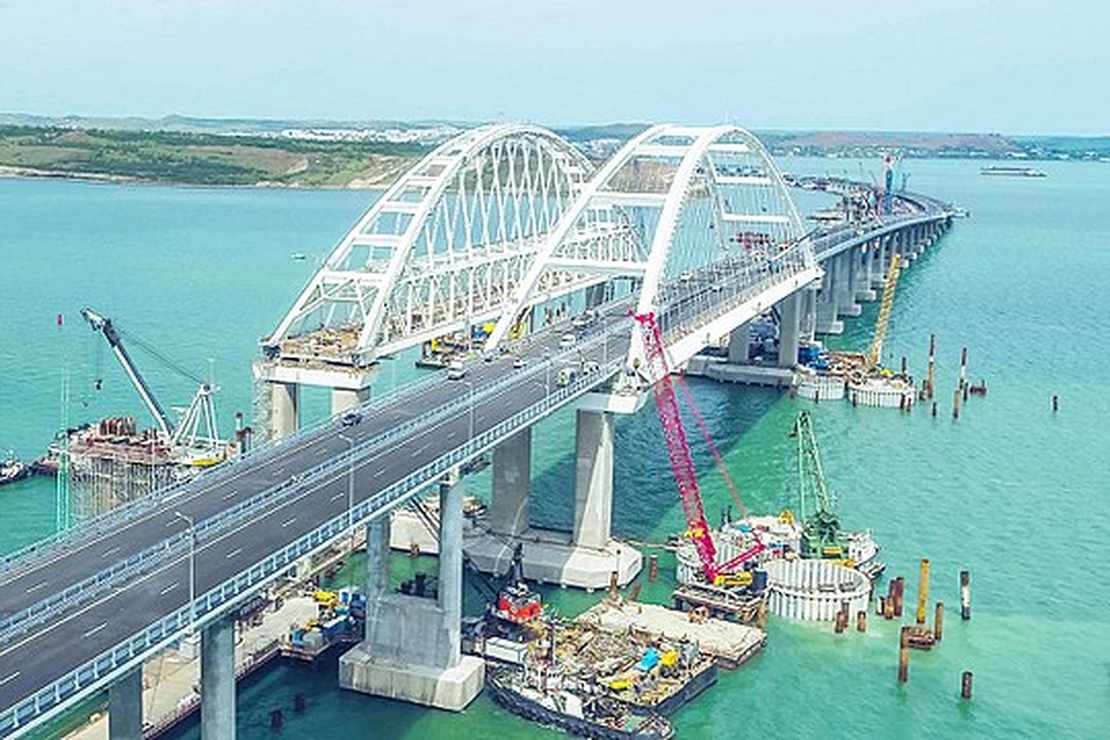 The Ukraine War made big headlines last week when a truck bomb damaged Russia’s prestigious Crimean Bridge, but only now has Russia admitted the scale of the disaster.

It’s a complicated subject but, as always, I’ll put the big picture together for you, layman to layman.

First, let’s take a look at the map, courtesy of ISW. 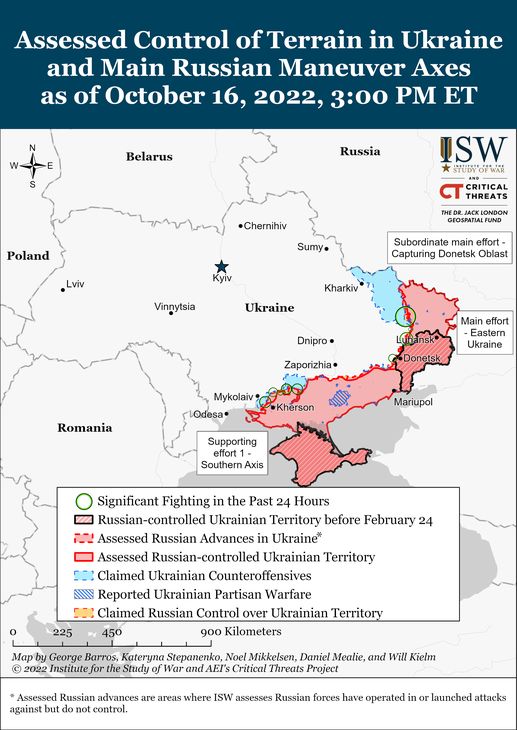 Crimea is that vaguely diamond-shaped peninsula shaded red with black lines. Part of Ukraine — we’ll get to that in a sec — Crimea was occupied and formally annexed (very few countries recognize it as legal) by Russia in 2014. The port at Sebastopol is one of the most important in the Black Sea.

Crimea was annexed by Catherine the Great in 1783, and ever since then, Russian colonizers (and sometimes the secret police) have been pushing out the locals. It only became part of Ukraine in 1953, when Soviet strongman Nikita Khrushchev took Crimea away from the Russian Soviet Federated Socialist Republic and “gifted” the region to the Ukraine Soviet Socialist Republic.

Russians got pretty peeved about Khrushchev’s gift when the USSR fell apart, culminating in Vlad Putin’s occupation in 2014.

Needless to say, there’s a lot of history there.

So why are we spending so much time there today?

Crimea served as the springboard for Putin’s invasion of southern Ukraine in February. Today, the peninsula is the main logistical hub for the estimated 20-30,000 Russian troops occupying Ukraine’s Kherson province to the north.

Trains filled with tanks, fuel, ammo, food — everything an army needs to fight — cross the Crimean Bridge from Russia to Crimea.

Or at least they used to.

The only readily apparent damage from the truck bomb was to drop one highway lane and set fires to the other, and the railroad tracks, too. The question was, how badly did the fires damage the railway?

The damaged tracks weren’t a big deal and can be easily replaced. But if the fires burned hot enough to weaken the structure of the bridge, that’s a very big deal. With enough damage, the railroad might only be able to carry fewer trains with lighter loads, or not any trains at all.

And for how long?

That’s assuming you can take Moscow’s pronouncement at face value, nothing goes wrong during the repair process, and Kyiv doesn’t find a way to hit the bridge again.

Please keep in mind that Russian forces have been pushed back for weeks in Kherson, even before Ukraine struck the bridge.

In the meantime, Russia does have a couple of options for keeping their Kherson forces fed and armed — neither of them as good as having full use of that bridge.

According to the U.K. Defense Ministry’s latest intelligence report, a “large queue of waiting cargo trucks” remains backed up near the Kerch Bridge after the explosion that damaged it on Oct. 8.

You might be looking at the map and wondering why Russia doesn’t just use the railroad and highway running east-west across southern Ukraine. They do, but it’s dangerous and difficult.

Those transport links run through bandit country with active Ukrainian partisans. And as the Ukraine Army continues to retake settlements in northern Kherson, those links will come into range of deadly HIMARS missiles.

Complicating things further, losing those trains makes Russia even more dependent on truck transport. They started the war without enough trucks, and combat losses have only exacerbated the problem.

Russia can also move stuff by ferry across the Sea of Azov, but obviously not in the same amounts they could move by train. The incoming winter weather will hamper shipments for months, too.

1/ Recent news that ferries across the Kerch Strait couldn’t run because of high winds highlights a major problem for Russia: the disabling of the Kerch Bridge to Crimea has happened at a very bad meteorological moment. 🧵 follows.pic.twitter.com/z8dbWLCjBd

There’s more to that bridge than “mere” logistics.

Building the Crimean Bridge didn’t just add a high-capacity rail and highway connection to Mother Russia: the massive construction was also a prestige project for Putin. The longest bridge in Europe, it was built on Putin’s order starting in 2016 and completed quickly in 2019.

Not only does Putin consider Crimea to be an inviolate part of Russia — with quite a lot of historical justification — the Crimean Bridge is a point of personal pride.

The RAND Corporation’s Dara Massicot wrote today that “Putin’s behavior, intended to show resolve, reveals his awareness that the war is going poorly and his options are shrinking. The months ahead are likely to be volatile, especially if — or when — Russia’s gambits fail.”

Given the elevated stakes in and around Crimea, that’s looking a lot more like “when” than “if.”

Also for our VIPs: Can You Swim Faster Than a Police Helicopter Can Fly?