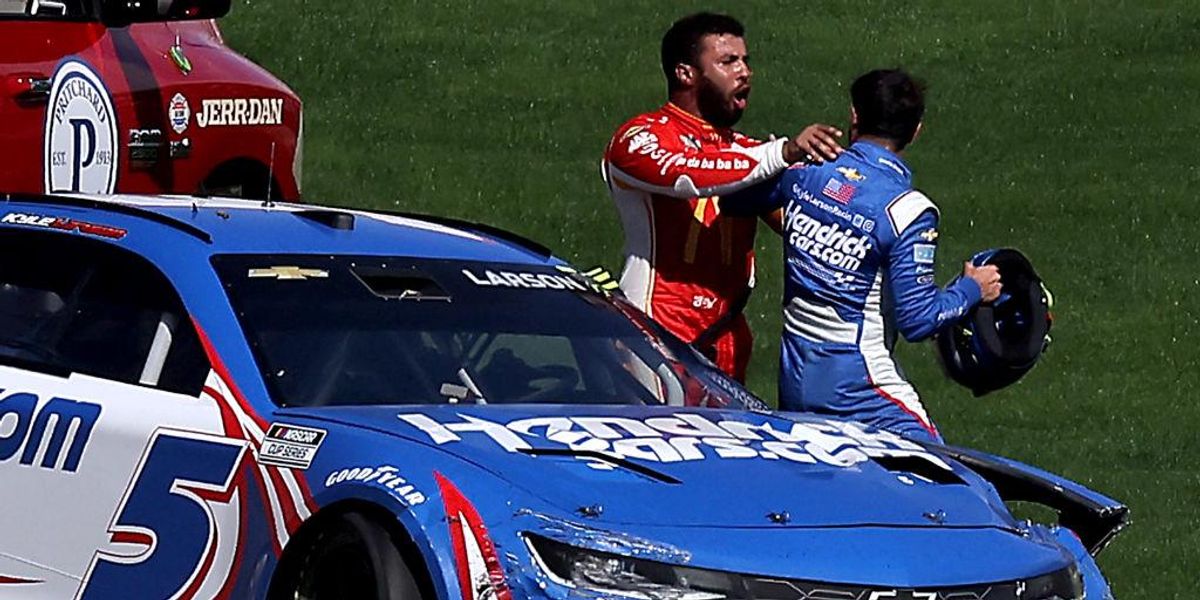 NASCAR driver Bubba Wallace has been slapped with a one-race suspension after running into Kyle Larson’s car during a race on Sunday. After both men had exited their cars, Wallace approached and repeatedly shoved Larson.

When asked whether he had engaged in retaliation, Wallace said that his “steering was gone” after he was pushed into the fence.

But during remarks on SiriusXM radio, NASCAR COO Steve O’Donnell noted that the incident is thought to have been “intentional” — O’Donnell characterized NASCAR’s actions as “specific to what took place on the racetrack.”

u201cud83dudcad “When we look at this incident, you’re not only endangering one, but there’s a lot of cars out there at speed…”nnud83dudde3ufe0f #NASCAR COO Steve O’Donnell joined #SXMSpeedway and explained the one race suspension handed down to Bubba Wallace following his actions @LVMotorSpeedway.u201d

“I want to apologize for my actions on Sunday following the on-track incident with Kyle Larson and the No. 5 car,” Wallace said in a statement on Monday. “My behavior does not align with the core values that are shared by 23XI racing and our partners, who have played a crucial role in my incredible journey to the top of this great sport.”

“I want to apologize to NASCAR and the fans, along with Christopher Bell, Joe Gibbs Racing, and Toyota for putting them in a situation in the Playoffs that they do not deserve,” he continued. “I compete with immense passion, and with passion at times comes frustration. Upon reflecting, I should have represented our partners and core team values better than I did by letting my frustrations follow me outside of the car. You live and learn, and I intend to learn from this.”