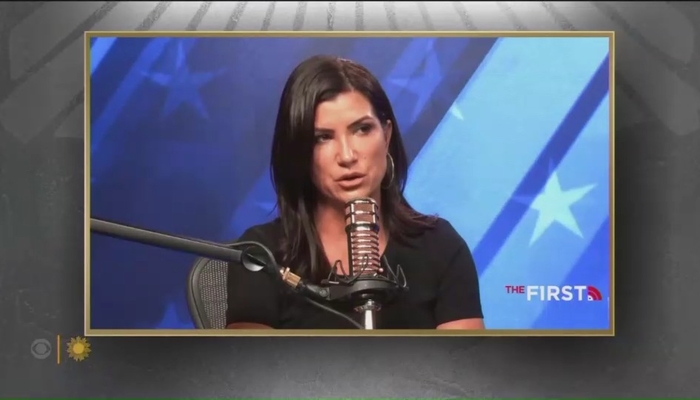 Liberals like to think that conservatives are very closed-minded and can’t handle listening to an opposing opinion. But whenever “mainstream” journalists start discussing talk radio and how it’s “bad for America,” you can surmise that they often can’t handle the other side.

On September 16, the CBS News show Sunday Morning devoted the whole show to exploring “A Nation Divided.” CBS would like you to think they don’t like division and are not divisive. That’s false.

Fill-in host Ted Koppel began: “Tens of millions of Americans get their political marching orders from the radio.” Now how insulting is that? How divisive is that? Anyone who listens to conservatives on the radio is (to borrow the old Washington Post insult) “poor, uneducated, and easy to command.”

Democracy is supposed to be about persuasion, and you’re not going to persuade someone or unify the country by saying half of us are taking “marching orders” from talk-radio generals. It sounds like CBS liberals are frustrated that their “marching orders” aren’t followed.

The CBS reporter was Jim Axelrod. He’s no relation to Democrat strategist David Axelrod, but they sound like brothers. He began with more insults: “35 years after the talk radio revolution, on the air is still often an exercise in off the rails.” This, from the Dan Rather Channel that somehow never went off the rails into fake news. Rosenwald whined that talk radio “has unquestionably divided Americans. It has unquestionably hardened our politics.” Axelrod then asked Rosenwald “how is that good for America?” He replied “It’s not! It’s bad for America.” This underlines what a deeply dishonest segment this is. Only conservatives divide and “harden our politics.” CBS and the other liberal channels never do.

Next up was Michael Harrison of Talkers Magazine, identified as a “bible” for talk-radio people. Harrison said America would be “better served” if liberal talk radio was as popular as conservative talk radio. This is dopey. CBS then turned back to Rosenwald, who accurately compared the Limbaughs to Jon Stewart and late-night lefty entertainers. But somehow their polarizing talk – like Colbert sneering Trump was Putin’s “cock holster” – never “harden our politics.”

CBS also surprisingly noted that “the one part of the dial that is liberal turf” is NPR, which “attracts big numbers” and is “relatively restrained” compared to commercial radio, which is seeking “ever more extreme approaches to attracting listeners.”

This is the way liberals see NPR, but it’s flat wrong. NPR promoted the book “In Defense of Looting” and another book that insisted left-wing riots for “racial justice” should be welcomed and called “rebellions.” NPR just put on radical-left author Anand Giridharadas to complain Joe Biden should have never said in 2020 that “rioting is not protesting, looting is not protesting.”

CBS Sunday Morning itself has aired some extreme commentary. After Hurricane Katrina in 2005, Nancy Giles ripped President George W. Bush, and said if the victims were mostly white, “their bodies would not have been left to float in putrid water.” When the Republicans took over Congress in 1995, CBS TV critic John Leonard compared them to a “slash-and-burn Khmer Rouge.”

To sum up, CBS journalists think conservative radio is bad for America, but when they compare conservatives to Cambodian communist crackpots who slaughtered about two million people, that’s not divisive. It’s a satchel of sweet reason.

Twitter Files: The Real News Is That the Left/Dems/Media Do Not Care
Man thrown over the side of a bridge after Chargers game in wild incident caught on video says his attacker has still not been arrested by police
Roger Stone Reinstated On Twitter – Hopefully Gateway Pundit Is Next!
‘We can no longer say this is a pandemic of the unvaccinated’: CDC data indicates vaccinated, boosted people together make up majority of COVID-19 deaths
WATCH: MRC’s Brent Bozell Says George Soros’ Global Media Influence Makes Him ‘A Dangerous Man’