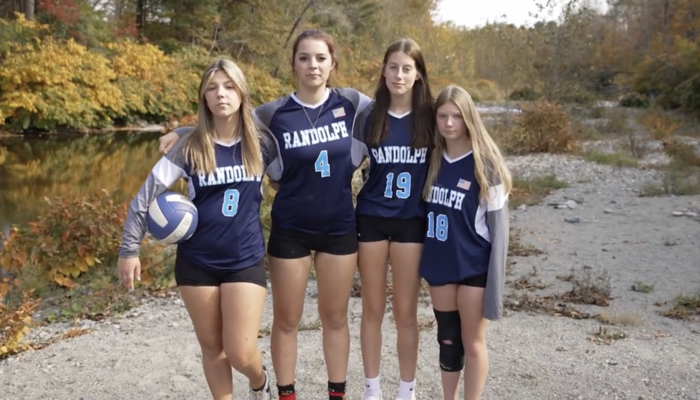 The left only likes us to trust the science if it aligns with their progressive agenda. Travis Allen, a father who served as the soccer coach for Randolph Union Middle School in Vermont, was just suspended without pay for using male pronouns on a transgender female student, The Daily Signal reported. God forbid Allen refer to someone with their biological identity.

The Daily Signal’s Mary Margaret Olohan visited the middle school prior to Allen’s suspension to hear from students of the volleyball team who felt uncomfortable with a biological male in their locker room.

NEW: @DailySignal spent this week in Randolph, Vermont, speaking to high school girls who face heavy criticism + potential punishment from their school for pushing back against a biological male using their locker room. Here’s what these girls have to say for themselves: pic.twitter.com/trYW8c6e1z

The girls were kicked out of their own locker room after complaining about the male staring at them while they changed. Yes, you read that correctly. Actual females were told to leave the female locker room if they felt uncomfortable with a biological male in there.

Obviously, as it should have, this action by the school outraged parents, Mr. Allen, who’s daughter Blake was in the locker room and in The Daily Signal’s video, included.

There’s been Facebook engagements between the transgender female’s guardian, Melissa Sivvy, and Allen and his wife, Jessica.

Allen wrote in a reply to Sivvy: “The truth is your son watched my daughter and multiple other girls change in the locker room. While he got a free show, they got violated,” later adding “You think this is fine and dandy. I wonder how you would feel if I watched you undress?”

Off Facebook, Allen reportedly told school officials that he intentionally called the transgender child a “he.” Naturally, the school couldn’t let that stand.

Superintendent Layne Millington reportedly claimed that, “Such conduct is unprofessional and unbecoming, and flies in the face of the Vermont Principal Association’s athletic regulations, Vermont State regulations, and the RUHS Middle-High School expectations.” The school district demanded Allen publicly apologize for stating someone’s biological gender and after he refused, he was suspended.

Kudos to Alllen for not caving to the woke mob and standing his ground.

School districts are prioritizing “inclusivity” and “acceptance” of a delusional sense of self-identity over the safety of children. No young female child should have to change in a room with a boy. That situation subjects the actual females to harassment and discomfort that they shouldn’t have to deal with.

I honestly can’t even believe the first part of this story where young girls were forced out of their own locker room, never mind the fact that a father who really just was looking out for his daughter is now fired from his position for speaking scientific truth.

‘The Fedcoin is HERE’: Glenn Beck reveals what the Fed was up to while YOU weren’t watching
Doocy, Wegmann, Friends Grill WH Over Their Weak Support of China Protests
Florida Man Friday: He Was Nearly Transitioned by Gunfire
Trump Tries to Clean Up Kanye Kerfuffle… Is It Enough?
Calhoun’s “mouse utopia” experiments are now coming true for humanity as self-annihilation, infanticide and gender distortions become commonplace