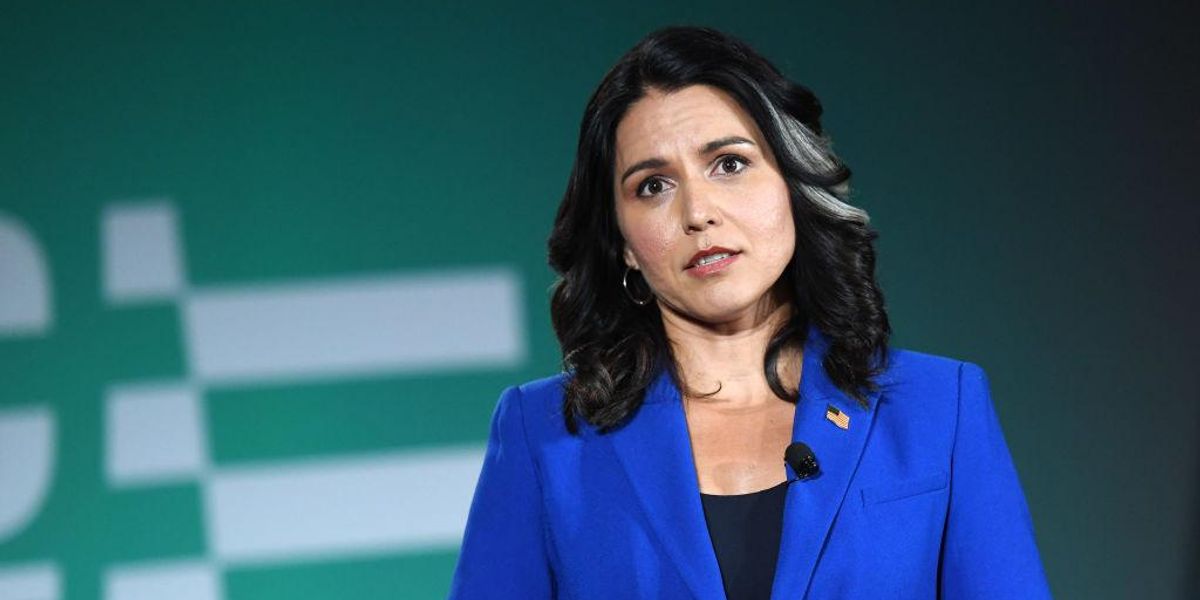 Former Democratic Rep. Tulsi Gabbard of Hawaii, who recently announced that she was dumping the Democratic Party, has endorsed Republican gubernatorial candidate Kari Lake in the Arizona governor’s race.

“For too long establishment leaders from both parties have sought to enrich themselves, play games, and build up their power while ignoring and even enabling the suffering of millions of hard-working Americans,” Gabbard tweeted. She said that Lake “puts people first,” and “is fighting for border security, energy independence, public safety, and other policies that actually make life better and more affordable for the American people.”

Gabbard also said that Lake “isn’t afraid to call out the warmongering … elitist cabal of permanent Washington and the Military Industrial Complex, and their propagandists in the mainstream media. I look forward to supporting @KariLake ahead of these critical midterm elections.”

Gabbard served in the U.S. House of Representatives from early 2013 until early 2021 — she mounted a White House bid during the last presidential election cycle, but ultimately dropped out and backed Joe Biden.

Last week, Gabbard announced that she was abandoning the Democratic Party, lambasting the party in a video.

“I can no longer remain in today’s Democratic Party that’s under the complete control of an elitist cabal of warmongers who are driven by cowardly wokeness, who divide us by racializing every issue and stoking anti-white racism, who actively work to undermine our God-given freedoms that are enshrined in our Constitution, who are hostile to people of faith and spirituality, who demonize the police but protect criminals at the expense of law-abiding Americans, who believe in open-borders, who weaponize the national security state to go after their political opponents, and above all, who are dragging us ever closer to nuclear war,” Gabbard declared in the video.

Gabbard also urged other disaffected Democrats to join her in exiting the party.

u201cI can no longer remain in todayu2019s Democratic Party that is now under the complete control of an elitist cabal of warmongers driven by cowardly wokeness, who divide us by racializing every issue & stoke anti-white racism, actively work to undermine our God-given freedoms, areu2026u201d

Sam Bankman-Fried’s parents purchased $121 million in “vacation home” properties in Bahamas using illicit funds from FTX crypto scam
Woke Pastor Says “Spirit of God Will Arrest(?)” People To Vote For Democrat Sen. Raphael Warnock
‘I am thankful for the freedom of self’: Women express gratitude for their abortions in piece posted on Thanksgiving
San Francisco approves ‘deadly force option’ for police robots
Sorry Fauci, Americans Are so Over COVID