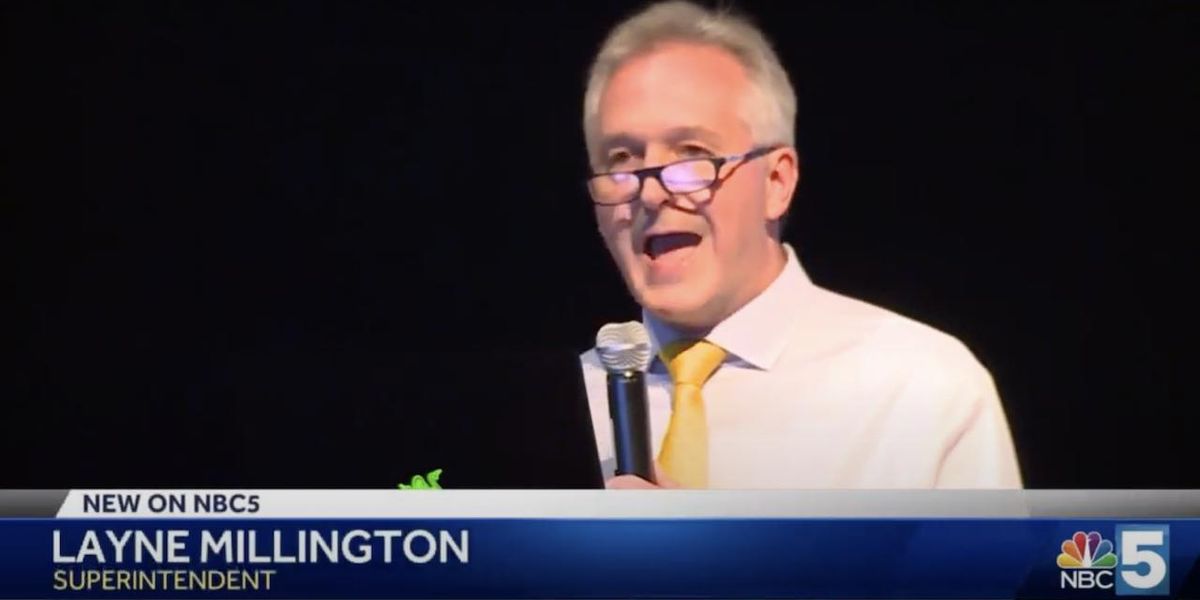 A Vermont school district that let a biological male who identifies as a female use a girls’ locker room punished the father of a girl who spoke out against the move because he misgendered the trans student in question, the Daily Signal reported.

The father — Travis Allen — has been suspended without pay from his Orange Southwest Supervisory District job as coach of the Randolph Union Middle School girls’ soccer team, the outlet said.

In late September, several members of the girls’ volleyball team at Randolph Union High School spoke out against the biological male using the locker room, saying the trans teammate made an inappropriate comment while they were changing.

Action was taken — but apparently not in favor of the now-uncomfortable girls’ team players.

Burlington’s WCAX-TV noted that the entire volleyball team was banned from using the locker room while officials conducted an investigation into claims that the girls harassed their trans teammate.

Allen’s daughter Blake is one of the girls who spoke out, and she reportedly said, “I feel like for stating my opinion — that I don’t want a biological man changing with me — that I should not have harassment charges or bullying charges. They should all be dropped.”

Oh, and in case you’re wondering what happened to the story on the matter from WCAX, the station actually deleted it.

WCAX news director Roger Garrity told local news outlet Seven Days the reason for pulling the story was “to prevent others from using our reporting to attack people in the transgender community.” Garrity added to the outlet that “we are now working with LGBTQ advocates on a message to the community acknowledging the harm that was caused.”

The Daily Signal said Melissa Sivvy — guardian of the trans student in question — told the outlet that the student under her care is a girl and deserves to be in girls’ spaces. Sivvy also asked in a Facebook comment for “justice for whoever was wronged,” the outlet added.

Blake Allen’s mother, Jessica Allen, replied that she would be “GLAD to have a conversation” on “this matter,” the Daily Signal said.

“I am the father of the girl you claim ‘made up a story for attention,’” he wrote in a Facebook reply to Sivvy, the outlet said. “The truth is your son watched my daughter and multiple other girls change in the locker room. While he got a free show, they got violated.”

He added, “You think this is fine and dandy. I wonder how you would feel if I watched you undress?” the Daily Signal reported.

Superintendent Layne Millington said in a Tuesday letter that Travis Allen was suspended without pay from this job as the coach of the middle school girls’ soccer team because he “misgendered a transgender student in our district,” the outlet said.

Here’s a portion of the letter, according to American Thinker:

“While you have a right to your own opinions, you have chosen to publicly put yourself in opposition to the principles the district and its coaches are compelled to uphold. … The district offered to work with you to make these matters right, the two possible solutions you offered were insufficient to re-establish the public trust you have damaged: avoiding using gender pronouns when communicating with transgender students and taking down the posts. The district recommended a public apology which you refused leaving the matter unresolved. Therefore, you have been suspended without pay for the remainder of the season. You were also offered the opportunity to change your mind at any time during the suspension in order to make things right and to earn back the public trust in your ability to support all students in your role as RUHS coach.”

The Daily Signal said Millington did not immediately respond to its request for comment.

Travis Allen did speak with the Daily Signal, saying that “when he asked me to publicly apologize, I thought about it. I did pause and waited a few seconds. And I’m thinking, ‘If I say that I’ll apologize, I’ll be able to coach my youngest daughter for the rest of the season, but I’m going to, in turn, hurt my other daughter, because I’m not standing up for what we believe in, I’m just cowing to them like so many other people have done. And I just can’t do that.’”

In case you’re wondering what happened to the Orange Southwest Supervisory District’s website, that’s been taken offline. VTDigger — citing a letter from Millington to the district community — reported that the district’s site was hacked on Oct. 1 and “inundated” with “hate speech, symbols, and photographs targeting transgender individuals.” The outlet added that the incident also prompted district leaders to disable district social media accounts and even refer the matter to local and federal law enforcement.

Let them eat cake: Delta Airlines announces that Sky Club members will no longer be able to use Sky Club lounge if they fly economy
‘Act of Love’: Lib Men Surge To Get Vasectomies In Abortion ‘Rights’ Protest
Peru’s left-wing president tried to dissolve Congress and was impeached and arrested instead
Good Guy With a Gun Stops Brutal Attack on Pregnant Woman in Grocery Store Parking Lot
‘Distraction…Full of Old News’; KJP Pressed by Heinrich on the Twitter Files