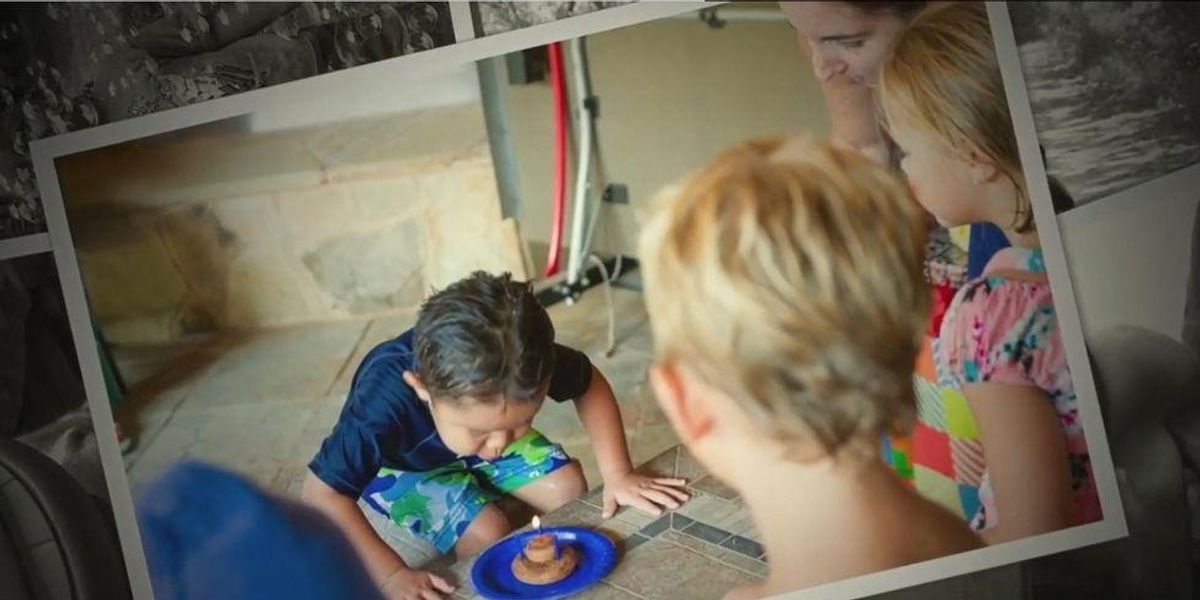 When a Texas couple, Chad and Jennifer Brackeen, welcomed a young Native American boy into their family in 2016, they were met by a series of obstacles and denunciations, in large part due to their race. Even when it seemed they had surmounted those obstacles, more cropped up, taking the Brackeens all the way to the Supreme Court.

Amidst the couple’s fight to strike down what they perceived to be a racist law and to protect those under their care, the biological mother of the boy — herself a Native American — gave birth to a little girl. The Navajo woman supported the girl’s placement with the Brackeens and the girl’s brother.

The Navajo Nation, on the other hand, figured the baby girl and the young boy ought live among other Navajo people, even if that meant boarding them with distant relatives and total strangers.

Over the past couple of years, the Brackeens have been able to raise the adopted siblings, identified in court documents as A.L.M. (i.e. the boy) and Y.R.J. (the girl), along with their two biological sons. They have celebrated birthdays and holidays and over time, have grown together as a family.

Whether the Brackeens will be able to maintain custody of Y.R.J. now hinges upon a Supreme Court case concerning the 1978 Indian Child Welfare Act‘s (ICWA) placement preferences.

According to the SCOTUS Blog, these placement preferences “disfavor non-Indian adoptive families in child-placement proceedings involving an ‘Indian child’ and thereby disadvantage those children — discriminate on the basis of race in violation of the U.S. Constitution.”

The ICWA states that in “any adoptive placement of an Indian child under State law, a preference shall be given, in the absence of good cause to the contrary, to a placement with (a) a member of the child’s extended family; (2) other members of the Indian child’s tribe; or (3) other Indian families.”

For the Haaland v. Brackeen case, the Supreme Court will also consider whether the ICWA’s placement preferences exceed Congress’ Article I authority “by invading the arena of child placement — the ‘virtually exclusive province of the States’ — and otherwise commandeering state courts and state agencies to carry out a federal child-placement program.”

Chad Brackeen told Fox News Digital that “it’s our responsibility to sort of shield our children at this point of the uncertainty, that [Y.R.J.] could ultimately be taken, ripped from our home and moved states away.”

The Brackeen’s lawyers suggested that the law that may take their little girl away is “racial discrimination” federally codified.

Whereas some regard the ICWA as a discriminatory law, others believe its alteration or nullification to be a pretext to return to discriminatory practices.

On Monday, Charles Martin, chairman of the Morongo Band of Mission Indians, stated, “We will not go back to a time when our children were stolen from our communities without cause.”

The Imprint noted that the time Martin was referencing was one that exposed native children to “forced boarding school attendance, excessive removals into foster care and adoption into non-Native homes.”

Journey to the top court

The Brackeens originally filed a petition to adopt A.L.M. in a Texas District Court when his mother proved unable to care for him. Their petition was challenged by the Navajo Tribe, which wanted to segregate the child with other Navajo.

At the time, Texas Attorney General Ken Paxton claimed that the law “elevates a child’s race over their best interest.” Owing to the discriminatory nature of the ICWA, Paxton sided with the Brackeens (seen in conversation with the couple in the video at the bottom of this article).

The challenge prompted the Brackeens, who by that time had fostered A.L.M. for over a year, to file suit in the U.S. District Court for the Northern District of Texas in 2017. The Morongo Band of Mission Indians of California joined the Cherokee, Oneida, and Quinault Indian nations in intervening in that case.

On October 4, 2018, by which time the Brackeens had successfully adopted A.L.M., the federal court ruled the ICWA unconstitutional under the Fifth Amendment’s guarantee of equal protection. The court also found that the ICWA violated “the Tenth Amendment, and the nondelegation doctrine.”

The case was subsequently appealed to the U.S. Court of Appeals for the Fifth Circuit. The court was equally divided on a number of contentious matters relevant to the District Court’s ruling, resulting in a “confusing precedent … ripe for review by the Supreme Court.”

This prompted a petition to the Supreme Court for a writ of certiorari, resulting in the forthcoming case.

Haaland v. Brackeen will not only impact the Brackeens and others like them (e.g., Nick and Heather Libretti or Jason and Danielle Clifford). Some native tribes have expressed concern that their sovereignty may be eroded should the court rule parts of the ICWA unconstitutional.

The attorneys general advocating to keep the ICWA wrote that the law “is a critical — and constitutional — framework for managing state-tribal relations and for protecting the rights and stability of Indian children, families, and Tribes.”