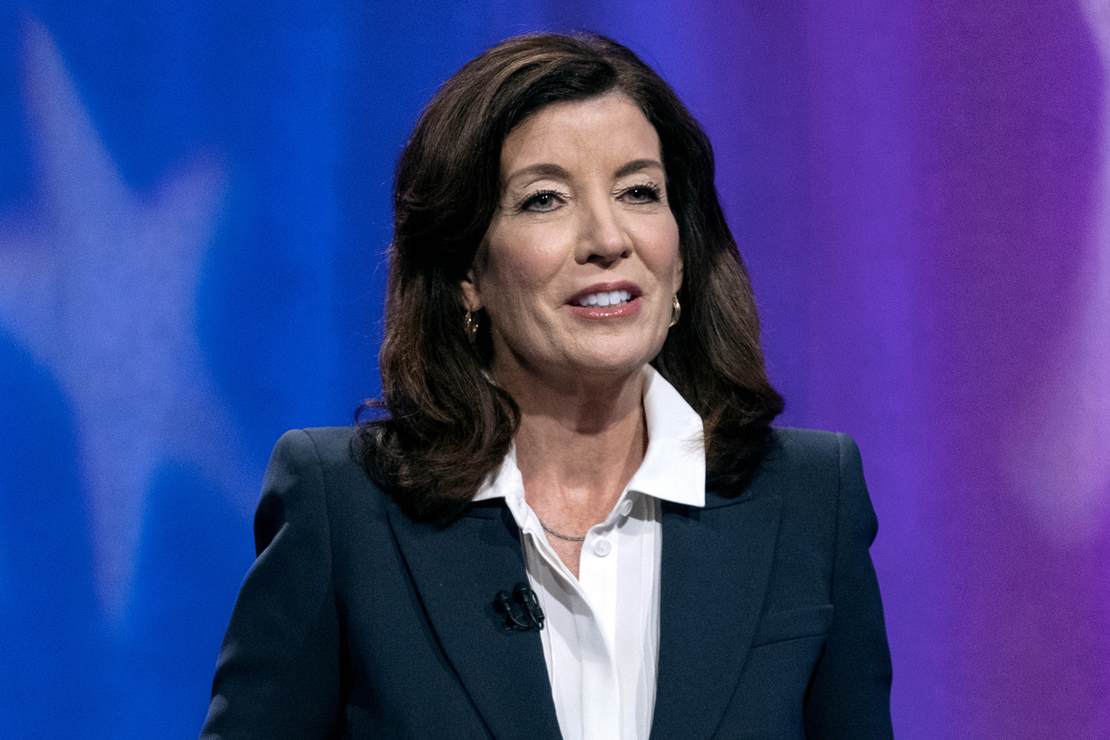 Have you noticed that Democrats nationwide are avoiding debating their Republican opponents? For years, we’ve taken for granted that candidates running for the same office would debate. Yet this year, we’re seeing Democrats in critical races running from their opponents.

For example, in Arizona, Democrat Katie Hobbs has outright refused to debate Republican Kari Lake. In one respect, I can’t blame her. Lake would wipe the floor with Hobbs; if you don’t believe that, look at how she’s handled the media. Earlier this month, she turned the tables on a reporter who asked her a supposed gotcha question on abortion, and this week, she destroyed a reporter who tried to slander her as an election denier. If I were Katie Hobbs, I wouldn’t want to debate Kari Lake either, but the voters of Arizona deserved one nonetheless.

In Washington, incumbent Democrat Sen. Patty Murray won’t debate Republican Tiffany Smiley. Most polls show her with a healthy lead, but the Trafalgar Group, who has a stellar reputation for being accurate, has Murray up by a mere two points. In New Hampshire, Sen. Maggie Hassan has backed out of a debate with her Republican challenger — a race that the Trafalgar Group has Hassan leading just barely outside the margin of error.

In Pennsylvania, Democrat gubernatorial candidate Josh Shapiro has refused to debate Republican Doug Mastriano. While a debate between Democrat John Fetterman and Republican Dr. Mehmet Oz is scheduled for October 25, I’m not convinced the debate will happen — especially now that multiple polls have tightened and Fetterman’s cognitive impairments due to his stroke are more likely to become a liability and would undoubtedly be hard to ignore in a debate.

It’s hard not to notice that this year has seen an unprecedented number of debates either reduced or not happening at all because Democrats are too afraid to face their Republican opponents.

And I believe it’s possible that debates will become rarer after the midterm elections depending on how they turn out.

Consider this. Herschel Walker (R-Ga.), Blake Masters (R-Ariz.), and Tudor Dixon (R-Minn.) have each trailed their Democrat opponents in their respective races. Last week, they had remarkable debate performances, and each has since seen their races tighten in the polls.

Of these three, Dixon has the most significant gap to close in her race to unseat Gov. Gretchen Whitmer and is probably still a longshot to win. But should either Walker or Masters (or both) with their races — which is very much possible — it will be hard to dismiss the impact of their debate performances on the outcome.

Both Walker and Masters effectively tied their Democrat incumbent opponents to Joe Biden. Should they win and Republicans win back control of the Senate because of it, it seems likely that Democrats won’t rush to debate their Republican opponents in the future when the race is close and the overall political climate favors Republicans.

I hope I’m wrong, but it’s tough to ignore this trend of Democrats refusing to debate. Should Republican candidates emerge victorious in any or some of the consequential U.S. Senate races (Georgia, Arizona, and Pennsylvania) and tip the balance of power in the upper chamber to the Republican Party, I can see Democrats deciding that debates are not in their best interest and debates slowly become a relic of the past.

WHO urges swapping of the term ‘monkeypox’ for ‘mpox’ due to ‘racist and stigmatizing language’
As I Mark 80 Years of Age…
James Woods to sue DNC over collusion with Twitter to censor Americans’ speech: ‘Scratch a liberal, and you will find a fascist every time’
Twitter Axing of COVID Misinformation Policy: A Victory for Free Speech, Not Misinformation
Bill Clinton tests positive for COVID-19, urges people to get vaccinated and boosted