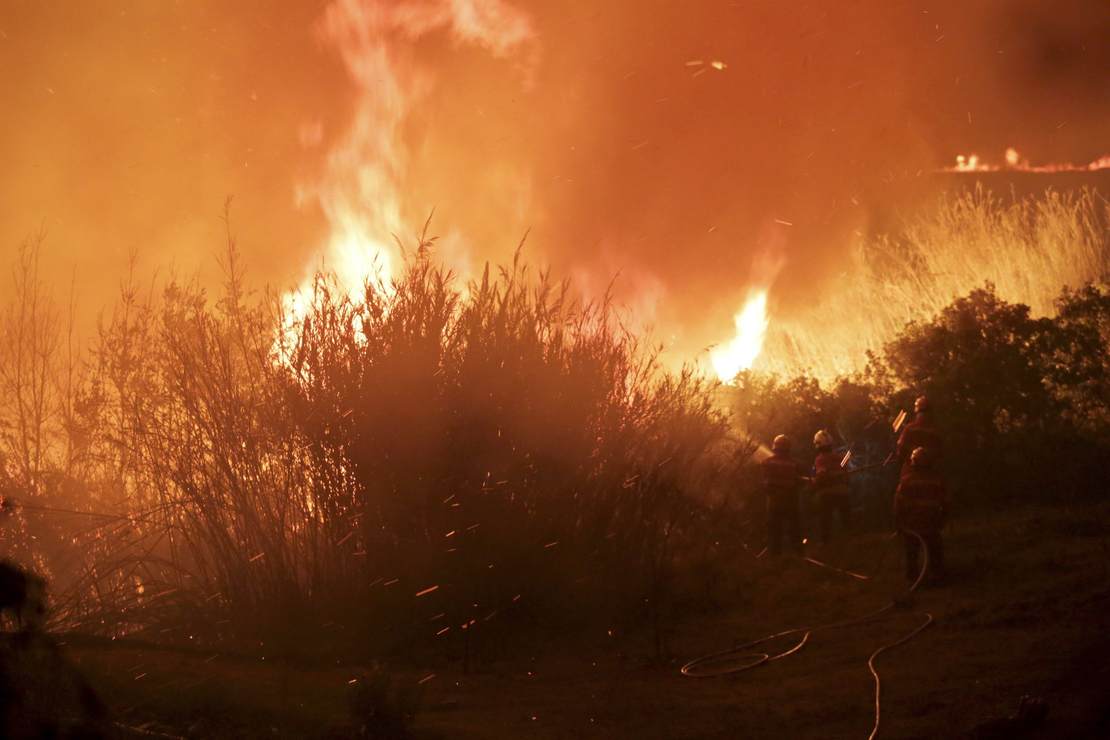 Normally, everyone, including me, enjoys a good story about someone getting their comeuppance, and of course, you need a little irony in your diet. But some things are just not funny, such as massive environmental damage, and loss of forests, property, and life. The fires that have been ravaging California have been extraordinarily destructive and in some cases lethal. The landslides that came in the wake of the fires only served to renew the misery.

Because of California’s land management policies, wildfires in that state reach catastrophic levels. While fire is a part of the natural process, high temperatures, dry conditions, and a heavy fuel load create unnatural fires.

In fact, Fox News reports that the California wildfires in 2020 alone produced enough smoke, carbon, and other substances to completely negate the previous 18 years of work in pollution reduction. Whatever you may think about climate change and the role of carbon, the state was able to shed 63 million metric tons of greenhouse gas emissions starting in 2003. The fires of 2020 produced 127 million metric tons of those gases.

On Monday, the group Forest Service Employees for Environmental Ethics filed a lawsuit to stop the agency from using retardant drops to stop the spread of wildfires. The rationale is that the retardant is dangerous to waterways, fish, and other animals, and is useless during conditions of drought and high wind.

Also from Fox, the group Earth Island Institute also filed a lawsuit (environmentalists and their lawyers adore litigation) earlier in the year to prohibit the National Park Service and Yellowstone from thinning out the fuels surrounding the ancient sequoia trees. The Park Service had planned to remove dead and hazardous trees that could represent a serious fire hazard. The same tactics were effective in protecting the sequoias from fire in the past. But the Earth Island Institute objected and their lawsuit stated “ benefit commercial loggers, negatively impact endangered wildlife and was unnecessary, asserting dead tree density was irrelevant to potential wildfire proliferation.”

By the way, you may be able to plant new sequoias if they are destroyed, but keep in mind that they will need thousands of years to reach the size of the current ones. It isn’t like going to Lowe’s and getting a sapling to plant in the backyard.

So what makes these lawsuits so asinine? Ahem. Allow me to explain.

As I have said before, I have spent some time on the fire line. And retardant was used on some of those fires. Retardant does not necessarily put a fire out. Retardant slows the fire down, giving firefighters more time to put in a fire line, protect a resource, or get civilians and in some cases themselves out of harm’s way. And given the fuel load that has accumulated over the years, a well-placed retardant drop can make a real difference. From personal experience, I know it is slippery and can be itchy. I also know it can keep a bad situation from getting worse.

Years ago, I was called in a HazMat capacity to a monstrous fire. The fire was big, hot, and fast. At one point, it made a turn and there was a chance it would reach a water treatment plant. Employees of the Ute Indian Tribe worked their backsides off to remove the chlorine from the plant, just in case the fire reached it. Do you want an environmental problem? The release of massive amounts of chlorine into the air qualifies as an environmental problem. Fortunately, the fire never did reach the plant. But everyone would have welcomed a retardant drop if it had kept heading that way.

On the issue of fuels reduction, I guess I have to repeat myself: less fuel equals less fire. Hell, anybody with a firepit in their backyard or who has ever been camping can tell you that. It was not uncommon for agencies or even private property owners to ask us to come out and do a controlled burn to reduce fuel loads and future fire danger. We called it “the magic match.” But a controlled burn means more than just stepping outside and flicking your Bic. There have to be safety measures in place to make sure no one is hurt or killed and that the burn does not get out of control. Fire lines may need to be cut, escape routes and safe zones established, and engines may need to be on hand. And don’t let the word “controlled” fool you. Those fires can and do escape. You would be surprised at how fast fire can move and the things it can do. I had a close call that convinced me of that. Drop me an email and I’ll tell you all about it.

You also have to wait until the clearing index is sufficient for the smoke to clear out as it should, the relative humidity needs to reach a point where fire will be effective, and the risk of winds needs to be extremely low. I mean like, darn-near non-existent. And the amount of fuel may not make it safe to put fire on the ground. Mechanical fuel reduction, which may, horror of horrors, include logging, is often cheaper, safer, and can be done by a regular work crew, as opposed to sending firefighters out to do it. Sometimes it is just more effective. And if someone makes a buck or two in the bargain, what is the harm? Fuels reduction works.

If those opposed to things like fuel reduction and retardant drops truly understand the rudiments of land management, then their opposition is a mystery to me and should be to you. Perhaps they are so deep into the cult of Gaia that words like “logging” irreversibly trigger them, and they are so indoctrinated that they simply refuse to see any other point of view. And lawyers love to use suits like these to make a name for themselves. My PJ Media colleague Charles Martin theorized that perhaps they want more catastrophic fires to prop up the climate change narrative. Once upon a time, I would have called that a conspiracy theory, but it is 2022 and all bets are off. I’m seeing things taking place in America that would make H.G. Wells and George Orwell throw up in their mouths. Hell, anything is possible. And maybe these people do understand these things. In which case, the question is who is funding and driving these people, and why?