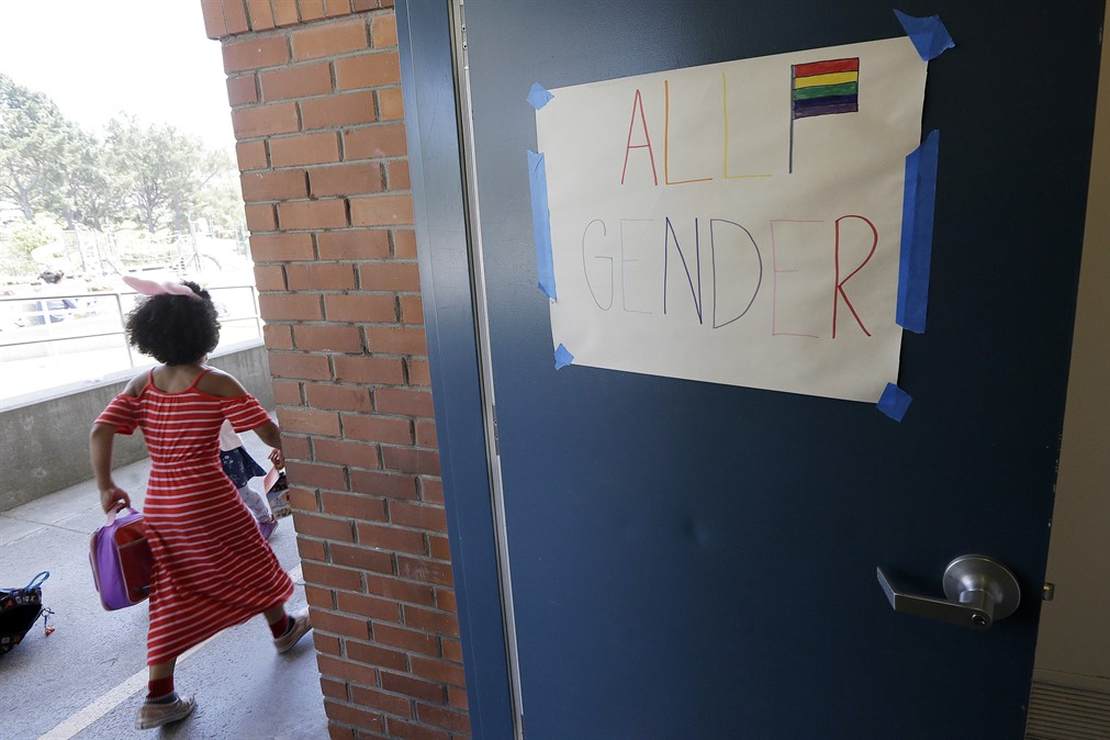 I spent six hours on Wednesday live streaming the Florida Board of Education as it passed rules to protect students from sexual groomers in schools. The board passed a new rule that would require schools to notify parents about whether or not students were using bathrooms or locker rooms that did not correspond to their biological sex. Also required is to have supervision in place for the students using the facilities. Disturbingly, many people showed up to complain that this rule is somehow “transphobic” even though it does not stop boys from using girls’ facilities and only requires parental notification. But weirdos are gonna weirdo and boy, did a bunch of them show up to yak about “transphobia.”

Sometimes I think we’ve gone too far with this anti-bullying thing. Is it possible that some bullying served a useful purpose? Is bullying a part of human interaction that helps the stragglers fit in and have an easier time as they get older and go into the workforce? You can’t wear a tail and furry ears forever. The other day I was talking to a mom whose child has Aspergers. She told me that the recent push to normalize everyone’s random weirdness has made it much worse for her daughter. Now that weird is celebrated, she no longer tries to fit in (a thing that therapists regularly work with autistic kids to do). While that might be fine for TikTok, it’s detrimental when you need to get and keep a job. Employers still don’t celebrate weirdness in the workplace. It does no one any favors to pretend like weird is normal.

Speaking of weird, where does the lady with the mohawk work? Would you hire her for anything other than a carnival ride operator? I’m just saying, why would anyone encourage children to be this weird? When do normies come back in style?

This bathroom fight is so stupid. One teacher pointed out that the new rules have made it very uncomfortable and illegal for teachers who have been forced to be in the presence of nude minors of the opposite sex. The world is upside-down.

The board passed the notification rule despite the many voices calling for parents to be left in the dark about what their kids are (literally) exposed to. But Florida should do better than this and simply institute a sex-based bathroom and locker room policy. The federal policy everyone keeps mentioning does not say biological girls and boys cannot have their own spaces. It simply says that trans students have to have access to bathrooms that correspond with their gender identity. That’s easy. Make a single-use gender-neutral bathroom and single-use gender-neutral changing rooms and require all gender-confused kids to use them. The demands of a few should not overrule the rights of the many. The way I read the policy, it only requires that transgender individuals have access to safe facilities. I don’t know why Florida is waffling on this one, but it shouldn’t.

The other items on the agenda that passed were much better than the bathroom policy (which solved nothing). The Florida Board of Education passed a rule requiring teachers to catalog the books in their classrooms and make them available for review online for the parents. This brought out the most screeching from the groomer left who knows that’s where all the indoctrination is hidden. They came up with every excuse in the book for why they cannot possibly spend the time to do all that extra work — teachers are so overworked and underpaid! When will they ever find the time!

Tiffany Justice from Moms For Liberty solved that by volunteering the moms in her organization to do the work for free. It is unconscionable that any teacher would not want parents to know what books were in her classroom. And anyone who hides books from parents is up to no good.

The third rule that was adopted by the board was in line with the Parental Rights in Education bill that the left lovingly calls “Don’t Say Gay.” This bill simply states that children in kindergarten through third grade should not be subjected to lessons on sexuality or gender. The usual overreaction from the grooming weirdos happened. If the safe space stickers are removed kids will commit suicide or something! REEEEEEEEEEEEE!

Overall it was a good day for parents in Florida. The groomers need to be told in no uncertain terms that they do not have special rights that trump the rights of parents to protect their children from ideologies with which they vehemently disagree. It’s good to watch these people be told, “No!” I imagine many Star Wars chat rooms were overflowing with salty tears afterward. If you want to watch the entire stream, subscribe to my Rumble channel here.