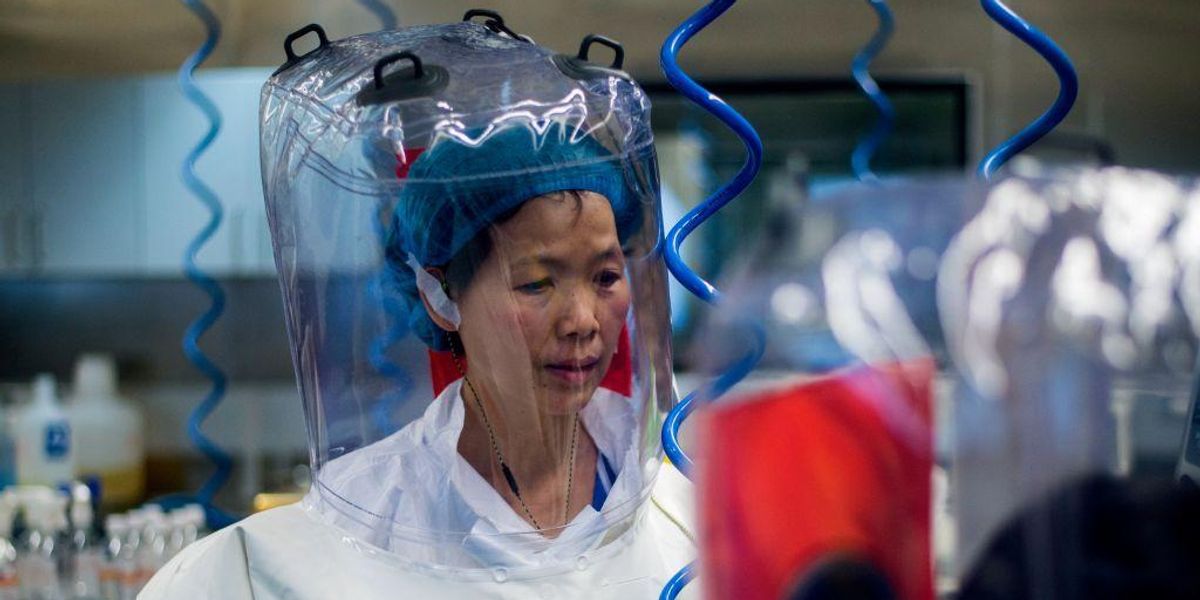 On Thursday, a scientific article released on BioRxiv detailed peculiarities in the SARS-CoV-2 virus, allegedly suggestive of human meddling. The scientists concluded there is a “high likelihood” that the virus, which has reportedly claimed the lives of over 6.5 million people worldwide, “may have originated as an infectious clone assembled in vitro.”

Confirmation of the scientists’ findings might prove politically and legally consequential, since it would mean the pandemic was the result of human error or construction and not caused by seemingly malevolent evolutionary processes.

This damning study, which has already been met with numerous expert critiques, was released amid renewed official interest in the gain-of-function research funded in part by the National Institutes of Health and undertaken at the Wuhan Institute of Virology (WIV), whose P4 lab is widely regarded to have been the likely origin point of the COVID-19 pandemic.

Antonius VanDongen of the Department of Pharmacology and Cancer Biology at Duke University, Valentin Bruttel of the German University Clinics of Würzburg, and Alex Washburne of Selva Analytics together conducted the study. The resulting paper is a preprint, not yet certified by peer review but subjected to basic screening and hosted by the Cold Spring Harbor Laboratory’s BioRxiv, which serves as an open-access preprint repository for the biological sciences.

On Substack, Washburne clarified the meaning of the word “synthetic” as it was used in the preprint. He and the other researchers found “no evidence of SARS-CoV-2 being a bioweapon … or any gain of function work. We find evidence suggesting SARS-CoV-2 may have been synthesized in the lab with known methods, probably for normal pre-COVID research purposes.”

Having elsewhere qualified what they meant by “synthetic,” in the preprint the researchers attributed their confidence about COVID-19’s synthetic nature to “a peculiar pattern of unique restriction endonuclease recognition sites” in the genome of SARS-COV-2.

This pattern is reportedly unlikely in “coronaviruses with no history of bioengineering.”

In the paper, researchers explained that to “construct synthetic variants of natural coronaviruses in the lab, researchers often use a method called in vitro genome assembly.” This method uses special “restriction enzymes” to produce DNA building blocks that can then be pieced together in the correct order of the viral genome.

When making viruses in a lab, researchers can “engineer the viral genome to add and remove stitching sites, called restriction sites.” The modification of these restriction sites purportedly creates evidence in the form of genetic “fingerprints” of in-vitro genome assembly.

Washburne stated that the common method for synthesizing coronaviruses in the lab was previously “thought to not leave a fingerprint. We found the fingerprint.”

SARS-CoV-2 allegedly has a synthetic fingerprint “anomalous in wild coronaviruses, and common in lab-assembled viruses.”

In other words, whereas a naturally occurring virus — such you might find infecting rufous horseshoe bats in Yunnan province, China — allegedly wouldn’t exhibit these fingerprints, the virus that turned the world upside down in 2020 did.

The researchers noted further that the evidence they found “is independent of other genomic evidence suggestive of a lab origin of SARS-CoV-2.”

Notwithstanding these concerns about the manufacture of chimeric viruses, scientists continue to meddle with deadly viruses. For instance, researchers at Boston University reportedly created a hybrid COVID-19 strain by combing the Omicron spike protein with the original virus.

The preprint has already been met with some criticism.

Alex Crits-Christoph, a microbiologist and postdoctoral researcher at Johns Hopkins School of Public Health, claimed the preprint to be “false” and accused the researchers of both cherry-picking data and contradicting themselves in their own graphs.

u201cThey develop a score for how evenly spaced the fragments are. Hilariously, their analysis *literally shows* that other natural CoVs score higher than SARS-CoV-2 on this metric and thus look u201cmore engineeredu201d. Clearly it’s not exactly a good signal of artificial manipulation!u201d

Crits-Christoph suggested that “post-COVID there is a cottage industry of scientists suckered into conspiracy mumbo-jumbo.”

Those behind the preprint see a utility in their work even if disproven.

“Even if our theory is rejected by later tests,” wrote Washburne, “the ease of these experiments should scare the sh– out of all of us enough to start talking about global biosafety.”

After seventh child dies in UK from strep throat complications, experts warn parents to be on the lookout for serious complications
German Nurse Swaps mRNA Vaxxes for Saline, Gets Probation
‘Reckless driver’ crashes truck into two cars at a Walmart. Police said it was a dog with a ‘guilty look’ on its face.
‘NOT FOR ME’: Univision’s Chevy Bolt Infomercial Spontaneously Combusts
Video: Fugitive hiding under mattress opens fire on cops who were searching for him. It doesn’t end well for suspect.