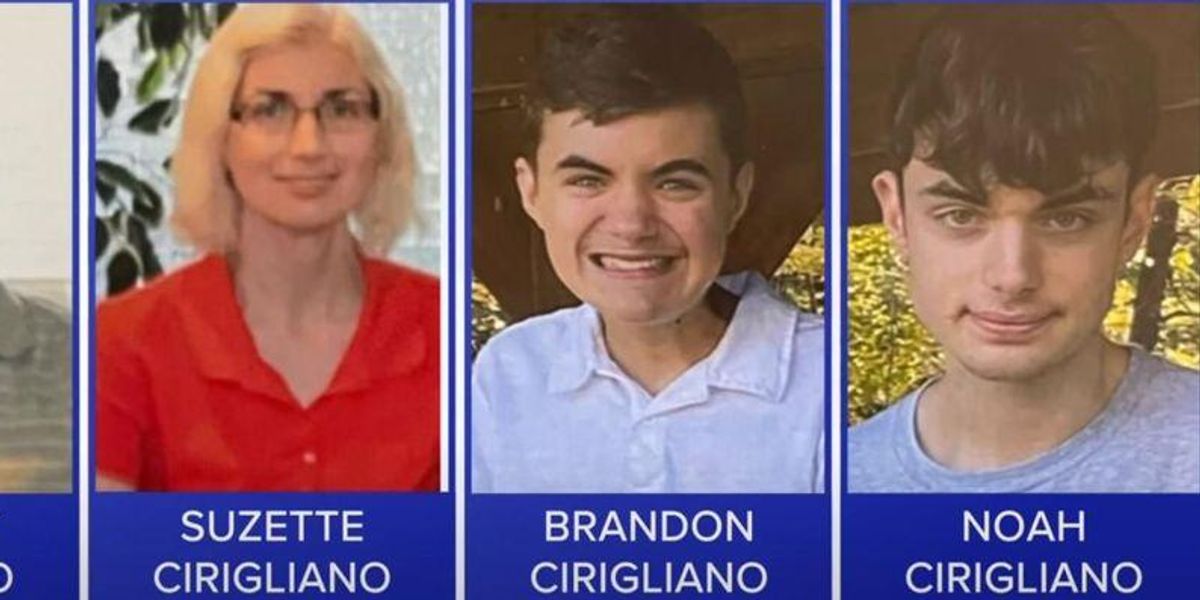 A Fremont, Michigan, family has vanished without a trace after police say the father of the family exhibited paranoid behaviors last weekend and that his mother-in-law, ridden with dementia and requiring 24-hour care, was discovered wandering through the neighborhood on Monday.

Late Saturday night, Anthony “Tony” Cirigliano, 51, made a strange and perhaps paranoid call to 911. During a two-minute conversation with a dispatcher, he requested immediate “police protection” and asked for one particular officer by name. He also hinted that his reasons for calling related to the September 11 terrorist attacks and were therefore of “vital national interest.”

“[P]eople want to erase me from the face of the Earth,” Cirigliano told the dispatcher.

The entire audio from the call can be heard below:

Watch the latest video at <a href=”https://www.foxnews.com”>foxnews.com</a>

Approximately 45 minutes later, Fremont police officers arrived at the Cirigliano residence. They spoke with Tony and his wife, Suzette, also 51, and ultimately determined that no one in the house was in imminent danger. Police left the residence early Sunday morning.

Since then, no one has seen or heard from the couple or their two sons, Brandon, 19, and Noah, 15. There has been no activity on their credit cards or Tony’s cell phone. A search of the residence determined that the cell phones belonging to the other three family members had been turned off and left behind. The family pets were found at the residence as well.

The family is believed to be traveling in a silver 2005 Toyota Sienna LE minivan, which neighbors said had been purchased only recently.

Tony works in finance and may be self-employed, and Suzette is a stay-at-home mom to her two sons, who are said to have “high-functioning autism.” Suzette is also a full-time caretaker of her mother, who has severe dementia. Her mother, whose name was not given, was discovered on Monday wandering through the neighborhood where the Ciriglianos live. She has since been placed in the care of another relative.

The disappearance of the Ciriglianos has baffled both the Fremont PD and the Michigan State Police, which is assisting in the investigation.

“They seem like really good people,” Fremont Police Chief Tim Rodwell said. “No one has had any problems with them.”

“Everyone describes [Tony] as an extremely loving father, dedicated to his family,” Rodwell added. “It’s really been an all-hands-on-deck for the officers in Fremont.”

Neighbors likewise described the four family members as quiet homebodies who do not cause trouble.

“They were always friendly,” neighbor Sue Schondelmeyer said. “When I moved in, they brought me cookies.”

Police are hoping that the family will hear the news alerts regarding their disappearance and realize that many people are worried about them. Anyone with information about their whereabouts is asked to contact the Fremont Police Department at 231-924-2100.

Niece of big-name establishment Republican arrested following meltdown on Spirit plane: Report
The Sad, Existential Difference Between Traditional Gender Roles and Feminism
Drop the covid “vaccine” mandate or no more defense funding, say GOP members of Congress to military
‘Act of Love’: Lib Men Surge To Get Vasectomies In Abortion ‘Rights’ Protest
Is Sinema’s Defection an Opportunity for the GOP in 2024?