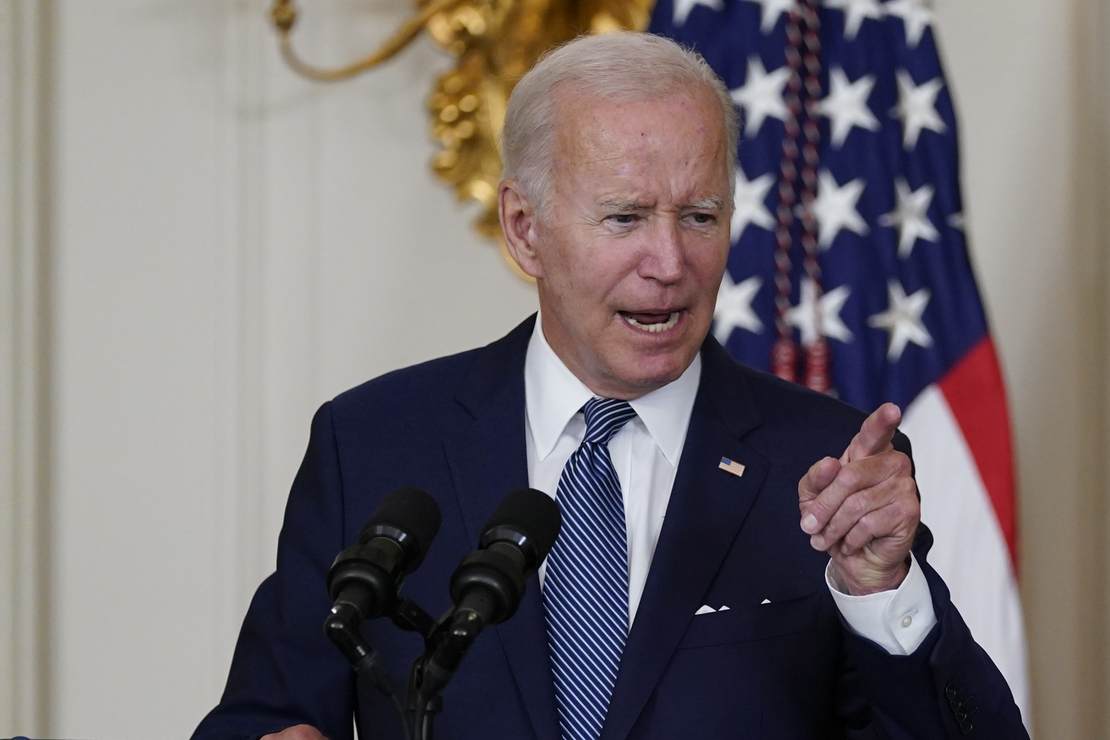 Midterm elections are a natural point for administration officials to move on—especially when the president’s party takes a shellacking, which is what is widely expected to happen in November. Dr. Anthony Fauci has already announced his intention to leave his post in December, in what is largely seen as a means to avoid Republican investigations.

But who else is likely to resign from the Biden administration after the midterm elections? I’m sure there will be plenty, but here are five likely candidates

Rumors of Yellen’s ouster have been floating around for weeks, and it seems that she is the most obvious person to get the boot after the midterms. Rising gas prices and inflation made it impossible for Democrats to reframe the midterm elections around abortion, and Yellen is going to be the inevitable scapegoat, especially since she admitted earlier this year that she and Biden were wrong about inflation when they said it would be transitory.

“Well, look, I think I was wrong then about the path that inflation would take. As I mentioned, there have been unanticipated and large shocks to the economy that have boosted energy and food prices and supply bottlenecks that have affected our economy badly that I didn’t — at the time didn’t fully understand,” Yellen told CNN. “But we recognize that now.”

In other words, Yellen admits she and Biden were wrong. Yet Biden has been blaming everyone but himself for the problem.

When Joe Biden announced in May that Karine Jean-Pierre would replace Jen Psaki as White House press secretary, he insisted that she brought the “experience, talent and integrity needed for this difficult job.” I had thought no one could have been worse than Psaki, but it turns out that Jean-Pierre’s primary qualification was all the diversity boxes she checked off. Not only is she black and a woman, but she’s also a lesbian. Once the fanfare over her appointment was over, it became clear she was in over her head. She is often grossly unprepared for briefings, and routinely dodges questions or has to refer to her notes—sometimes even providing answers that are unrelated to the question she is supposed to answer. Less than two weeks into the job, the White House brought Pentagon spokesman John Kirby over to babysit her.

Jean-Pierre hasn’t gotten any better over these several months, and I wouldn’t be surprised if she pulls a Psaki and takes a job at a liberal network so a more qualified mouthpiece can take the podium going forward.

Without a doubt, the economy weighs most heavily on the minds of Americans, but the ongoing border crisis is another issue that voters are concerned about. Once the GOP has the majority, Mayorkas will have to answer for it, as well as for punishing Border Patrol agents over alleged whippings that Mayorkas was made aware never happened. Smearing Border Patrol agents to push a narrative hasn’t sat well with the GOP, and Mayorkas will have to answer for that one way or another next year.

Probably no other Biden cabinet official will be targeted for investigations more than Merrick Garland. Republicans have already floated impeaching him should they win back the majority. While Garland won’t be able to avoid GOP investigations into abuses of power by the Department of Justice on his watch, he’ll probably want to use the midterm elections as a reason to leave the Department of Justice on his own terms rather than be the subject of impeachment. His worst abuses of power were ordering the FBI and other federal, state, and local law enforcement agencies to “investigate” concerned parents who spoke out at school board meetings and treat them as domestic terrorists and the blatant targeting of Donald Trump with investigations and the unprecedented raid on Mar-a-Lago. Polls have shown that Americans have lost faith in the objectivity of our law enforcement agencies, and a fresh face at DOJ might help.

Pete Buttigieg was a terrible presidential candidate and has been a joke of a secretary of Transportation. He was undoubtedly an affirmative action pick, chosen for being a member of the LGBT community. On top of his failure to handle the supply chain crisis, he seems to only make headlines for not being on the job or for ridiculous things like his claim last year that roads and bridges were racist, or when he said last month that Americans would save money if they could afford electric vehicles. It has been rumored that the White House was grooming him to be Biden’s successor, and it is very likely that Biden won’t run again, so I think it’s inevitable that he’ll leave the administration soon after the midterm elections in order to focus on prepping another presidential bid.

Manufacturing consent: How engineered famine will have the masses BEGGING for FEMA camps
Serial Killer in Idaho? Animal Mutilations and Unsolved Stabbings Spark Fear
Elon Musk releases a trove of emails detailing the internal debate at Twitter over censorship of the Hunter Biden laptop story
Republicans Look to Leverage Debt Limit Vote for Budget Cuts, Social Security Reform
Elon Musk rips into Apple for pulling advertising and threatening to strip Twitter from its store: ‘Do they hate free speech in America?’