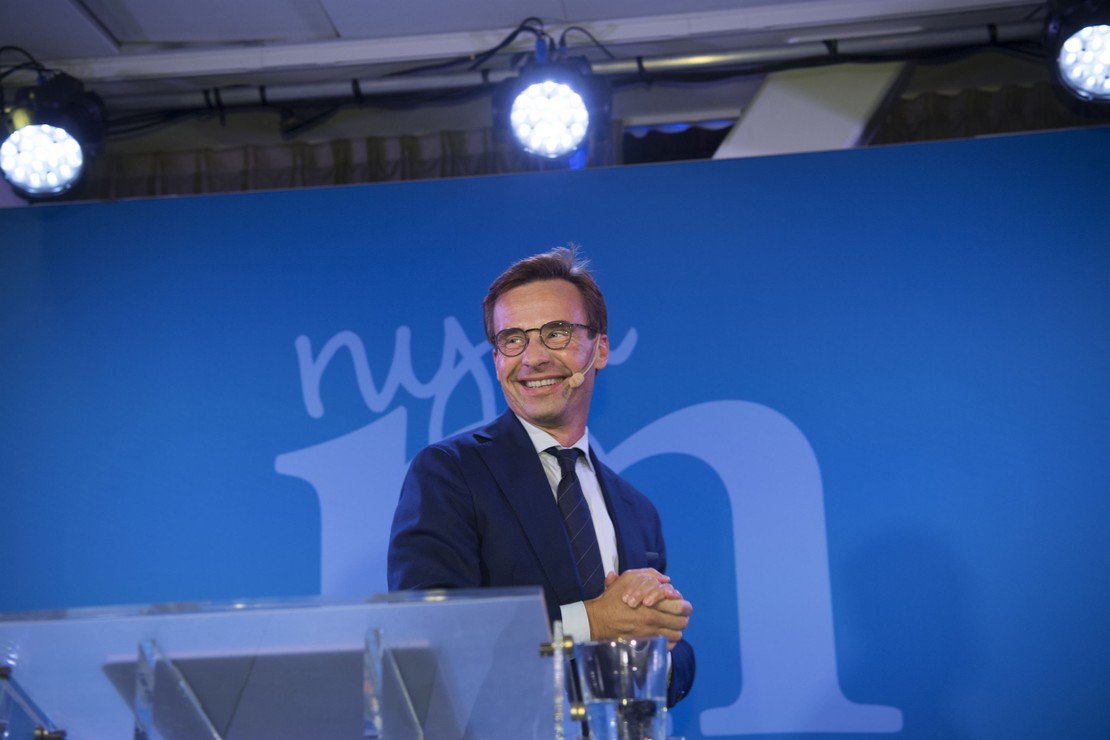 Smelling salts were all the rage in Europe this week as the new conservative Prime Minister Ulf Kristersson was elected by the Swedish parliament. Kristersson immediately set about the task of causing left-wing heads to explode all across the continent when he axed the Environment Ministry and pledged to end Sweden’s “feminist” foreign policy.

The left-wing opposition in Sweden called the ending of the Environment Ministry “devastating.” But fear not Greens. The ministry’s responsibilities will operate as part of another ministry — the new Energy, Business, and Industry Ministry.

Poor Greta Thunberg must have fainted dead away after Kristerrsson named to the post of Climate and Environment Minister a woman almost as young as Greta. Romina Pourmokhtari is 26 and headed up the youth branch of the Liberal Party. She supports Kristersson — as long as he doesn’t align the conservative coalition he heads up too closely with the SD, the Swedish nationalists.

With all the whining on the left about ending the Environment Ministry, you’d think something terrible happened.

Par Holmgren, a Swedish Green Party MEP, said, “expect huge cuts in green funding leading to a devastating impact on climate policies that we, the Greens, worked so hard to put in place.”

Isabella Lövin, chairperson of the board at the Stockholm Environmental Institute and herself a former minister of environment, said that green issues in Sweden had been “set back 35 years”.

That sounds just about right. Thirty-five years would take us back to the late 1980s when climate activism was an annoyance and the worst the Greens could do was try and save baby seals from getting clubbed to death.

The real interesting change in Kristersson’s proposed government is in his ending “feminist foreign policy.”

Foreign Affairs Minister Tobias Billström said in an interview, “We will not pursue a feminist foreign policy. That label has not served a good purpose. It has obscured the fact that Swedish foreign policy must be based on what Swedish interests and Swedish values are.”

Under the previous Social-Democratic government, in power since 2008, Sweden adopted a “feminist foreign policy,” defined as a policy promoting equality between women and men as a fundamental objective of foreign policy.

This policy encompassed the fulfilment of women’s and girls’ fundamental human rights as both an obligation within the framework of international commitments and a prerequisite for achieving Sweden’s broader goals of peace, security and sustainable development.

But Kristersson has bigger fish to fry. Sweden has petitioned to join NATO — along with Finland — but is being blocked by Turkey, which doesn’t like Sweden’s long-standing policy of granting refugee status to just about anyone — including YPG Kurdish militia members, whom Turkey sees as terrorists.

“It is important that we maintain a good and positive dialogue in this area; you will not notice any difference compared to the outgoing government. This issue is something that has received broad support in Parliament. The policy in this area is fixed,” he told SVT.

Turkey put forward a list of demands to approve Finland and Sweden’s application to join NATO.

Among them is the demand that Sweden starts exporting arms to Turkey and that Stockholm severs all ties with the ISIS-fighting YPG militia – that Ankara sees as a terrorist organisation – and extradites some Kurdish political refugees accused of terrorism by the Turkish government.

Prime Minister Erdogan is not likely to bend on this issue. So it appears that Swedish membership in NATO will be put on hold.

The major domestic issue confronting Kristersson is runaway crime. There is a rising murder rate committed by immigrant gangs fueled by the drug trade. It’s making the former idyllic country into a hellhole. The turn to the right by Swedish voters last month was a direct consequence of what the old policies have wrought, including liberal immigration.

Voters ignored the media hysteria about giving power to “fascists” and will now watch closely to see if Kristersson and his government can turn things around.