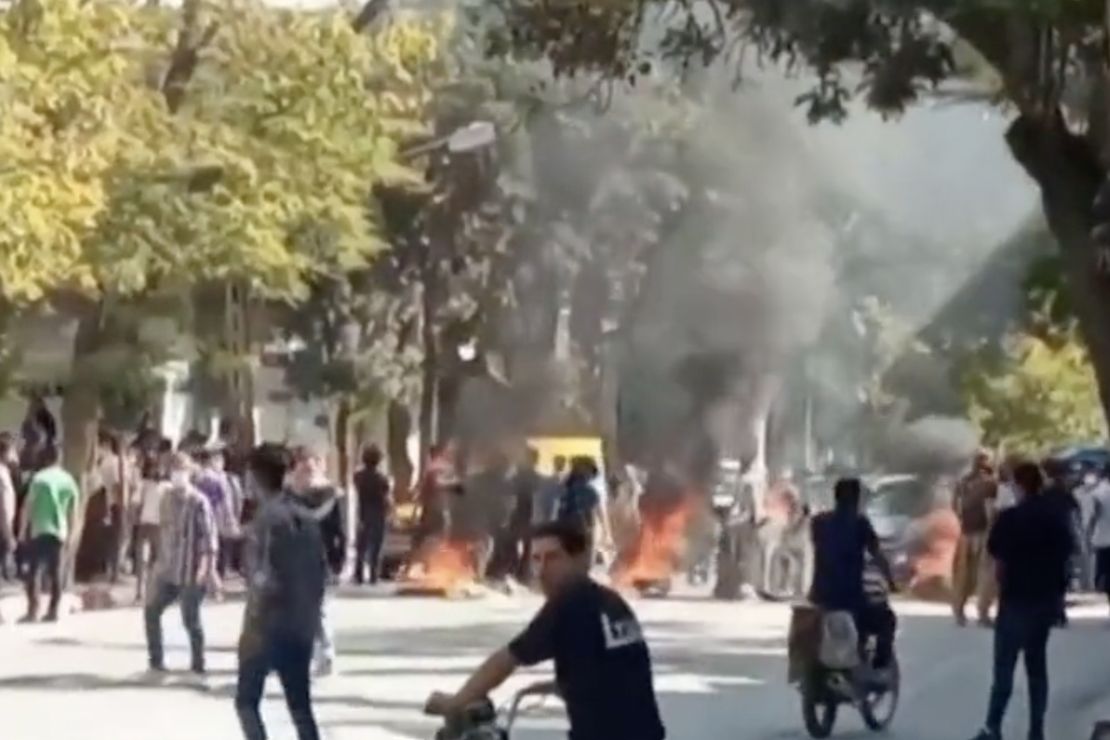 The protests in Iran that began over the death of 22-year-old Mahsa Amini at the hands of the morality police have begun their fifth week with no sign that the determination of demonstrators is flagging.

According to human rights groups, more than 12,000 Iranians have been arrested and at least 200 have been killed — many of them gunned down in the streets. At least 40 of the dead were minors. Some were beaten to death, others died in police custody.

The beatings, the shootings, and the callous murders by the dreaded “Basij” militia have created a powderkeg that is moving the demonstrations in the direction of revolution.

“Beware of the day when we are also armed”

A chant from Beheshti university students in Tehran today.

Reports say over the past month more than 200 innocent protesters got killed by security forces in Iran. but we believe the number is much more than this.#MahsaAmini pic.twitter.com/93fFyELaxU

What the protesters want from the west is eminently fair and reasonable — unless you’re Joe Biden and are still searching for a way to surrender to Iran and claim some of that oil.

What do we Iranians want from the West?

Although Washington is willing to take certain steps to support the demonstrators — such as making a few targeted sanctions designations and making it easier for people to provide them with communications technology — officials remain unwilling to abandon the ongoing nuclear talks with Iran. A potential agreement would effectively result in massive transfers of funds, potentially in the hundreds of billions of dollars, to Iran’s rulers. In short, officials are taking the side of the protesters rhetorically, but without following all the way through on implementing a maximalist support program.

What makes this attitude so craven is that there is no reason to sign a deal to prevent Iran from getting a nuclear weapon when they are already so close to getting one. Their nuclear program was unsupervised by international inspectors for more than two years, and the inspection regime is still not back to where it was earlier in the decade.

Also, Iran has enriched some of its uranium to 60% — just a short distance from the 90% needed for bomb-grade material. Iran could have a nuclear weapon in a matter of weeks and we’d probably never know it.

In the 2015 agreement, Russia agreed to take Iran’s highly enriched uranium — then at 20%. Biden would have to be a senile old fool to give Russia access to Iran’s uranium.

Secretary of State Antony Blinken, speaking today in Washington during a joint press conference with his French counterpart, Catherine Colonna, said Iran’s unreasonable demands remain the primary obstacle to a prospective deal. He did not, however, rule out such a deal on human-rights grounds, as many advocates of the protest movement have advocated. He described U.S. measures intended to back the protest movement — sanctions on the morality police, sanctions waivers for technological support — then addressed the negotiations on the Joint Comprehensive Plan of Action (JCPOA)

First there was Obama, with his ridiculous notion that U.S. support for Iran’s protesters in 2009 would brand them as “American stooges.” Now it’s Biden trying to convince us that giving Iran access to hundreds of billions of dollars would transform the Iranian mullahs into liberal Democrats.

If the United States signs on to another nuclear deal, it will be the most cynical betrayal of a people’s aspirations for freedom and independence in U.S. history.

Man thrown over the side of a bridge after Chargers game in wild incident caught on video says his attacker has still not been arrested by police
Musk: Brain implants ‘ready for humans’ — confident Neuralink could help the blind to see and the lame to walk
Democrats ‘Terminate’ the Constitution to Impose Their Agenda All the Time
WashPost Arrives on Twitter Files on Hunter Biden: Not Even Close to a ‘Bombshell’!
As I Mark 80 Years of Age…