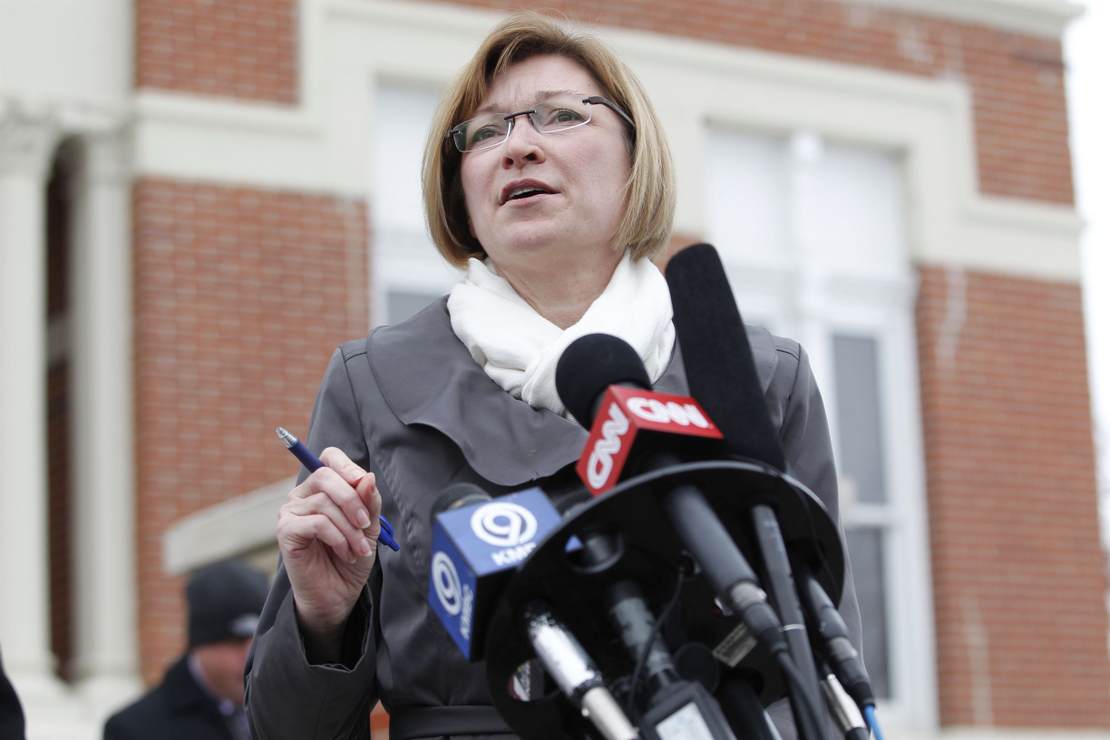 Quick head count: anyone here from Missouri? Is anybody from the Show-Me State? Okay, how about Jackson County? Anyone? If you or someone you love or even like lives in Jackson County, Missouri, it is time to call a realtor and get the hell out of Dodge. Or in this case, Jackson. Jean Peters Baker is the county prosecutor there. She has decided that there is not enough evidence to move ahead with prosecuting a woman who shot an off-duty firefighter in the back.

According to a report in The Post Millennial, 42-year-old Anthony Santi happened to be at a Kansas City convenience store on October 6.  He stood up for a female cashier who was being berated by  23-year-old Ja’von Taylor. Taylor was upset because the store did not have his favorite brand of cigar. Never mind the fact that there are probably plenty of stores and tobacco shops that could have sold Taylor any stogie he wanted. He was angry at the clerk and was becoming more and more upset. Santi and the clerk told Taylor to leave.

But Taylor did not leave. He threatened both Santi and the clerk and then went out to his SUV and got his gun, which had one of those extended magazines that ostensibly bother Leftists so much. Seeing a potential problem, Santi wrestled Taylor to the ground and restrained him. The woman who was with Taylor then got involved. You can watch the video below.

What the video does not show is the woman shooting Santi in the back. Santi got up, made his way back to the store, collapsed, and died.

Keep in mind, Santi did not select Taylor for an attack because he had racist motives. Taylor had made threats and produced a gun. Santi was not out looking for trouble.

Enter Baker, who has declined to prosecute anyone for murder. Taylor was charged with possession of a firearm. The woman was not charged at all. Let me repeat that in case you think you may have misread it. The woman was not charged at all for shooting Santi in the back. Santi, who was trying to control an angry man with a gun who was making threats. Baker is a member of the far left, a known BLM supporter, and anti-police. She is also a strong DEI advocate with a history of failing to prosecute violent criminals.

I am a believer in honesty. Had the situation been reversed and had a white man shot a black man under the same circumstances, not only would he have been rightly prosecuted, but chances are there would have been as many additional charges as possible, followed by commentaries and editorials about guns and, in particular, extended magazines.

Now someone out there is screaming “racist” at the top of their lungs. But this was not a racially motivated incident. And perhaps you should pause a moment, wipe the foam from your mouth, and consider that, possibly, in addition to her progressive persuasion, Baker probably operates under the same delusion of many leftists: mainly that black people are unable to make decisions and should not be responsible for their actions. This train of thought denies black people their humanity and reduces them to little more than wards of the state. It is racist by its very nature.

Not convinced? Consider a speech made to the Wake County school board in North Carolina by pastor and activist John Amanchukwu.

Fox News Digital also had this quote from Amanchuku:

As a resident of Wake County for the past 30+ plus years, after hearing about the failed test scores of all students, in particular black students, along with the intentional politicization of the classroom, I thought it necessary to attend the school board meeting and fight back against the cultural Marxism, critical race theory, gender theory, and queer theory that is dominating Wake County Public School System and many other schools around the country.

While Whites are being demonized for whiteness, and Blacks are made to feel as if they are inferior or victims(CRT), tax dollars are being wasted on a diversity office, while blacks, the group they claim to protect/support, are declining academically. Wake County has become ‘Woke County’ and the intentional indoctrination of our children has become the school system’s chief goal, to the detriment of all students.

People are not products. Had someone cared more about Ja’von Taylor than about exploiting a system, Anthony Santi might be alive today. And who knows, maybe the day will come when the black community may finally figure out that the only people who benefit from DEI are, in many cases, white liberals who want to maintain or acquire power.