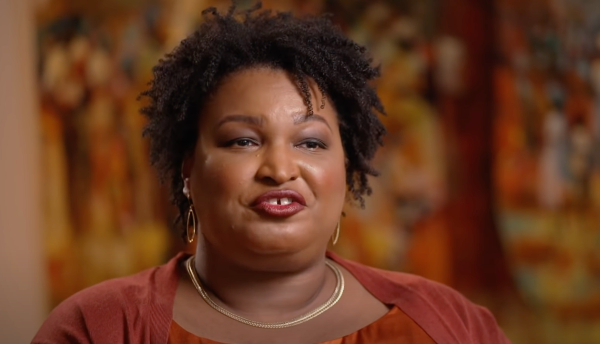 (Natural News)
Stacey Abrams, the dem’s candidate for governor in Georgia, recently went on MSNBC’s “Morning Joe” to discuss inflation, and the things she would do as governor to fix it.  MSNBC’s Mike Barnicle asked, “While abortion is an issue, it nowhere reaches the level of interest of voters in terms of the cost of gas, food …”

Immediately, Abrams said that abortion is an “economic issue.” She suggested that children are a financial burden that can be dealt with through abortion.

“Let’s be clear. Having children is why you’re worried about your price for gas, it’s why you’re concerned about how much food costs,” Abrams said. “For women, this is not a reductive issue. You can’t divorce being forced to carry an unwanted pregnancy from the economic realities of having a child.”

This is the Democrat’s playbook in action: destroy the economy, drive hardworking people into poverty, and then promote the mass murder of babies as the “solution” to inflation. Her advice is hopeless and cruel. It’s psychopathic.

A month ago, Abrams mocked the scientific reality that fetuses have a heartbeat as early as six weeks. “There is no such thing as a heartbeat at six weeks,” Abrams said last month. “It is a manufactured sound designed to convince people that men have the right to take control of a woman’s body.”

Abrams is looking to take control over the entire state government of Georgia, while completely devaluing pregnancy and human life. She speaks about women’s bodies, their children, and their future in terms of wasted dollars. Abrams is essentially calling for the same kind of mass child sacrifice that the communists in China enforce with their economically-efficient, one-child-per-household mandates.

Cold and calculated, Abrams continued to advocate for abortion by condemning women to a life of poverty if they get pregnant and give birth.

“Right now, we are walking away so often from the real issues that people care about. Abortion is an economic issue. It’s been reduced to this idea of a culture war,” Abrams argued. “But for women in Georgia, this is very much a question of whether they’re going to end up in poverty in the next five years because women who are forced to carry unwanted pregnancies end up within poverty — they’re four times more likely to be impoverished in five years.”

In tough and tyrannical times, there is hope for life, family, and abundance

In Exodus 1: 15-22 of the Holy Bible, the Hebrews faced terrifying times – slavery, plagues, and genocide. Even in their plight, those who valued life and revered God ultimately gave birth, even when their baby’s lives were threatened by Pharaoh and his murderous acolytes. In those times, Pharaoh ordered the Hebrew midwives to kill all baby boys immediately after they were born:

Later, the king of Egypt spoke to the Hebrew midwives, one of whom was named Shiphrah and the other Puah. “When you help the Hebrew women give birth,” he said, “watch them as they deliver. If it’s a son, kill him; but if it’s a daughter, let her live.” But the midwives feared God and didn’t do what the king of Egypt told them. Instead, they let the boys live.

When the king of Egypt called for the midwives, he asked them, “Why have you done this and allowed the boys to live?” “Hebrew women aren’t like Egyptian women,” the midwives replied to Pharaoh. “They’re so healthy that they give birth before the midwives arrive to help them.”

God was pleased with the midwives, and the people multiplied and became very strong. Because the midwives feared God, he provided families for them. Meanwhile, Pharaoh continued commanding all of his people, “You’re to throw every Hebrew son who is born into the Nile River, but you’re to allow every Hebrew daughter to live.”

One of the babies that was supposed to be slaughtered — Moses — was ultimately protected by God. Moses grew up in the empire and eventually found out about the true history of the empire’s genocide. Moses escaped the empire, was spiritually refined later in adulthood, and ultimately accepted God’s call to a higher purpose. Following God’s lead, Moses was part of a great rebellion in confronting the prideful Pharaoh, in freeing the Hebrews from slavery, and ultimately leading them to a “land flowing with milk and honey.”

No matter how hopeless the democrat’s message — life is valuable, family is worth protecting, and God’s love, power, and abundance is real.

70-year-old Marine veteran fighting for his life after braving devastating rowhouse explosion to rescue strangers
Texas teacher, aides arrested for allegedly locking 5-year-old special needs boy in ‘isolation room,’ where he ate feces, drank urine, and hurt himself
This year, and every year, I am most thankful for family
Alex Jones is Releasing His Own Bourbon Called ‘Conspiracy’
San Francisco police seek approval to use robots to deploy lethal force