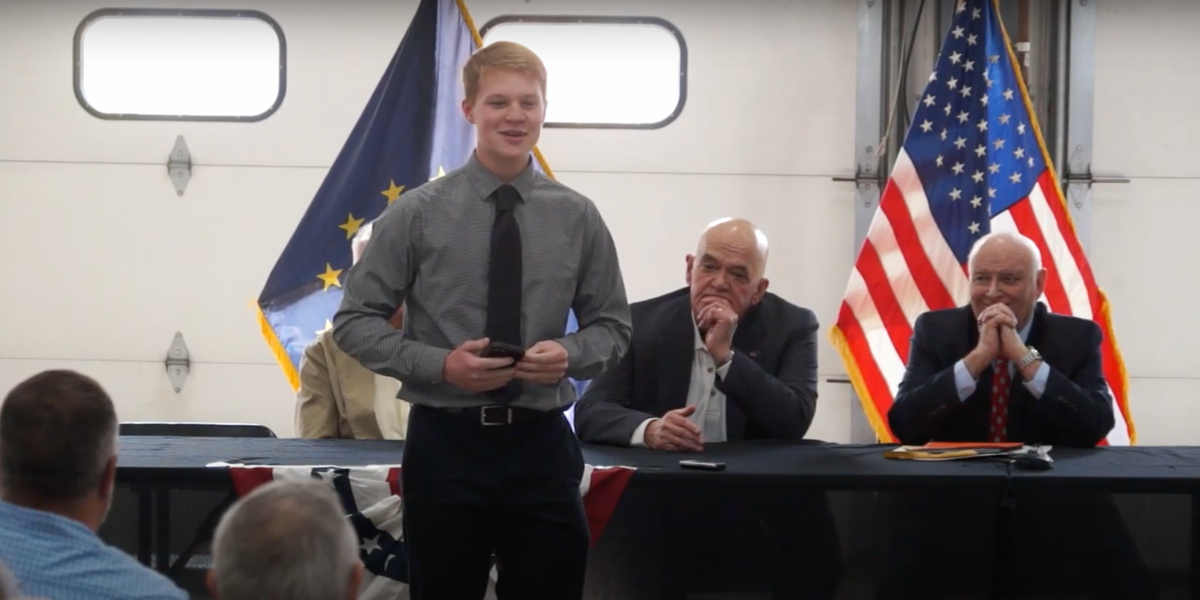 Drew Strasser, a seemingly healthy 18-year-old, survived a sudden cardiac issue that left him unconscious at tennis practice on August 5.

Today reported that Strasser’s teammate and friend, Jake, performed CPR and that his coach, Jesse Atkinson, went to get an automated external defibrillator (AED). ABC57 reported that the friend’s name is Jacob Freeman.

“I never would have thought it would be my kid,” Laneia Strasser of Rochester, Indiana, told Today. “His friend, his 18-year-old teammate who works as a lifeguard — luckily he handled the situation right. Nobody knows how you’re going to react to a situation like that, and he did what he needed to do.”

An ambulance transported the young man to a hospital. “They told us, ‘No he didn’t have a heart attack. It was that he was in sudden cardiac arrest,” the mother said, according to the outlet. “It was very traumatic. Scary, scary, scary morning.”

Strasser was moved to Riley Hospital for Children. “By Sunday, he had developed a lung infection, and he took a turn for the worse,” Laneia Strasser noted. “His blood pressure kept dropping really low. They (gave) him really strong antibiotics.”

Doctors were unable to determine the reason for the young man’s sudden cardiac arrest and suggested that he get an implantable cardioverter-defibrillator, Today reported.

“If there is a reversible cause or something that we can treat, we do not need the ICD,” said Dr. Adam Kean said, according to the outlet. “His diagnosis is what’s referred to as idiopathic ventricular fibrillation, which basically means we don’t have another diagnosis.”

Drew Strasser went home the day after receiving the ICD.

He eventually recovered enough to play a doubles tennis match with his friend Jake — but the duo lost. “I was hoping we would win, but I was more grateful that I got to play before the end of the year, especially since I was with Jake, the person who gave me CPR,” Drew Strasser noted. “That’s a really special bond.”

Freeman was honored for his action to help his friend: