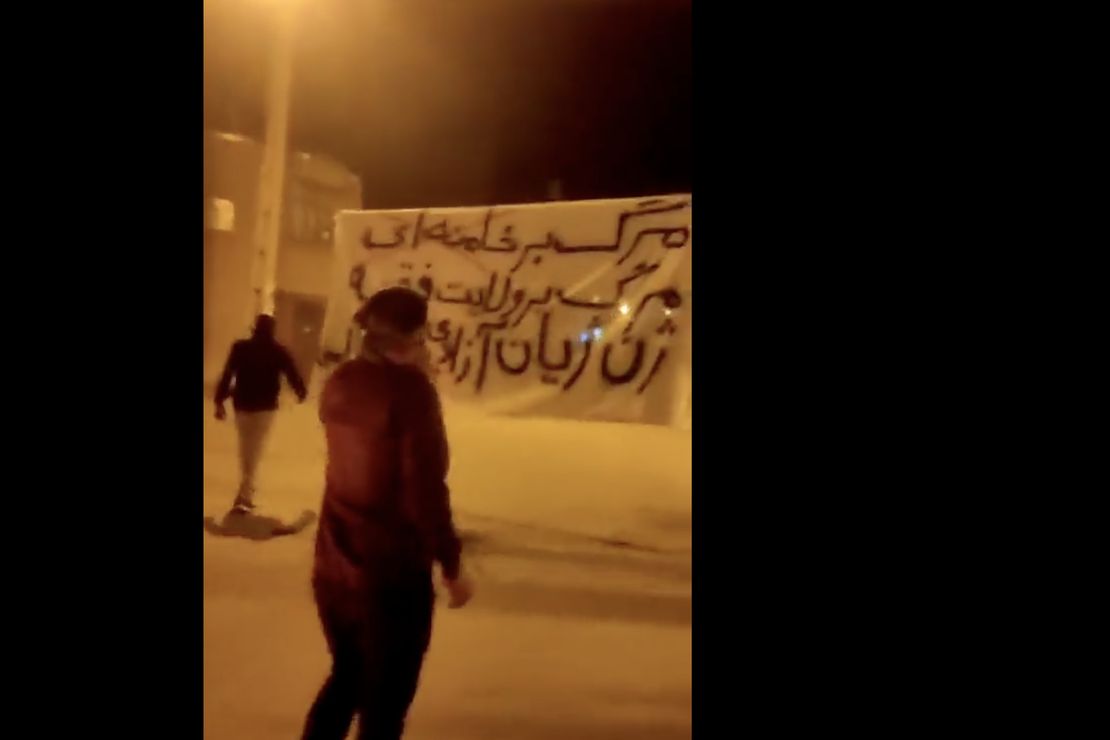 The protests in Iran following the death of 22-year-old Mahsa Amini on September 16 have changed dramatically. Instead of thousands of protesters assembling to demonstrate against the regime, small groups of mostly women show up on city streets, record their opposition to the regime, and then melt into the background as authorities close in.

It’s an effective tactic given the brutality of the response to any protests. The women are beaten and sexually assaulted, and many are shot — including young girls.

This video is hard to watch, but who will bear witness to the atrocities if not us?

The moment of her death was captured by her own mobile. #GhazalehChelabi 32 Yr old woman was shouting “don’t be scared, we are all together” & recording the protest over the murder of #MahsaAmini when she was shot by the security forces on Amol city in Iran.
She was a climber. pic.twitter.com/aeVpvIuqNH

Aside from expressing outrage, the United States government has done little. The State Department has slapped some sanctions on the morality police, but Iran is so heavily sanctioned already that it’s hard to find something to punish them with.

At least it’s more than what the Obama administration did in 2009 following the rigged election that brought Mahmoud Ahmadinejad to the presidency. Then, there were two million people marching in the streets of Tehran, and the U.S. kept quiet.

Barack Obama explained that he thought if the U.S. spoke out, it would damage the protester’s “street cred.”

An important recognition by President Obama, echoing Secretary Clinton’s own regrets, that the lack of public support of the 2009 Iran protests was a missed opportunity to support the democratic aspirations of the Iranian people.#MahsaAmini pic.twitter.com/te8DPN7zVl

“What we learned in the aftermath of that is that you can overthink these things,” National Security Adviser Jake Sullivan — in 2009 a top State Department adviser — told NBC’s Meet the Press late last month. “The most important thing for the United States to do is to be firm and clear and principled in response to citizens of any country demanding their rights and dignity.”

A small crowd gathers at night to avoid the government assassins.

What’s needed is a rock-solid wall of support from the richest, freest nations in the world standing as one and unapologetically denouncing the Iranians for their unconscionable brutality. Masih Alinejad has been at the forefront of Iranian activists calling for solidarity.

“If we don’t get united… these dictators are gonna kill more people… It’s not too much to ask that democratic countries get united, the same way that dictators are united, to end this gender apartheid regime” – @AlinejadMasih w/ @NicolleDWallace pic.twitter.com/U7zCCMPLks

So far, at least 215 people, including 27 under the age of 18, have been murdered, according to the Norway-based Iran Human Rights, and that’s almost certainly an undercount.

“It used to be that Iran would have protested every 10 years—now it’s happening almost every year,” Alex Vatanka, founding director of the Iran Program at the Middle East Institute, told The Dispatch. “The trend is one of a young, angry [generation]—extremely angry, because they’re hopeless about the future—and they are also fearless. And these things combined really created an explosive cocktail.”

The West’s efforts to meet the moment on this round of protests has so far included a lot of statements of solidarity. The Biden administration quickly announced its support for the demonstrators and has continued doing so: President Joe Biden mentioned them in his United Nations General Assembly speech, several top officials have met with Iranian activists, and the State Department yesterday reiterated its support for freedom of internet access in Iran. Others have joined in—Belgium’s foreign minister and two other lawmakers cut their hair in solidarity on the floor of parliament, and Canadian Foreign Minister Melanie Joly on Thursday led a virtual gathering of 14 other female foreign ministers and officials to hear from Iranian activists.

The notion that solidarity like this will actually stem the violence is a vain hope.

“Pressure from the international community does matter,” Vatanka said. “It’s not going to stop the trajectory of these protesters or the regime’s response, but it is going to shape it—and it might shape it in a way that will reduce bloodshed.”

Iran has already calculated the response of the West in their formulation of policy on how to deal with the protests. In 2019, officers killed an estimated 1,500 protesters — though again, there have likely been more killings than we know about. Strong international protests didn’t seem to matter then, and they’re not likely to matter now.

What then? A blockade of Iranian ports? The world needs Iran’s oil badly, and boycotting Iranian oil would be self-defeating. So the bloody protests will continue until enough people have been murdered or put in jail to break the back of the protest movement and hand the regime another empty victory.

Trump Tries to Clean Up Kanye Kerfuffle… Is It Enough?
California city will send all adult residents, including non-US citizens, $100 in taxpayer funds to donate to political candidates
Elon Musk threatens to release Twitterâ€™s emails related to the suppression of the Hunter Biden laptop story
There’s Even More Drama Concerning the Elections in Arizona Than You Thought
The Left Decides the Preferred Narrative Trumps Preferred Pronouns