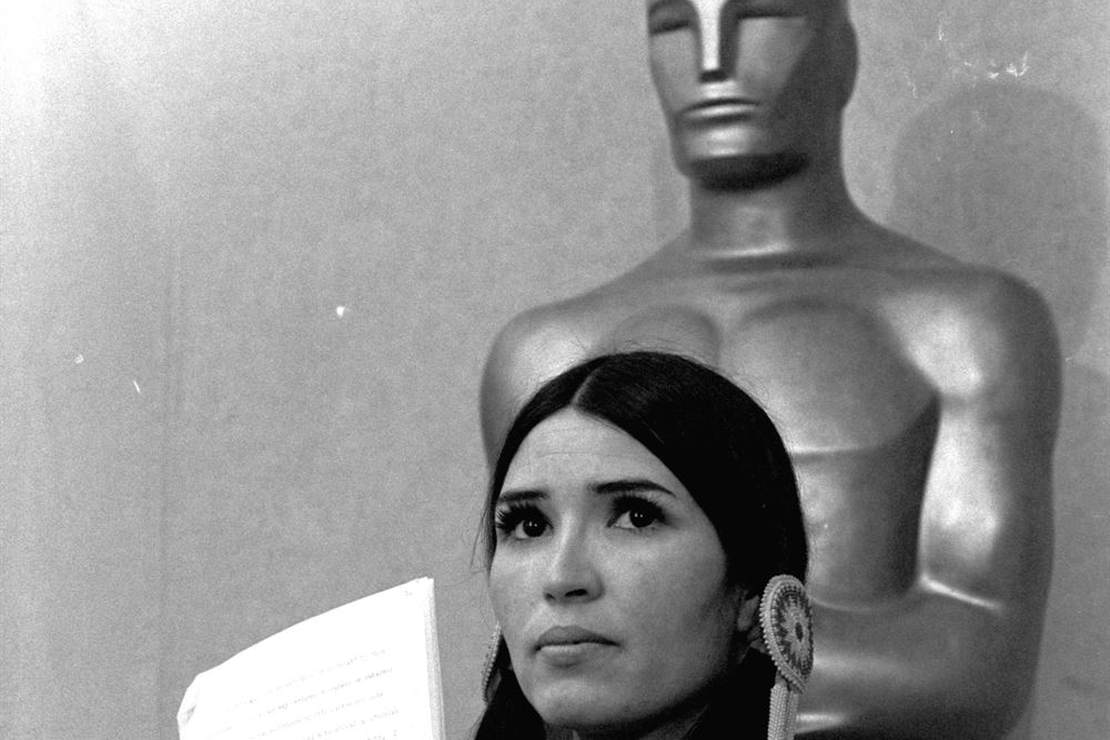 You’ve probably seen the video of a Native American woman in full dress accepting the Academy Award for Marlon Brando after he was awarded Best Actor for his role as Vito Corleone in The Godfather. The name she went by at the time was Sacheen Littlefeather and she was already a noted Native American activist.

But “Littlefeather” was hiding the truth. She hid the fact that she wasn’t Native American at all, and she hid it for more than 50 years. In fact, her family was from Mexico — confirmed by records going back to the 1880s — and had no native blood whatsoever.

The truth has finally come out, thanks to the tireless efforts of Native American activists who work to expose frauds. Now that the Academy of Motion Pictures has apologized to Littlefeather for the “abuse” she experienced at the 1973 Oscars, perhaps questions can be asked about why it took 50 years to unmask this fraud when a Native American author — Jacqueline Keeler — was able to do it with a little digging.

The bottom line is that many people are far too eager to accept stories of oppression at face value. For some reporters, it becomes a question of being “too good to check.” And since there are people who benefit from these tall tales of white racism, it becomes harder for someone who truly is mistreated or oppressed to be heard.

Littlefeather’s real name is Mary Louis Cruz. She grew up lower middle class but not in a “shack,” as she told interviewers for years. Her father wasn’t an alcoholic who beat her, as she claimed. This we know from her two sisters — Rosalind Cruz and Trudy Orlandi — who stepped forward recently to tell the truth about their Mexican background.

The sisters told me that their family never claimed this heritage growing up. After hearing her sister’s stories, Cruz checked with White Mountain Apache authorities to see if she or anyone in her family were members of the tribe. She says no enrollment records were found. The sisters also assert that Littlefeather’s stories about their violent and impoverished upbringing were also patently false.

On Dec. 6, 1974, the Berkeley Gazette quoted Littlefeather calling herself “an urban Indian.”

“Never saw a reservation till I was 17,” she said. “I lived in a shack in Salinas, Cal. I remember the day we got a toilet, and I brought the neighborhood kids in and gave them the tour.”

“That infuriates me,” her sister Orlandi said when told of the quote. “Our house had a toilet … And it’s not a shack, OK, I have pictures of it. Of course, we had a toilet.”

If Ms. Cruz had spoken well of her parents, her sisters may not have gotten so upset that they felt like they had to come forward to rescue their reputations.

They both insisted that Littlefeather assumed the life story of their father, who in no way resembled her characterization of a violent Apache alcoholic who terrorized them and their white mother.

“My father was deaf and he had lost his hearing at 9 years old through meningitis,” [Rosalind] Cruz said. “He was born into poverty. His father, George Cruz, was an alcoholic who was violent and used to beat him. And he was passed to foster homes and family. But my sister Sacheen took what happened to him.”

Now, “Littlefeather” is dead and her secrets are finally being unraveled. Some on the left might say that she may not have been a blood Indian, but she felt the pain in her soul. There’s no intelligent response to that except to recognize it for what it is.

A desperate cry for help.

The Sad, Existential Difference Between Traditional Gender Roles and Feminism
New homeowner shocked to discover decaying corpse in basement of his house. It was the previous owner.
Joe Biden: Warnock Votes with Me Nearly 100% – Don’t Tell Georgia Voters That (VIDEO)
Is National CPA Firm Armanino, LLP the New Arthur Andersen After Representing FTX?
Masked robbers face no resistance, easily steal $35,000 in products from crowded Apple Store. One crook reportedly threatened violence against anyone trying to stop them.