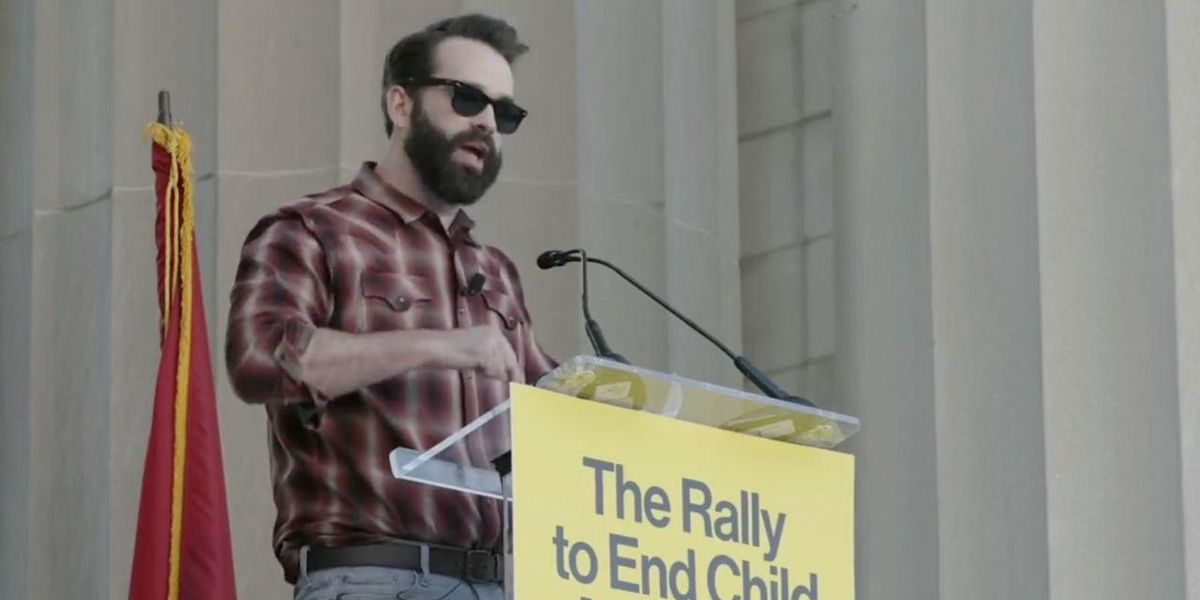 Matt Walsh’s “Rally to End Child Mutilation” attracted an estimated 3,000 people Friday at the Tennessee State Capitol — as well as a small group of foul-mouthed, left-wing protesters who made several pathetic, unsuccessful attempts to shut down the event, according to the Daily Wire.

The large crowd was solidly with Walsh’s cause to end medical transgender treatments for children and easily drowned out the protesters.

Twitter videos of the event documented numerous incidents of leftists melting down over the rally’s message.

u201cNASHVILLE: Here at the Capitol antifascist counter-protesters demonstrate their disdain for @MattWalshBlog and #therallytoendchildmutilation | @TPUSAu201d

Radicals held up signs that read “Nazi lives don’t matter” and “fascists f*** off.” At one point protesters surrounded some Walsh supporters in the crowd and chanted over a megaphone, “F*** around, you’re gonna find out.”

One unnamed protester claimed to have taken hormone blockers and attempted to tell attendees that the treatment is life-saving and “completely reversible” if children change their minds. The protester argued that puberty is traumatic for some children, so “gender-affirming” treatment is necessary for minors.

Far-left protesters attempted to drown out a speech by de-transitioner Chloe Cole by repeatedly shouting, “F*** you, fascist.”

Cole discussed her emotional journey of being born a girl but deciding to transition and undergo a double mastectomy at 18 years — then ultimately de-transitioning. Cole now dedicates her time to speaking out against irreversible gender-mutilating hormone therapies and surgeries on minors.

“[Cole] is a fascist, and she doesn’t care about other trans youth,” one leftist protester told the Daily Wire. “She’s using her own experiences to s**t on thousands of others that want to kill themselves because people like this won’t let them.”

When Matt Walsh walked on stage, radical protesters continued trying to chant and shriek over the rally.

One protester was captured on video calling Walsh “a far-right lunatic propagandist.” The protester stated, “If you support anything he f***ing says, you’re indoctrinating everyone you know into being a Nazi.”

Despite the best efforts of the leftists, the vast majority of the crowd turned up in support of Walsh.

Walsh’s stated during his speech that “these people here don’t want you to hear what we have to say because they’re cowards. They can’t engage in the argument. All they could try to do is shut us down and silence us, but it’s not going to work. We’re still here. We’re not going anywhere.”

Walsh explained that the purpose of the event was to rally together “to protect our children.” He accused the far-left protesters of “victimizing and preying upon kids.”

He added, “The reason they’re acting this way is because they are losing, and they know it. They’re losing. And they will continue to lose as long as we continue to fight all across the country.”

u201c.@MattWalshBlog confronts Antifa protesters: “They don’t want you to hear what we have to say because they’re cowards. They can’t engage in the argument. All they could try to do is shut us down and silence us. But it’s not going to work…We’re not going anywhere.”u201d

‘We can no longer say this is a pandemic of the unvaccinated’: CDC data indicates vaccinated, boosted people together make up majority of COVID-19 deaths
There’s No Excuse for GOP Supporting the Disrespect for Marriage Act
Report: Chinese state media used TikTok to run propaganda campaign against Republican candidates in midterm elections
DAMNING DOCUMENTS UNCOVERED: CDC directly colluded with Twitter, Facebook to censor free speech
DON’T SHED ON ME: The covid “vaccinated” are a health threat to the unvaccinated, warns Dr. McCullough