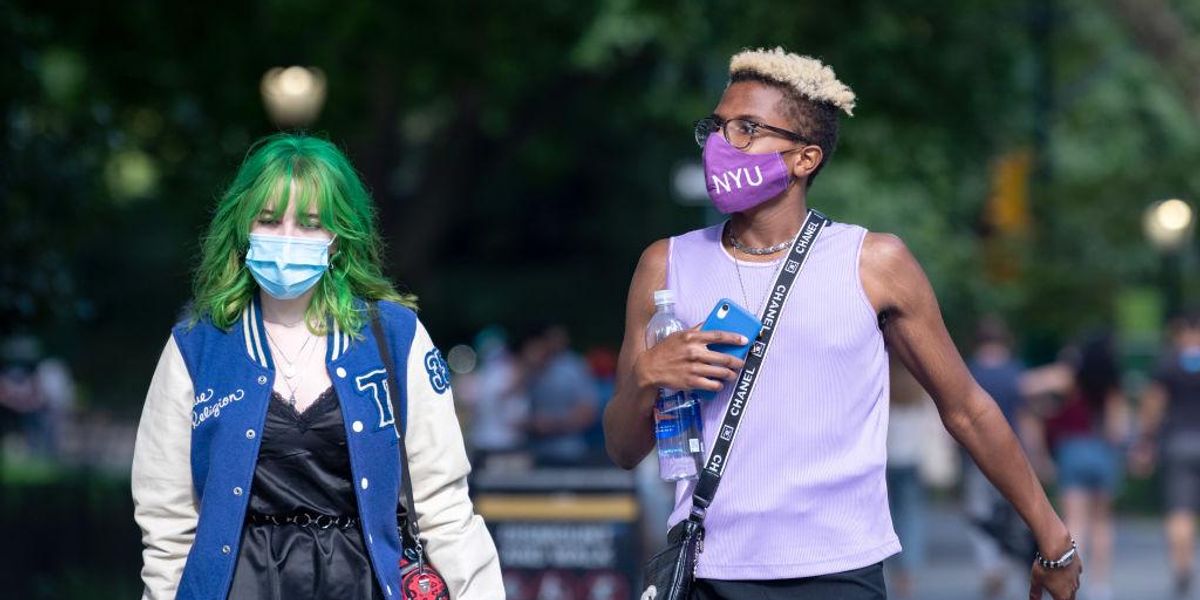 New York University students successfully petitioned to have a chemistry professor fired last month because they found his pre-med course too challenging. That professor is now speaking out about students’ inability to “take responsibility for failure” and the danger of appeasing juvenile demands to be coddled.

84-year-old Maitland Jones Jr. is a professor of chemistry. Prior to teaching at NYU for fifteen years, he taught at Princeton University from 1964 until 2007, where he worked on over 200 papers, monographs, and books. According to Princeton’s Office of the Dean of Faculty, the lab in which he experimented “was an incubator of scientific and cultural exchange at all levels.”

Jones has a reputation as an academic who “teaches the very knowledge he creates” and whose classes, at least at Princeton, received rave reviews. As recently as 2017, he was celebrated as one of the “Coolest Professors at NYU.”

The New York Times reported that last spring, 82 of his 350 undergraduate students signed a petition against Jones, claiming that his “high-stakes course” was too hard, going so far as to personally blame Jones for their poor test scores.

The petition said, “We urge you to realize that a class with such a high percentage of withdrawals and low grades has failed to make students’ learning and wellbeing a priority and reflects poorly on the chemistry department as well as the institution as a whole.”

According to the Guardian, the petition did not explicitly demand for Jones to be fired. Nevertheless, NYU deans terminated Jones’ contract in August ahead of the fall semester.

Jones later wrote that the “deans never revealed the contents of the petition to me so I was unable to refute it in any way. After several months of silence on their part, on Aug. 2 the deans fired me over the objections of the chemistry department. The administration summarily dismissed the grievance I filed.”

Paramjit Arora, a fellow chemist and colleague of Jones’, told the New York Times, “The deans are obviously going for some bottom line, and they want happy students who are saying great things about the university so more people apply and the U.S. News rankings keep going higher.”

Jones stated that while his “reputation as a chemist and educator has not been seriously damaged,” barring “fair-minded support from departmental and university leadership,” teachers will no longer be able to “transfer their knowledge and experience to the next generation of students and teachers.”

The New York Times noted that extra to firing Jones, NYU officials tried to appease his former students, enabling them to withdraw from his class retroactively — in what Mark E. Tuckerman, the chemistry department’s chairman referred to as a “one-time exception” — while also offering to review their grades.

Marc A. Walters, director of undergraduate studies, wrote to Jones ahead of his termination, indicating that NYU would “extend a gentle but firm hand to the students and those who pay the tuition bills.”

Jones seized on this remark among others in a recent opinion piece he penned for the Boston Globe.

The veteran academic suggested that such interventions on behalf of students unwilling to confront their test score-illuminated shortcomings have a “chilling effect … on teaching overall and especially on untenured professors.”

Jones suggested that untenured faculty won’t dare to “give real grades” and risk their careers “at the peril of complaining students and deans who seem willing to turn students into nothing more than tuition-paying clients.”

The problem, in Jones’ estimation, is not just the confrontation-adverse administrators who he indicated think of students chiefly as clients. The students complaining have also themselves to blame.

In his op-ed, Jones claimed that, during the pandemic when in-person classes were interrupted, he “commissioned and paid for a series of 52 videos to substitute for canceled in-person lectures. Students rarely watched them. They performed abysmally on exams that would have seemed too easy only a few years ago.”

Despite failing to prepare and execute, many students who evidenced their need for help didn’t seek it, certainly not by attending zoomed office hours.

Zacharia Benslimane, a Ph.D. student at Harvard who previously worked as a teaching assistant in Jones’ course, told NYU, “I have noticed that many of the students who consistently complained about the class did not use the resources we afforded to them.”

The incompetence amongst students was not, however, universal, just as the signers of the petition did not come close to achieving a majority.

Jones reported that while single digit scores became common “and we even had zeros on exams … 60 percent of my students still got As and Bs this past semester.”

While underperformers bottomed out, top students were allegedly performing better than ever.

Concerning the underperformers, Jones wrote, “Everyone hits limits at some point, and it is a vital life skill to use ‘failure’ to overcome and improve. Failure should become a class ‘teachable moment.'”

The pandemic may have exacerbated the problem of incompetence and the refusal to address it, but, according to Jones, the problem goes back at least a decade.

“About 10 years ago, I noticed that students were increasingly misreading exam questions,” Jones wrote. “My careful attention to the wording or problems did not help much. Exam scores began to decline, as did attendance in the traditional large lecture section of the course.”

“Deans must learn to not coddle students for the sake of tuition … They must join the community in times of conflict to generate those teachable moments,” wrote Jones.

In addition to adults remaining resolute in upholding high standards, Jones emphasized that students “need to develop the ability to take responsibility for failure. If they continue to deflect blame, they will never grow.”

Senators refuse to approve any new defense spending unless military’s covid jab mandate ends
Unvaccinated blood sees demand increase all around the world
How the Biden Justice Department Vindicated Trump
Man thrown over the side of a bridge after Chargers game in wild incident caught on video says his attacker has still not been arrested by police
Woke Pastor Says “Spirit of God Will Arrest(?)” People To Vote For Democrat Sen. Raphael Warnock