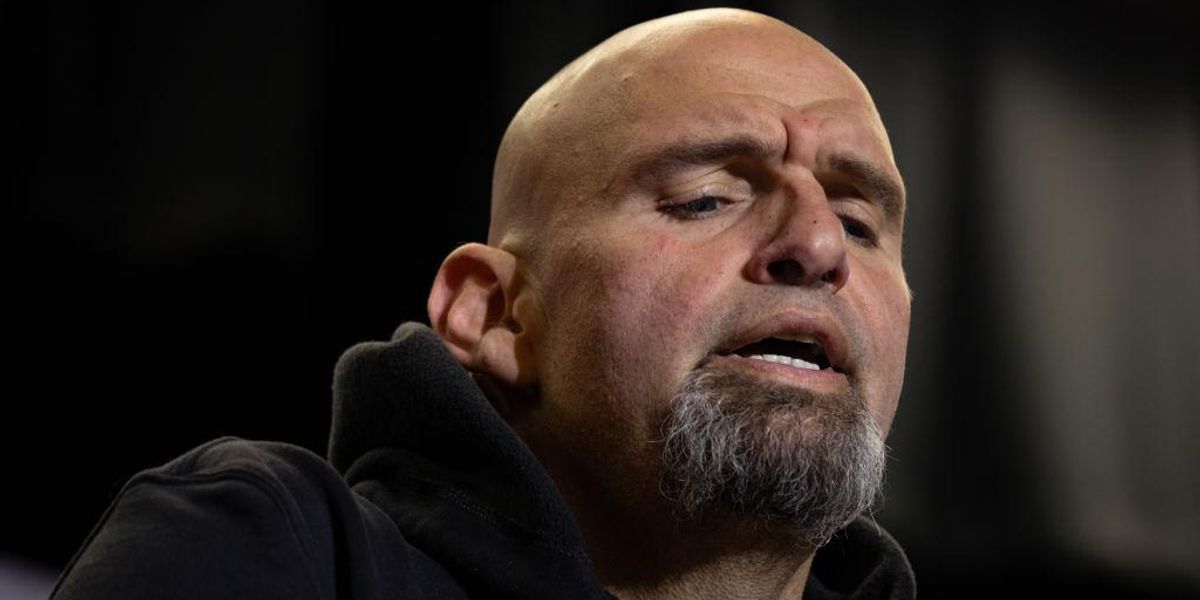 Pennsylvania lieutenant governor and Democratic U.S. Senate candidate John Fetterman will be able to lean on closed-captioning during his Tuesday debate with GOP competitor Dr. Mehmet Oz — Fetterman’s campaign demanded the accommodation for the candidate who suffered a stroke earlier this year, according to a Monday memo.

“This debate is unprecedented — there’s never been a closed-captioned political debate in a high-profile Senate race where one of the candidates is dealing with a lingering auditory processing challenge while recovering from a stroke,” Fetterman adviser Rebecca Katz and campaign manager Brendan McPhillips declared in the memo. “John has had a remarkable recovery, but the ongoing auditory processing challenges are real. The campaign insisted on closed captioning technology because it’s necessary.”

Fetterman’s team is warning that Oz, who previously spent years as a TV show host, is poised to outperform Fetterman during the event.

“We’ll admit — this isn’t John’s format. Look no further than the debates from the primary earlier this year,” the message stated, asserting that “Oz clearly comes into Tuesday night with a huge built-in advantage.”

“We are prepared for Oz’s allies and right-wing media to circulate malicious viral videos after the debate that try to paint John in a negative light because of awkward pauses, missing some words, and mushing other words together,” the memo states. “The captioning process may also lead to time delays and errors in the exchanges between the moderators and the candidates. In fact, because the captions are going to be typed out by human beings in real time, on live TV, some amount of human error in the transcription is inevitable, which may cause temporary miscommunications at times.”

u201cIn a memo sent to reporters, the Fetterman campaign seeks to lower expectations for tomorrowu2019s debate with Oz: u201cWeu2019ll admit u2014 this isnu2019t Johnu2019s format u2026 if weu2019re all being honest, Oz clearly comes into Tuesday night with a huge built-in advantage.u201du201d

Fetterman’s primary care physician Dr. Clifford Chen indicated in a note earlier this month that Fetterman “continues to exhibit symptoms of an auditory processing disorder which can come across as hearing difficulty.” But Chen wrote that, “Overall, Lt. Governor Fetterman is well and shows strong commitment to maintaining good fitness and health practices. He has no work restrictions and can work full duty in public office.”

Chen has donated to Democrats, including Fetterman, according to the Washington Free Beacon.

“This isn’t about politics,” Fetterman campaign spokesperson Joe Calvello told the outlet, according to an article from last week. “It’s an independent, detailed medical report written by John’s primary care doctor based on his latest office visit from last week.”

1,600 years before Plymouth, a Thanksgiving feast took place in Israel just before the most important week in human history — and it was all about gratitude
The Left Doesn’t Value Free Speech, and That’s a Problem
Oregon caught lying in report about covid hospitalization rates among children â€“ are they just making up numbers?
If mRNA is now being found in breast milk, then covid “vaccine” safety claims are lies
NewsBusters Podcast: Non-Binary Murderer Ruins the Leftist Colorado Narrative