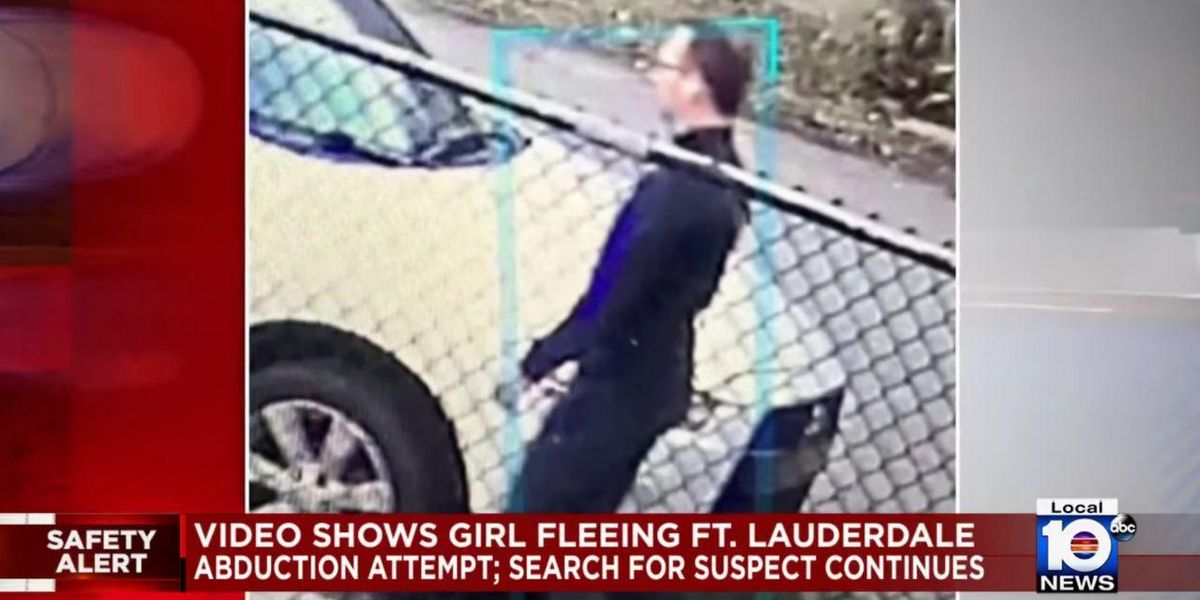 A surveillance video released to police last week captured a 10-year-old girl running from an attempted abductor while walking to school in a Fort Lauderdale neighborhood. The suspect reportedly approached the child in two separate instances, once on Wednesday and then again on Thursday.

The girl told authorities that as she walked past his van on her way to school, he opened the door and attempted to lure her inside the vehicle with promises of candy.

The victim’s mother told WPLG, “She said this man had parked the van on the side of the street and he came over and he opened the door and he asked her if she wants some candy.”

According to WSVN, when the girl did not voluntarily enter the vehicle, the suspect attempted to pull her inside. A struggle ensued, but the child was able to run away.

The girl told police that her lanyard fell off during the struggle, and the suspect took it.

“At some point, the suspect exits his vehicle and attempts to grab this 10-year-old child,” said Fort Lauderdale police Detective Ali Adamson.

According to the victim’s mother, the child stopped at the nearby elementary school, which she does not attend, to report the incident to a staff member.

“I don’t know why the school didn’t alert me,” the victim’s mother stated. The elementary school stated that they have no record of the first incident being reported.

The child’s mother stated that during the second incident on Thursday, the suspect told the child, “Yesterday you didn’t get your candy or anything, here’s your candy.”

This time, the male suspect pursued the child on foot, police reported.

“A witness in the area approaches them, and asks the 10-year-old if she knows this man,” Adamson continued. “She says no. At the same time she’s saying no. The suspect says, yes, they do know each other and that he is her grandfather. The witness, realizing that something’s not right, instructs the 10-year-old to run. She runs to Bendle Elementary where she reports it to the staff.”

In the surveillance video, the girl is seen sprinting down the street away from the suspect. The video captured the man following the girl down the block for a moment but ultimately deciding to turn around and head back toward his vehicle.

Fort Lauderdale police are still searching for the suspect. He was described as a white male between 25 to 40 years old with short brown hair and was reportedly driving a black-panelled van.