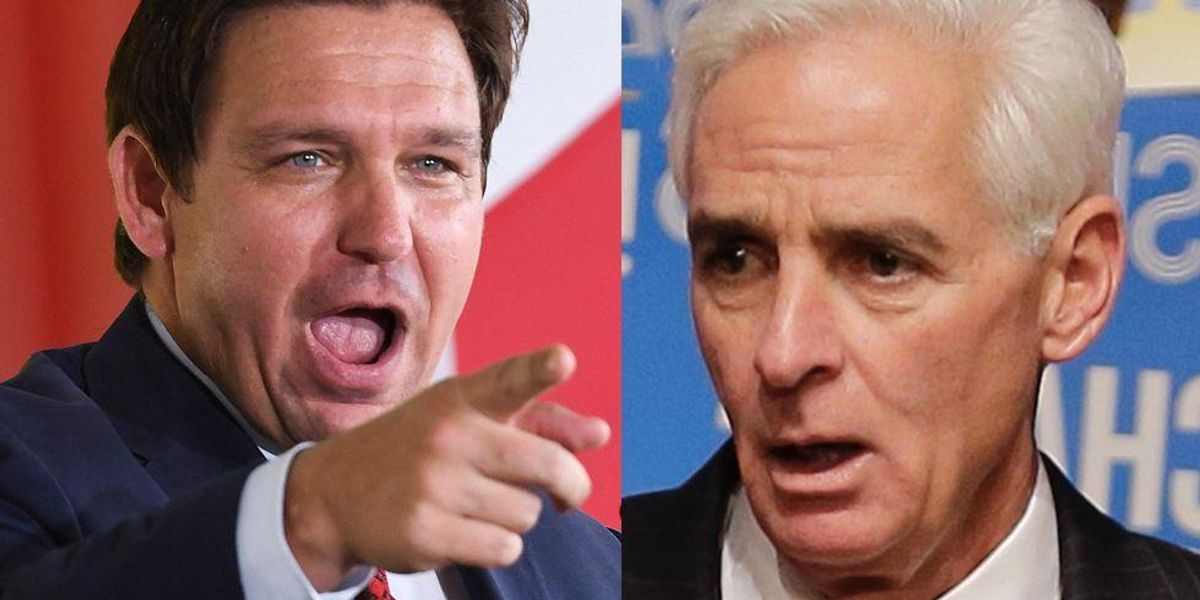 The Florida gubernatorial campaign took a bizarre turn when the campaign for Democrat Charlie Crist accused Republican supporters of yelling “refried beans” at his running mate when they were actually chanting “keep Florida free.”

The embarrassing episode unfolded when Julio Ligorría, a Democratic communications strategist, accused supporters of Republican Gov. Ron DeSantis of a racist chant against Crist’s running mate, Karla Hernández-Mats, who is a Honduran-American.

“DeSantis supporters shouting ‘refried beans’ at karla as she was walking into the theater for the debate,” he tweeted with a video of the supposed chant.

“Sad state of politics to say the least,” he added.

He was immediately assailed by those with better hearing, including Christina Pushaw, the rapid response director for DeSantis, who pointed out they were chanting “keep Florida free,” the motto of the campaign.

Democrats like comedian Pete Dominick of “Last Week Tonight” retweeted and amplified the false accusation. He later deleted the post, apologized, and then deleted that apology.

“Guilty of being human folks — turns out my ears deceived me and in the heat of the moment tweeted out a video of DeSantis supporters chanting ‘keep florida free’ thinking they were saying something disparaging. Holding myself accountable for not being more careful! Apologies,” he tweeted.

Ligorría later deleted the original tweet and locked down his account so that no one could read his tweets.

The governorship of Florida is a key office that could help swing the presidential election in 2024. A Spectrum News/Siena College poll released earlier in October found that DeSantis was beating Crist among likely Florida voters with 49% to 41%, respectively.

DeSantis is one of the more popular governors and is considered to be a frontrunner for the Republican presidential nomination in 2024.

MacIntyre: The Twitter Files reveal the left will win at any cost
Former transgender Navy SEAL announces de-transition, says he was ‘propagandized’ and pulled into a ‘cult’: ‘Everyone is converting all these kids into transgender’
Janitors’ union called a strike outside Twitter, so Elon Musk cancelled its contract and fired the janitors
Five Key Takeaways From the Georgia Senate Runoff
MORE Twitter Files: Taibbi Says Former Top FBI Lawyer Complicated Hunter Biden Docs Release