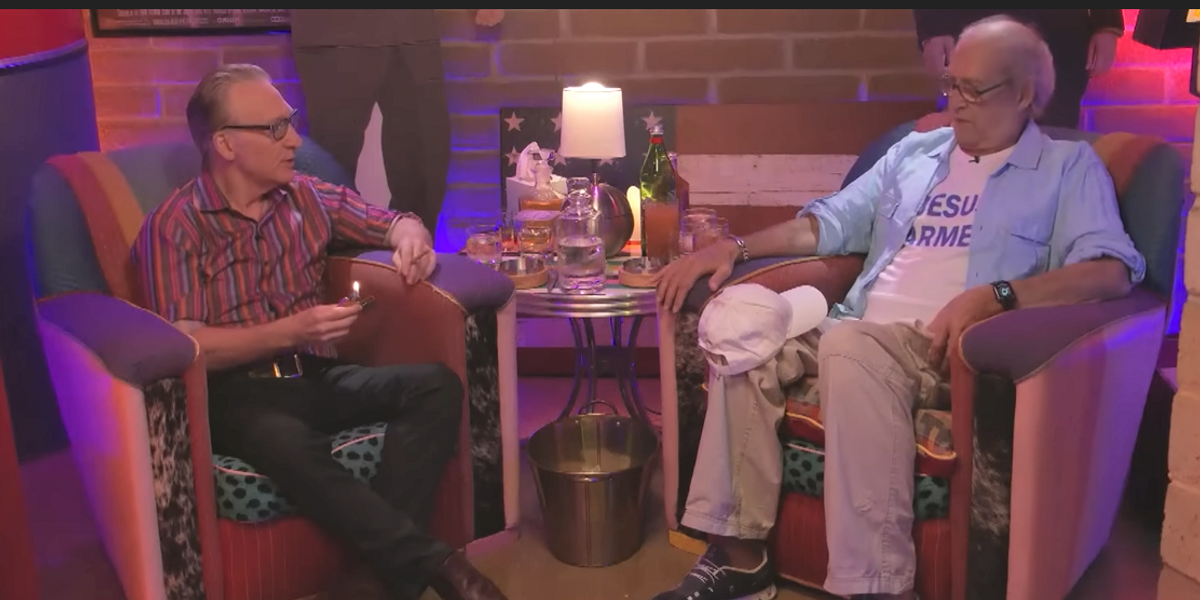 Comedy legend Chevy Chase joined Bill Maher’s “Club Random” podcast to talk about everything from what it was like to work with Burt Reynolds, John Belushi, and Dan Aykroyd to the one word you should never say to a woman and how President Joe Biden’s infamous falls on the stairs of Air Force One remind Bill of Chase’s 1975 impression of President Gerald Ford.

“I liked Ford in the sense that he was a nice fella. He invited us to the White House, God knows why,” Chevy recalled. “He was a good guy. He was nice, just a Republican ass.”

“Not to get political, but that’s what we have to get back to —” Bill said.

“Not hating people,” Bill said. “I mean … yes, I think that about a lot of Republicans, always have. And a fair number of Democrats as well. But even the ones who I think are politically, yes, ‘asses,’ I’ve known for 30 years doing the two shows I’ve done, they are often some of the nicest people when you talk to them offstage. … That is what America has to get back to being able to do, and just get over yourself.”

Bill has never been one to hold back opinions. He recently invited BlazeTV’s Dave Rubin onto “Club Random” and, true to form, he wasn’t shy about roasting his guest whenever he got the chance.