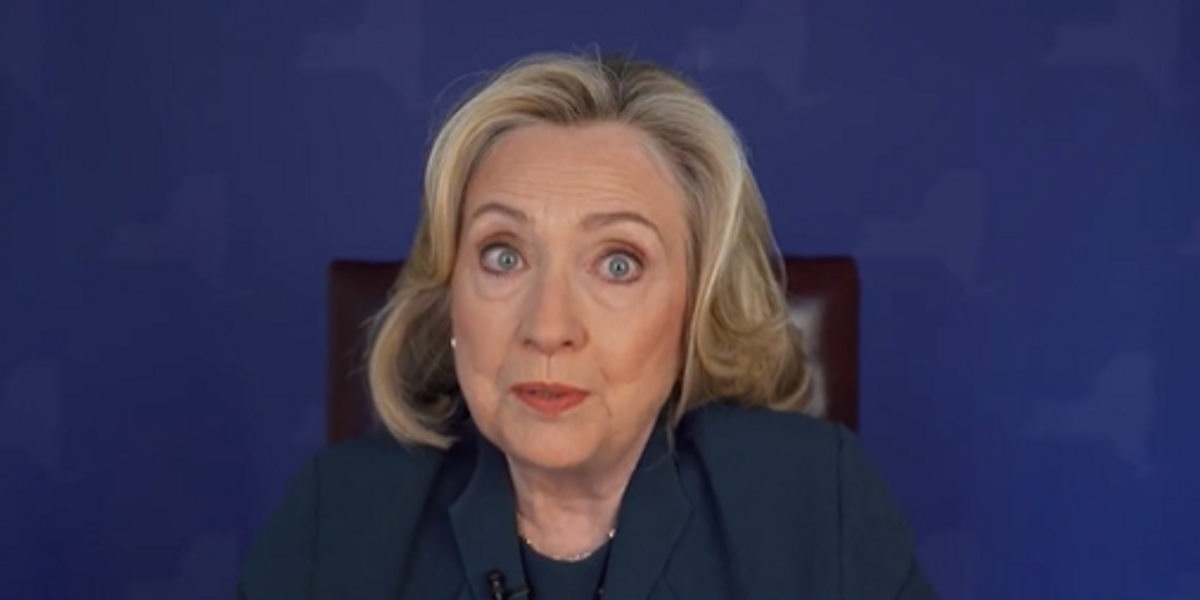 On “The News & Why It Matters,” BlazeTV host Sara Gonzales and guests Jaco Booyens and Grant Stinchfield talk about a viral video of former Democratic presidential candidate Hillary Clinton claiming that Republicans are already planning to “literally steal” the 2024 election.

u201cHILLARY CLINTON: u201cRight wing extremists already have a plan to literally steal the next presidential election.u201dnnu201d

After two years of hearing the message that questioning the results of an election undermines “our democracy,” how is Hillary Clinton getting away with preemptively claiming that “right-wing extremists already have a plan to literally steal the next presidential election”?

“This is really gross stuff coming from the party who [thinks] saying the words ‘election denier’ is like the worst thing that you could be called, according to the left,” Sara said.

“Yet, in history, we’ve got Stacey Abrams who still thinks that she’s the governor of Georgia. I’m not sure that she’s gotten the memo yet that she did not actually win that election. You’ve got … Hillary Clinton parading around talking about how she really would have won [in 2016] and she was the rightful winner if it weren’t for Russia’s interference,” she added. “Democrats have a very long history of denying elections, and now all of a sudden ‘right-wing extremists’ already have a plan to steal the 2024 election?”

Watch the video clip below to catch the conversation or find full episodes of “The News & Why It Matters” here. Can’t watch? Download the podcast here.

DELUSIONAL: Hillary Clinton likens PRO-LIFE movement to using ‘rape’ as a ‘tactic of war’
Tom Hanks is selling coffee for a good cause
White House hosts celebs, politicians, and others for decadent state dinner that includes caviar-dolloped lobster as Americans grapple with soaring inflation
NewsBusters Podcast: Free Beacon vs. the Biden-Friendly Press
Is Trump Having a Kanye-like Meltdown?