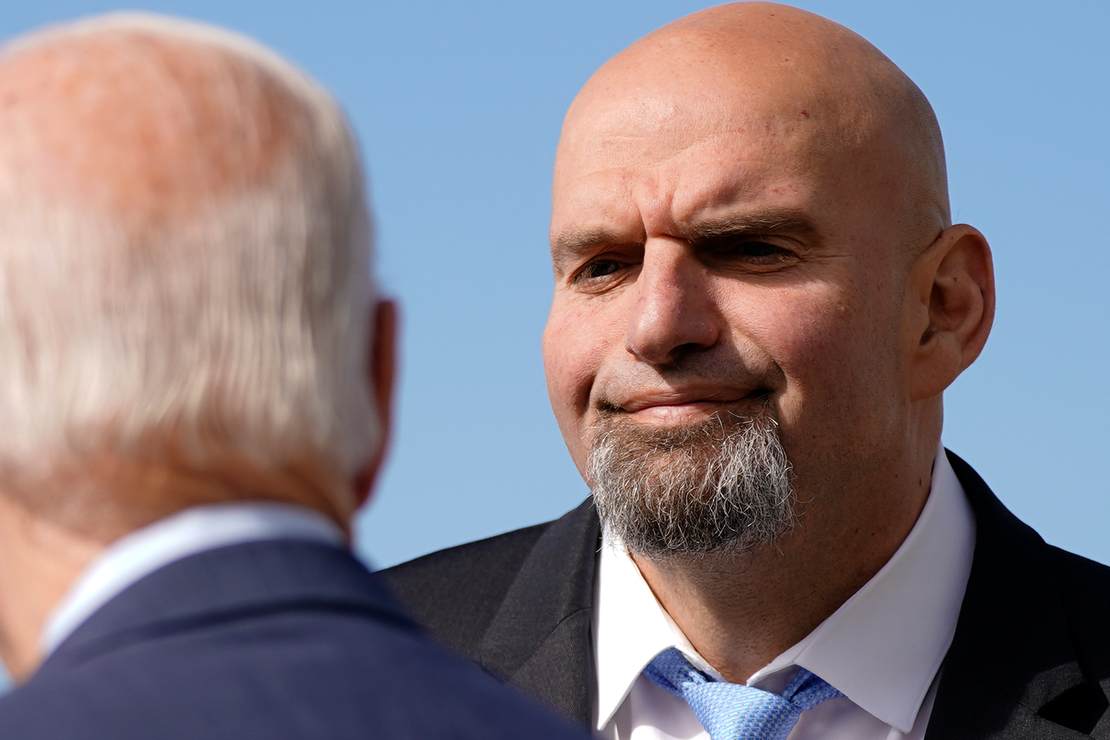 If you watched the debate between John Fetterman and Dr. Oz Tuesday night, it was probably one of the longest hours of your life unless you were a delusional liberal who was determined to praise Fetterman simply for showing up.

“What John Fetterman is doing right now in the midst of his recovery – so publicly, on the same stage as a smirking TV doctor – is remarkably brave,” writer and Obama alum Pat Cunnane claimed on Twitter.

“He obviously was bullying him and, you know, I don’t think the people of Pennsylvania or the people in general like that because Fetterman raised $1 million after that debate,” she claimed. “And I think it takes real courage to show that you have been knocked down,” Hostin added, echoing Fetterman’s debate line.

“It takes real bravery to allow people to see your weakness, right?” she continued.

Was it really? Not every liberal in the media agrees.

“John Fetterman’s ability to communicate is seriously impaired. Pennsylvania voters will be talking about this obvious fact even if many in the media will not,” MSNBC host Joe Scarborough admitted. “This is painful to watch regardless of one’s politics.”

Scarborough is hardly alone. “Democrats are asking the same thing post-debate: Why did Fetterman’s team allow him to take the stage tonight?” Al Weaver, a reporter for The Hill, tweeted Tuesday night. “No one I’m talking to on the left has a good thing to say about what just took place.”

I highly suspect that even those on the left who are publicly praising Fetterman (who are likely the same people who spent eight years mocking George W. Bush as stupid for his verbal gaffes and how he pronounced ‘nuclear’) are privately terrified. Knowing that control of the Senate could very well come down to the outcome of this election, I suspect most are now thinking that Fetterman should have dropped out months ago.

That would have been the brave thing to do.

It would indeed have been a painful move to make, having just won the Democratic primary. Still, clearly, Fetterman was only thinking about himself, not the Democrat voters in Pennsylvania or nationwide hoping to maintain control of the U.S. Senate. As a result, Fetterman spent weeks missing from the campaign trail. When he finally started campaigning again, his appearances provided ample fodder for Republicans to point out that he was not well yet.

And Fetterman had an opportunity to do the brave thing and put his party before himself when it was clear that he still had a long way to go on his road to recovery.

According to the bylaws of the Pennslyvania Democratic Party, Fetterman could have withdrawn his candidacy, and the State Democratic Committee would then be able to vote on a replacement candidate (See Rule IX: Vacancies).

The decision to withdraw over his health problems would have been difficult for Fetterman. But that doesn’t change the fact that it would have been the right one to make and the brave one, too. Another candidate, one less radical on crime and not cognitively impaired, would likely have a similar lead in the polls as Democrat gubernatorial candidate Josh Shapiro.

Instead, he’s deliberately trying to cover up the extent of his cognitive impairments by refusing to release his medical records and instead releasing a note clearing him to serve in the U.S. Senate from his doctor, who just so happens to be a big-time donor to Democrat candidates. It’s not brave for Fetterman to be in this race when he has to deceive the voters about his own health.

But the time for Fetterman to withdraw has long since passed, and it could destroy the Democrats’ chances of holding the majority. Moreover, you can bet that the same Democrats who are lauding Fetterman today and calling him brave will blame him should the GOP win back the Senate if Oz defeats him.