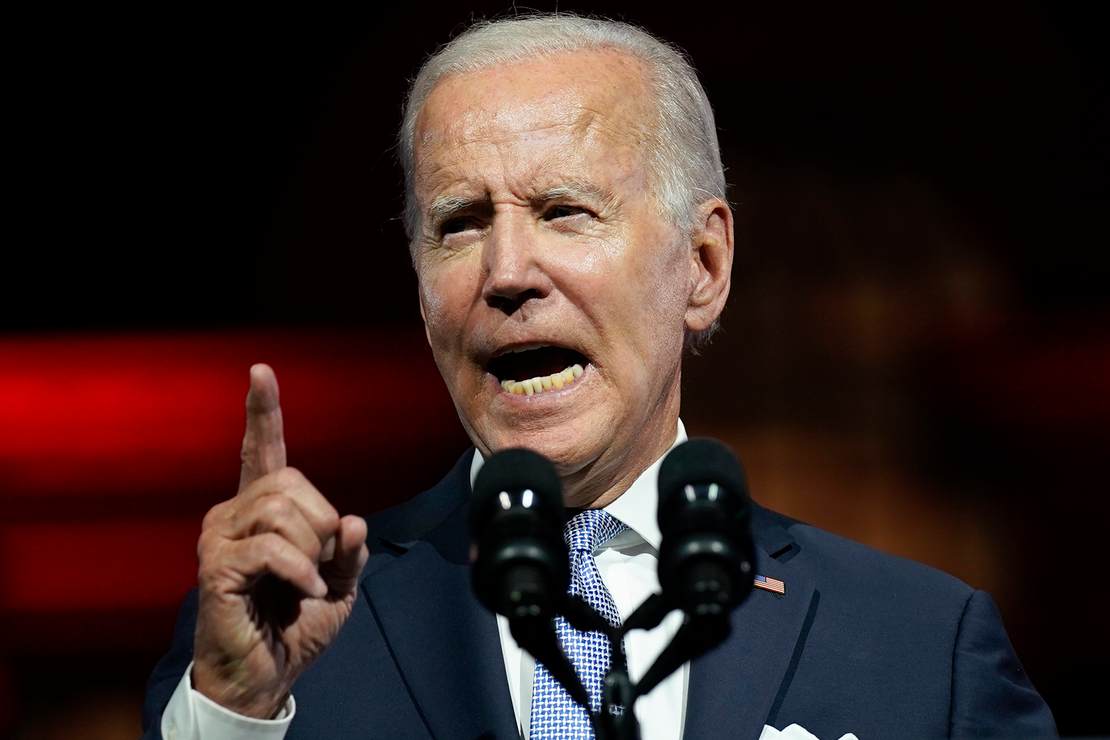 The prevailing narrative being pushed by the mainstream media is that Republicans are “election deniers” and are “threats to democracy.” Arizona gubernatorial candidate Kari Lake, for example, has been asked multiple times if she will accept the results of the election if she loses.

Has the same question been posed to  Stacey Abrams (D-Ga)? I don’t think so. In fact, she has already started fabricating allegations of voter suppression (despite record early voting turnout) in what appears to be a premeditated attempt to deny the validity of her impending loss.

Of course, we know that Democrats instinctively deny election results when they lose. They haven’t accepted the results of any presidential election that they’ve lost since 2000, and most still believe the Trump/Russia collusion hoax.

Therefore, the question of whether or not Republican candidates will accept defeat isn’t the correct question. The question is whether or not Democrats will accept their defeat in two weeks. According to recent polls, the Republican Party is gaining support and may achieve greater success on Election Day than anyone currently anticipates, and it feels like Democrats have every intention of casting doubt on the GOP’s victory.

Actually, it’s more than just a feeling. The evidence suggests that Democrats have already laid the groundwork to challenge the results of the 2022 midterm elections. Back in January, Joe Biden planted seeds of doubt about the legitimacy of the outcome when he outright refused to say if he believed that the upcoming midterm elections would be conducted fairly and the results legitimate.

“Speaking of voting rights legislation, if this isn’t passed, do you still believe the upcoming election will be fairly conducted and the results will be legitimate?” Allison Harris of NewsNation asked Biden.

“Well, it all depends on whether or not we’re able to make the case to the American people that some of this is being set up to try to alter the outcome of the election,” Biden replied.

Well, guess what? The Democrats’ “voting rights legislation” never passed. So, by Biden’s own standard, he doesn’t think the election will be fairly conducted or the results legitimate.

Meanwhile, a mere two weeks before the 2022 midterm elections, which just so happen to look really good for Republicans, the Biden administration is apparently preparing to issue major warnings regarding the security of American elections. According to a report from Politico, an internal administration intelligence bulletin set to be released this week “will lay out details of cyber threats posed by China and Russia, as well as other non-state actors, and potential physical threats to election officials in jurisdictions across the country.”

You can almost see the midterm postmortems alleging that China and Russia stole elections for Republican candidates nationwide. Sure, Dr. Mehmet Oz has closed the gap with John Fetterman in Pennsylvania, but if he pulls off a victory, obviously it’s because of Chinese hackers. In Georgia, if Herschel Walker manages to oust Sen. Raphael Warnock, then by golly, Putin must have changed votes to get Trump’s friend in office.

Curiously, the Cybersecurity and Infrastructure Security Agency (CISA) and the intelligence community have been monitoring possible cyber threats targeting our elections for months, yet CISA Director Jen Easterly recently told reporters  there are no such threats.

“At this time, we are not aware of any specific or credible threats to compromise or disrupt election infrastructure,” she said.

So, you tell me: What’s really going here? Are there any real threats, or is the Biden administration merely planting the seeds of doubt about the Republican Party’s pending victories in the 2022 midterm elections?