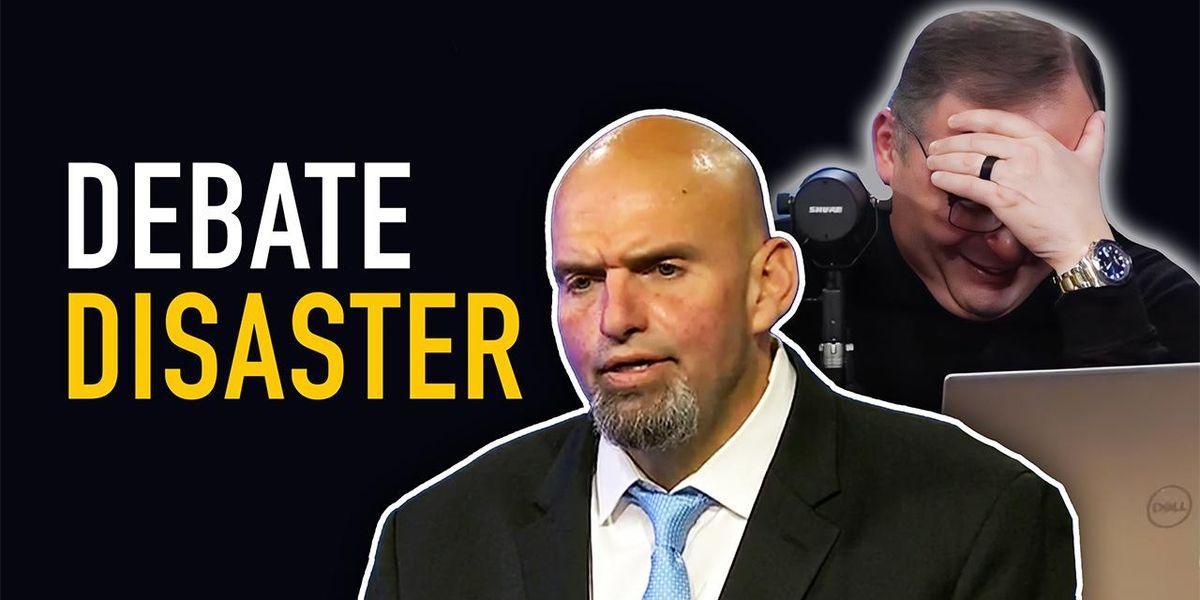 On Tuesday night, John Fetterman and Mehmet Oz went head to head in Pennsylvania for their first and only senatorial debate. Fetterman, the Democrat who suffered a stroke more than five months ago, struggled to form sentences and awkwardly paused throughout his debate performance.

Fetterman began by telling the audience “goodnight,” which set the tone for the uncomfortable back and forth that would follow. On Wednesday’s episode of “The Steve Deace Show,” a producer for the show, Aaron McIntyre, put together a creative montage of debate highlights. The montage compared the moments from the debate to the movie “Idiocracy,” an Eddie Murphy bit, and other things. Video below.

To enjoy more of Steve’s take on national politics, Christian worldview, and principled conservatism with a snarky twist, subscribe to BlazeTV — the largest multi-platform network of voices who love America, defend the Constitution, and live the American dream.

‘Reckless driver’ crashes truck into two cars at a Walmart. Police said it was a dog with a ‘guilty look’ on its face.
Democrats ‘Terminate’ the Constitution to Impose Their Agenda All the Time
WashPost Editor: MSNBC Firing Tiffany Cross Shows Blacks Are ‘Still Disposable’
Air Marshals threaten Biden with ‘mutiny’ if he tries to send them to southwest border
Company That Made Viral ‘Let’s Go Brandon’ Wrapping Paper on Target to Double Last Year’s Sales