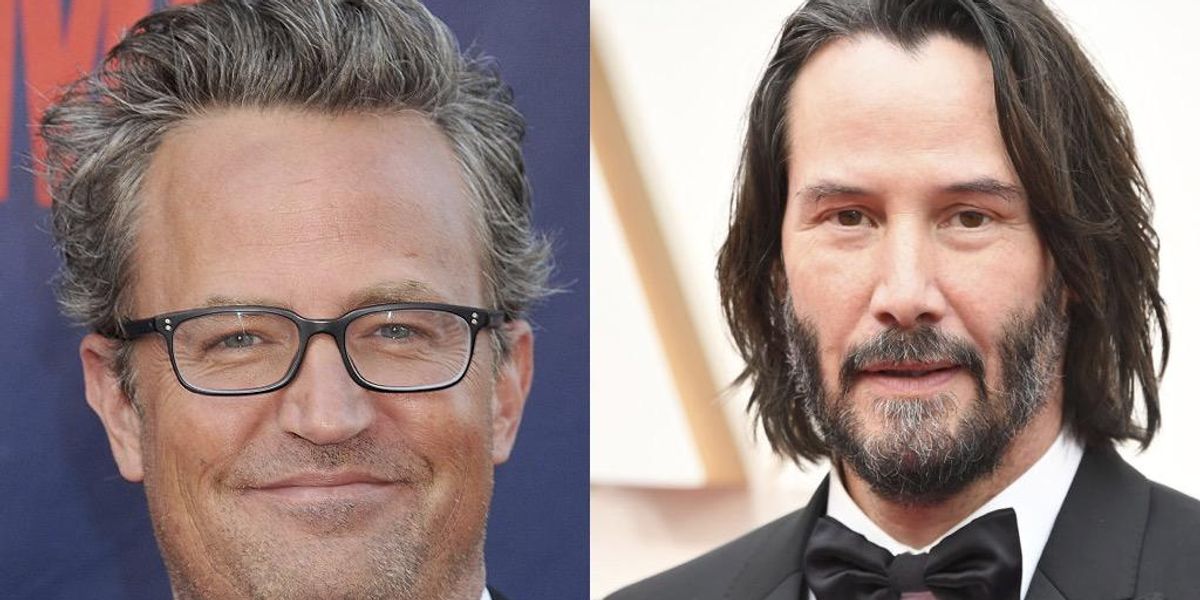 Matthew Perry, an actor widely known for his role on the hit television series “Friends,” has issued an apology about passages of his forthcoming memoir in which he seemed to make digs at actor Keanu Reeves by questioning why Reeves is still alive while other people are not.

According to Variety, Perry wrote regarding River Phoenix, “River was a beautiful man, inside and out — too beautiful for this world, it turned out. It always seems to be the really talented guys who go down. Why is it that the original thinkers like River Phoenix and Heath Ledger die, but Keanu Reeves still walks among us? River was a better actor than me; I was funnier. But I certainly held my own in our scenes — no small feat, when I look back decades later.”

Perry also mentioned Reeves when discussing the passing of Chris Farley, according to the outlet. “His disease had progressed faster than mine had. (Plus, I had a healthy fear of the word ‘heroin,’ a fear we did not share),” Perry wrote. “I punched a hole through Jennifer Aniston’s dressing room wall when I found out. Keanu Reeves walks among us. I had to promote ‘Almost Heroes’ two weeks after he died; I found myself publicly discussing his death from drugs and alcohol. I was high the entire time.”

In an apology statement, Perry claimed that he had picked a random name.

“I’m actually a big fan of Keanu. I just chose a random name, my mistake. I apologize. I should have used my own name instead,” Perry said in a statement, according to People.

Perry’s book, “Friends, Lovers, and the Big Terrible Thing,” is slated for release November 1. “I had to wait until I was pretty safely sober — and away from the active disease of alcoholism and addiction — to write it all down. And the main thing was, I was pretty certain that it would help people,” Perry has told People.

BREAKING: Elon Musk releases the second set of ‘Twitter Files,’ detailing how conservatives were shadow-banned and blacklisted
Antifa thugs attack women protesting potential placement of murderous transsexual in women’s prison: ‘These are the kind of men we want to keep out of the prison’
Column: PBS Gushes Through Democrats Week In Review
Suburban School in Illinois Calls Police on Child with Autism Over Missing Vaccination Records
Idaho Murder Mystery Update: Police Searching For White Hyundai Elantra