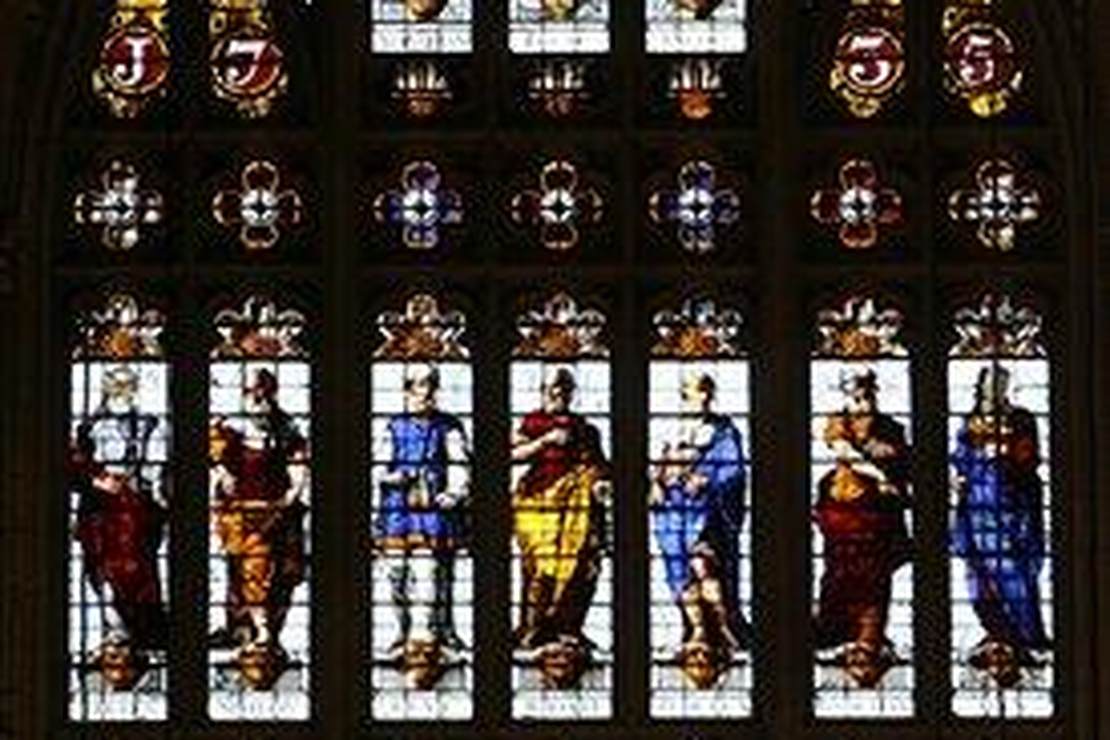 I aspire to be a man of faith. That said, I also admit that I frequently fall short of the mark. It is not always easy to be a “happy warrior” when you peruse the events of the day and write them up for a living. I am not as optimistic as some about the prospect of a red wave and am waiting for the next shoe to drop with a resounding thud. Doom seems to be hiding behind every bush, and just as I think that the world cannot get any more out of control, that people cannot become more debased, and that we must be nearing the bottom, something occurs to prove me wrong.

As a result, I find myself not just perplexed but even angry at God for standing by and allowing the planet and its people to continue to spiral into chaos. I find myself feeling betrayed by an all-loving God who is supposed to put things right but is apparently nowhere to be found.

As Yeats put it in “The Second Coming,” the “rough beast” seems to be drawing closer to Bethlehem.

Turning and turning in the widening gyre

The falcon cannot hear the falconer;

Mere anarchy is loosed upon the world,

The blood-dimmed tide is loosed, and everywhere

The ceremony of innocence is drowned;

The best lack all conviction, while the worst

Are full of passionate intensity.

Surely some revelation is at hand;

Surely the Second Coming is at hand.

The Second Coming! Hardly are those words out

When a vast image out of Spiritus Mundi

Troubles my sight: somewhere in sands of the desert

A shape with lion body and the head of a man,

A gaze blank and pitiless as the sun,

Is moving its slow thighs, while all about it

The darkness drops again; but now I know

That twenty centuries of stony sleep

Were vexed to nightmare by a rocking cradle,

And what rough beast, its hour come round at last,

Slouches towards Bethlehem to be born?

What are our options? We can forget God, accept the world as it is, and participate to the fullest extent in an orgy of satiation and self-preservation. Or we can hide in the sanctuaries of our churches, trying desperately to puzzle out how many blood moons make a rapture and wait for our time to depart. We might console ourselves with the notion that, while evil seems to have the run of the show, it is all part of God’s plan, the details of which we simply cannot fathom. Or amid our frustration, we can figuratively take up arms and storm the gates of Heaven, demanding that the Almighty quit screwing around and restore order and justice, and when there is no answer, turn our backs in rebellion and anger. We can oppose God because He has failed to do what is expected of him.

God, they say, is in the details, but sometimes the details do not seem like enough. And all the talk of agency and how we live in a fallen world can make for scant consolation.

Rebellion did not work out well for Satan in Paradise Lost. And rage-quitting the faith and declaring war on God will not work out well for us. In his foreword to Jules Verne’s 20,000 Leagues Under the Sea, Ray Bradbury spends considerable time on the idea of blasphemy in his study of Captain Nemo and Captain Ahab. Ahab, of course, pursued the white whale Moby Dick, which bit off his leg years prior to the events in the book. Ahab fails in his quest and instead drags almost his entire crew with him to their deaths. Bradbury and Melville both understood that on a certain level, Moby Dick represented an unfair and unpredictable God to Ahab and that there is a subtext that his vendetta against the whale is actually a vendetta against God Himself.

It is tempting to simply remove God from the equation and go about our daily lives. Or we can lose hope or even demand justice or compensation for allowing the wicked and cowardly to prosper to the degree that they have. But there is another option, and it is not as simple as your priest, pastor, rabbi, or another spiritual leader may make it sound from the pulpit or bema. We can live in harmony with God, with the full understanding that to do so may require sacrifices that we may be reluctant to make.

David Green, the founder and now soon-to-be former owner of Hobby Lobby announced last week that he was giving his business away. In an op-ed on Fox News, Green talked about how at one point, he was so sure and proud of his success that he almost lost the business. Green began to think about the rights and benefits of being a business owner versus the responsibility of being a steward. God, Green realized was the owner of the business, while he was merely a manager. Recognizing the sovereignty of God is what led Green to make the starting salary at Hobby Lobby $18.50 an hour, to close at 8:00 p.m. every night, and to shut the doors on Sunday, which could have been one of the chains’ most profitable days. Green stated:

More importantly, I was responsible for the mission and purpose of what I’d been given. When I realized that I was just a steward, it was easy to give away my ownership.

I think every CEO and business leader should consider whether they are owners or stewards. Consider the idea of where your success comes from. I’ve seen many a business with the greatest of ideas not make it, and yet others with the simplest of ideas thrive. I believe that God is the one who grants success, and with it the responsibility to be a good manager.

Best of all, when I made the decision to give away my ownership, similar to Patagonia’s Yvon Chouinard, it allowed us to sustain our mission and purpose. It gives me a bigger purpose than just making money. Like Chouinard said, “Instead of ‘going public,’ you could say we’re ‘going purpose.’”

Moreover, it was under Green’s watch that the company fought and successfully prevailed in the landmark 2014 lawsuit, Burwell v. Hobby Lobby, which had been originally called Sebelius v. Hobby Lobby Stores. A mandate from Health and Human Services would have forced the company to provide abortifacient drugs as part of its healthcare plan. The Greens fought back, stating that the requirement would violate their religious beliefs, which would violate the Religious Freedom Restoration Act.

The Supreme Court ruled in favor of the Greens and Hobby Lobby in a 5-4 decision asserting that a person does not lose his or her religious freedom simply because he or she starts or owns a business. Justice Samuel Alito wrote in part, “Our responsibility is to enforce RFRA as written, and under the standard that RFRA prescribes, the HHS contraceptive mandate is unlawful.” It was a big moment for a company such as Hobby Lobby, which, as large as it is, is a small fish when compared with the mass and might of the federal government and an important one for people of faith and conscience. As a steward of what God had given them, the Greens scored an important win.

I cannot say if God is at work right now. We are tempted to look for signs and clues that it is all part of a plan. But even if God is not guiding an election or a nation, even if there is no plan, we must remember that we are stewards of our lives, and the ultimate question when we wonder where God has gone is not what He is doing for us, but what are we doing with what we have been given.

DELUSIONAL: Hillary Clinton likens PRO-LIFE movement to using ‘rape’ as a ‘tactic of war’
SECRET CDC REPORT: Since the launch of Operation Warp Speed, at least 1.1 million Americans have “died suddenly”
DeSantis Continues to Look Like the Safer Bet in 2024
James Woods to sue DNC over collusion with Twitter to censor Americans’ speech: ‘Scratch a liberal, and you will find a fascist every time’
New Poll Finds Most Americans Support Efforts Of Elon Musk To Make Twitter More Transparent